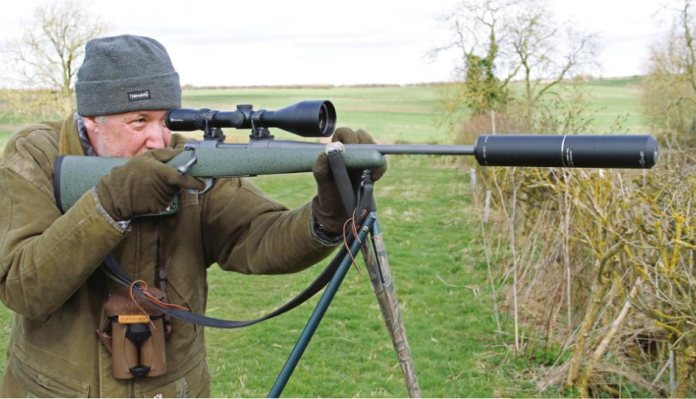 My relationship has blown hot and cold over the years, rather like with the 243 Win; no real reason but some cartridges resonate with me and some don’t. I have shot quite a few 7mm-08s now and, although I would not own one, probably because I have a 7mm Mauser AK Imp, I do appreciate the efficient nature of this short-action .280”.

The 7mm calibre has always been a great all round size, as the 0.284” diameter allows a good degree of surface area to the base of the bullet to aid in propulsion from expanding gases. Also, its relatively slimline nature delivers good ballistic coefficients for superior down range trajectory. Therefore, the 7mm-08 will always be though a good, all round deer cartridge and longer range foxer with lighter bullets.

The 7mm-08 case is one of many wildcats developed from the ubiquitous 308 Winchester case. The 7mm version was no doubt made by some interested shooter before Remington introduced it way back in 1980. In fact, the 7mm/08 wildcat had been written about as early as 1958. It was dubbed the short action rifles dream cartridge for light recoil, superior ballistics and accuracy. Factory loads were quoted at 2860 fps velocity when shooting a 140-grain bullet. The Americans like the 7mm calibre, just look at the huge interest in the 7mm Rem Mag, so the 08 version would be the perfect smaller brother.

The sport of metallic silhouette shooting in the USA really put the 7mm-08 on the map, as it was popular, not only as a rifle cartridge, but also in the long-range pistol category for distant, steel ram targets. The 140-grain bullet is a perfect match for this smaller 308 sized case capacity although lighter 100 or heavier 160-grain bullets still perform well!

Rifling twist rates need to be faster to stabilise these longer, slimline bullets, so the 1 in 9” form are generally the norm. Case length is 2.035” and I’d recommend a trim length of 2.025” for best results. With a cartridge overall length (COL) of 2.8”, you have a 20º shoulder angle for smooth feeding too. Case capacity in H20 is 50.5-grains, compared to 54.5-grains for a 7 x 57mm Mauser but the smaller 7mm-08 achieves similar velocities, as it has a higher working pressure. Like the 308, the 7mm version is best loaded with medium rate burning powders.

Its COL of 2.80” allows it to fit into the generic, short action receiver length of its 308 Win parent and similar offspring like the 260 Remington. The original Remington model 700 was well chambered and the smaller Model Seven allowed for a lightweight compact rifle.

I had a Howa Alpine rifle with a 20” barrel designed as a lightweight stalking gun and also a Remington Mountain S/S model 700 with a 22” tube, so it would be interesting to see the velocity differences. I also know several friends that use 7mm-08s professionally and also for plains game in Africa, so that should tell you something about performance, maybe I should have listened harder?

The Alpine is a scant 20”, which is perfect for a mountain or any stalking rifle in my view, and in 7mm-08 does not affect accuracy at all and only has a small effect on velocity, see RELOADS. Also keeping with the lightweight theme, the barrel profile is No. 1 so thin with a 0.572” muzzle diameter. This is also threaded ½ inch UNF for a sound moderator and has a threaded protector fitted. Inside, being a 7mm cal, you need a relatively fast twist rate and thus it is 1 in 9.75”. I had some Remington 140-grain AccuTip ammo that shot 2677 fps for 2228ft/lbs and solid 1-1.25 inch groups. I also shot some Federal 150-grain Sierra Pro Hunter SP loads, which produced 2601 fps for 2254 ft/lbs and consistent, one inch 3-shot groups, Bingo!

The all-stainless, Remy Mountain had a 22” barrel and again lightweight with a muzzle diameter of 0.563”, set in a Bell and Carlson stock. A lovely light weight gun again, I owned a laminated LSS version in .260 Rem some years ago for Roe on the hill. The Remington 140-grain Core Lokt bullets shot 2712 fps for 2287 ft/lbs and 3-shot groups hovering around the inch mark. The heavier Federal 150-grain loads shot 1.25” groups at 100 yards and 2634 fps for 2311 ft/lbs.

I also had some lighter weight Barnes bullets in this case their TTSX, which uses their usual monolithic, hollow point copper build, but with a ballistic tip and boat tail design. These give superior BCs and expand controllably, as well as being environmentally friendly with their lead-free construction. The Remy was producing 2917 fps for 2268 ft/ lbs and again 1 – 1.25” groupings.

All lightweight barrels heat up quicker, that’s to be expected, but it was not until the fourth or fifth shot that the groups start to spread. That’s in a sighting in and testing routine, where you are shooting relatively quickly compared to hunting; so, in real life, it’s the first shot that counts anyway.

You can see, even with those shorter barrels, that the 7mm-08 is a good and efficient performer with a wide range of bullet weights. I would go the 120 to 140-grain route for all day use, unless it is foxes mainly, then the lighter weights would be better. The calibre and bore size offers a high degree of accuracy and performance potential. Also, when using Barnes copper bullets, I always like to go one bullet lighter to get the same expansion i.e. if I use a 140-grain lead cored bullet I would choose a 120-grain TSX.

I have grown to like the 7mm-08 cartridge after all these years, I would not trade in my 7mm Mauser AK for one, but I can see it’s an efficient case design, has a very good inherent accuracy capability, as well as retained energy and superior ballistics from its higher BC bullets. It is certainly a round that will perform when you want it and adds a different twist to your normal shooting calibres.