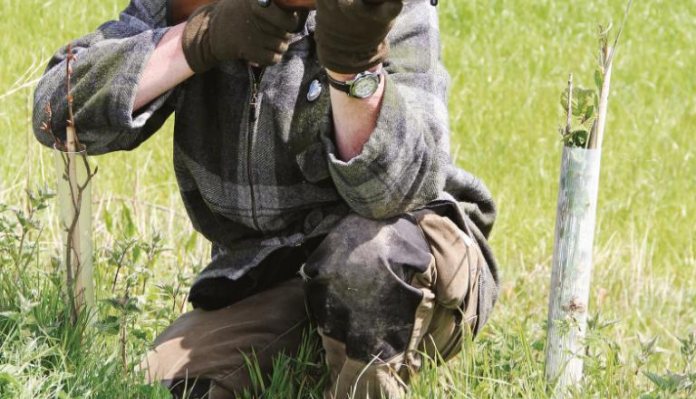 There is a big increase in interest in suppressed rifles in America, with the introduction of the new, 300 AAC Blackout, aka 300 Whisper. People are now realising that 30 cal subs are not just good for covert ops or silhouette target clanging, but actually where the laws are more relaxed they can make fine, short range, hog and deer loads.

Winchester have entered the sub-sonic market with a 308 Win load, using a new bullet build that is designed to expand, which is the trick. It forms part of their Super X range that has served them very well over the decades and the bullet conforms to their Power-Point range of projectiles. This, we are told, is specially designed for sub-sonic use and expansion at these velocities. It uses a 185-grain soft nose and hollow point design with copper jacket and lead core, with the box stressing sub-sonic and suppressed hunting use with a picture of a hog and deer.

To me, in the UK, a 30 cal sub is fun, but loaded right it can make an interesting fox load, but proper expansion is always difficult to achieve. Hence the use of reloads using lighter 30 cal bullets, which kind of defeats the route that use heavier 180-grain + projectile for a sub-sonic velocity and greater energy down range.

With the introduction of fast, bulky powders; IMR’s Trailboss and Vithavouri`s Tinstar, a 308 case can now be used more efficiently as a sub-sonic load. It means less air space and therefore the threat of Secondary Explosive Effect (SEE). A problem with 9 to 10-grains of fast Vit N320 behind a 200-grain, 30 cal bullet, which is a bit position-sensitive, hence the benefits of using magnum primers.

Winchester use, a far as I can tell, a standard primer with the bullet crimped in. The whole cartridge weighs 356.4-grains and its overall length (COL) is 2.546” with a weight to weight variation of only 0.6-grains. I pulled ten rounds, weighed them and the bullets averaged 183.2-grains, so slightly lighter than the 185-grain billed. As expected, the powder used was the bulky, doughnut-shaped IMR Trailbosstype with a charge weight of 10.4-grains filling about 65% of the space.

Winchester states; from an unsuppressed rifle, this load is producing 150dB and, when moderated, drops to 123 dB, which is very impressive. A standard 308 Win is in the 165dB range unsuppressed and suppressed about 130-135dB. So, 123 dB is literally a dull thud, as the dB scale is logarithmic and not linear.

This is where the new Super X subsonic bullet really comes into its own. It weighs 185-grain, which is sensible, as it keeps the length down, which makes it easier to stabilise. This means a 1 in 10” twist, 30 cal barrel is good and a 1 in 12” rate can also just about do the job too. I still prefer a faster twist ie 1 in 7” or 9” for subs but remember people who use this load will also be using normal velocity 308 Win too.

The build shows a conventional copper jacket and lead core but with a few twists. The shape reminds me of the old, glass Coca Cola bottle! As the ogive does not lightly curve down to the tip; instead, is sharply reduced in diameter to provide a longer/slimmer nose section that ends in a flat, truncated hollow point. Closer inspection shows the sides of this area are striated or notched to allow the jacket to expand or petal outwards on impact; well that appears to be the premise, behind the design. Oh yes, it has a long bearing surface of 0.71”.

When the bullet was sectioned, the jacket wall was actually quite thick and uniform along its length and the lead core was softer than usual to allow expansion. You have a Ballistic Coefficient (BC) of 0.2598, worked out from the initial (10 foot chronograph reading) and the 100 yard velocity. The factory labelling stated a speed of 1060 fps and 461 ft/lbs of energy, but not what rifling twist or barrel length was used.

Because sub-sonics are slow; rifling twist, depth of groves, neck tension and bullet bearing surface all play a big part in the overall performance of this sort of ammunition, it would be interesting to see how they performed in the test guns.

The Norma Alaska load drops from 2612 to 1420 fps at 400 yards, with a total loss of 1192 fps with a charge of 45-grains of powder, so 25.6 fps loss per grain. The Winchester Subs drops from 1053 fps to 812 fps at 400, only a total drop of 241 fps with a charge of 9.5-grains! That’s 25.4 fps loss per grain. So actually, the losses, if calculated in fps per grain of powder are very similar, it’s just the overall energy difference between the two that is marked. Subs are efficient, but can they kill effectively?

Quick Target, as always, was a real benefit, as I could enter the data and re-adjust the BC for the bullet from my results and weather conditions to get an accurate trajectory read out. Essential for any rifle, but especially for the curved trajectory of the 308 Win subs. Actual down range performance in the ballistic media was typical of this sort of ammunition.

I was expecting more expansion and mushrooming of the bullet. It was only the top section that splayed back to create an overall diameter of 0.398” over the original 0.308” of the unfired round. And despite a softer core, expansion stopped at the bearing surface area and this is quite tough media too.

Due to this, I had a total penetration of the media, which was 6.5” and then a further 6” into the backstop media! It started to expand at 1.5” in and then just produced a shallow wound channel, no large cavity as a V-Max or Ballistic Tip would. For vermin control, that’s too much and ricochets, always the bain of heavy subs will occur. However, you have to remember that these are designed to penetrate into a hog in the States and, as such, will do that job well, with sufficient energy to be lethal. This must not be confused with UK deer legal, as drilling, what amounts to a calibre-sized hole in an animal, even in the right place, may not result in an instant knock down.

Accuracy was really good from all three rifles, the SSR just shot MOA all day and some real bug holes too, before the other sub-sonic centrefire problem reared its head! Copper fouling build up causes fliers, so clean every 30 shots or so and all will be good. It was very quiet, especially with a sound moderator fitted and, from the full length SSR`s mod, you could almost hear the firing pin drop! Some factory 308 subs can be over the sound barrier, but these Winchesters were all very quiet; lovely.

Not for everyone, but I like sub-sonic centrefires and really their use is a bit of fun, clanging away at silhouettes to get your eye in without making any noise. For vermin control, i.e. foxes here in the UK, accuracy is well up to it, and even a head shot will be humane, but the risk of ricochets still poses an issue. Maybe deeper striated jacket and more hollow point for the British market?