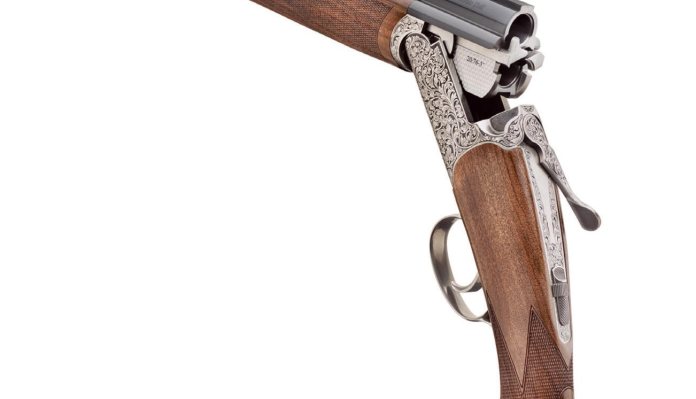 The Game Fair, Britain’s most prestigious countryside event has announced the highly regarded EJ Churchill as its new partner for The Shooting Line at Ragley Hall.

The joining of these two power-houses cements The Game Fair as the shooting event of the summer. Known for their high-standards and exciting sequences, catering for all abilities, EJ Churchill are working exclusively with The Game Fair Team to create new competitions, demonstrations and Have a Go stands.

As the No.1 outdoor shooting event in the UK, The Game Fair, prides itself on the extensive Gunmakers Row and interactive Shooting Line encouraging both newcomers and experienced competitors to enjoy all that the shooting industry has to offer.

EJ Churchill are celebrating their 125th anniversary in 2016 as one of the world’s finest Gunmakers, having first started in London in 1891 with Edwin John Churchill opening the first workshop the thriving business is now based at the West Wycombe Estate, seat of the Dashwood family. This year EJ Churchill have the privilege of hosting the World Sporting Championships and their excellent heritage makes them the perfect partner for The Game Fair Shooting Line.

Discerning game shooters looking for an elegant shotgun with a difference will be impressed with the stunning Pernice Round Body from renowned firearms manufacturer Zoli of Italy.

Produced to the exacting standards Zoli shotguns are renowned for, their stylish designs, supreme accuracy and balance and are becoming increasingly popular with both clay and game shooters alike.

Distributed by Edgar Brothers, the UK’s largest wholesaler of firearms and ammunition, the Zoli Pernice has been especially designed for game shooting and comes as a 20 bore, a calibre that is becoming increasingly popular among game shooters wanting a lighter, faster shotgun than a traditional 12 bore.

The notable feature of the Zoli Pernice is its round body receiver which not only gives it its strikingly sleek looks but is normally only featured on far more expensive guns. The Zoli Pernice also incorporates fine engraving and a release catch on the end of the forend, rather than in the usual position, which is in keeping with the design of the gun. The shotgun is available in two grades of wood, the Grand Lux and Ambassador.

Derek Edgar, Managing Director of Edgar Brothers, commented: “Zoli shotguns have long been associated with Italian style combined with the very best in engineering reliability. The new Pernice brings these credentials into one beautiful creation that will bring many years of enjoyment to its owner. We are absolutely delighted with the end result of the Pernice, having seen it come to life over several years and once again Zoli has excelled itself.”

The Pernice has an MSRP of £4995 for Grand Lux grade wood and £5989 for Ambassador grade wood.

Shooters seeking an elegant, beautifully crafted over-andunder shotgun will have all their needs met with the new 206 Double Crown 12 gauge ejector from Akkar of Turkey.

Distributed by Edgar Brothers, the Akkar Double Crown is available with either a black or a brushed steel receiver and has a stock constructed from Grade 1 Turkish walnut with an oiled finish. This makes it more resilient to knocks and scratches in the field compared to traditional lacquered finishes.

The Akkar Double Crown (MSRP: £1075) features matte black chrome barrels, which are available in 26-, 28- and 30-inch lengths, a surface hardened steel receiver, a 5mm vent rib and a fibre optic bead sight. Weighing just over 7lbs it comes with five mobile chokes, an auto safety, a single selective trigger, and is available in both left- and right-handed versions.

Akkar, which was established in Istanbul, Turkey, in 1989, has gone on to build a reputation for its superior quality firearms which it supplies to civilian and law enforcement markets around the world.

Derek Edgar, Managing Director of Edgar Brothers, commented: “Because all the component parts of Akkar’s range of shotguns are made in-house at its state-of-the-art production facilities, this gives the company complete control over quality, function and design. The Akkar Double Crown not only looks good, but is beautifully built, shoots extremely well and also offers excellent value for money.”