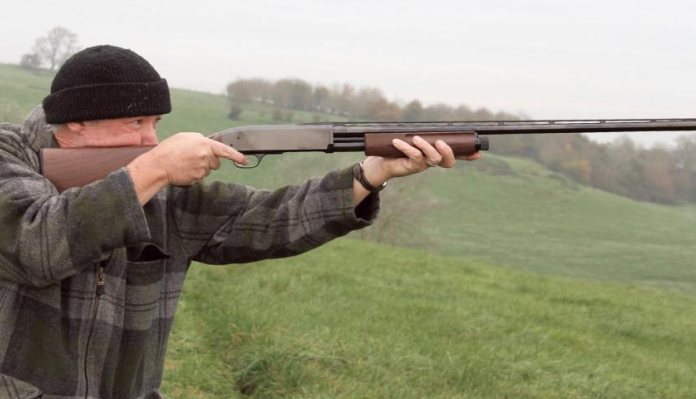 I thought rifle shooters argued the toss about the best cartridge or calibre for shooting, it turns out shotgunners are just as bad! ‘My gun is bigger than your gun’, is rife in the scatter gunner’s game too, but logic suggests the 12-gauge is still King and the 20-gauge is not far behind. Trouble is, people like something different and that’s why the .410- and 28-gauges have made a resurgence in recent years; but languishing behind has been the 16-gauge, which is odd as it has a good following in America and almost mythical status in Europe.

However, people are slowly realising that the old 16-gauge is actually a cracking cartridge and more and more manufacturers are offering this calibre as an option. Cartridges too are beginning to be loaded more for the 16 and that’s a good thing, as once you have shot a sixteen you have to wonder, why shoot anything else?

I had a Browning BPS pump action 16-gauge shotgun to hand and set about shooting a variety of ammo bought from Just Cartridges near Witney, to see if all the talk was true and the pattern boards would prove it.

People in the know have always said to me that the 16-gauge is the logical choice, why? Well, a 16-gauge lead ball weighs precisely one-ounce; the ‘calibre’ is 0.662-inch, so exactly 2/3rds of an inch. But best of all, and I understand this having shot many a 6mm PPC rifle cartridge, the shot column is dimensionally correct for a perfect pattern, as a 16-bore 1oz has a dimension of 0.662-inches wide by 0.837-inches high.

Sounds a bit fanciful but there is real validity here; as with rifle cartridges, there is always a sweet spot between bullet weight and powder charge, which is true also with shotguns. The 16-gauge combines enough bore dimensions to hold a decent shot charge weight, without having too long a shot column that causes friction and poorly spread patterns.

In the old days, one ounce of lead shot or solid ball equated to 16-gauge and so it was an obvious choice to use this for ball guns as well as double rifles and combination guns, hence the interest on the continent. It was also perfectly weighted to be used in a 6-pound double gun, so all balanced ballistically and ergonomically.

So, why are we not shooting more 16s? Well, we all blamed it on the Americans! Their Skeet rules only allowed 12-, 20-, 28-gauge and .410- bore for competition, so it literally killed the 16. If you think about it, people shoot far more cartridges in competition than for field use, so the 16-gauge’s exclusion sealed its fate, as manufacturers turned their attention to perfecting the four ‘legal’ calibres. It smacks a bit like Health and Safety laws gone mad, or people bad mouthing the .220 Swift, due to poor barrels not calibre to me.

Ballistically, the 16 gauge falls between the 12- and 20-gauges and is best with a shot weight of about 1 ounce or 28 grams. So, the only thing holding it back is poor information, lack of cartridge choice and well, nothing!

Surprise, surprise, I had no 16-gauge cartridges to hand; so, a quick trip to Just Cartridges (01865 300066) sorted that problem for me. I had a choice of five manufactures: Winchester, Eley, Gamebore, Lyalvale and Rio.

Gun of choice here was a really nice Browning BPS pump. I use a 10-gauge version for Scottish Geese, so I know the BPS is a great pump action and in 16-gauge, in blued steel and walnut, was a typical as it gets. I only had one choke and this was full.

First up were the Winchester Super Speed Generation 2. These are a green cased 70mm length cartridge with high brass rim. Typically American, they were stoked to the gunnels with 32-grams of No. 6 shot and had a plastic wad. Yes, more recoil but no problems at all in the Browning BPS. At 30-yards, with the full choke fitted, I had 178 No. 6 sized shot hit the pattern board. A slight left bias but still good pellet spread, with 52 inner sector hits and the rest of the load of 126 No. 6 pellets were within 30-inches. A hard hitting, if expensive, load.

Next were the Rio Game C16 cartridges, with their smart red plastic case 70mm hull and 28-gram No. 6 shot payload, a classic upland load. There was definitely a higher bias to the shot pattern but a total of 137 pellets hit, distributed with 43 in the 15-inch central sector and 94 coverage of the rest of the board.

The Lyalvale Express were next in the fray. I had the Supreme game load, which is more traditional, with a 65mm or 2½-inch cartridge size. These blue plastic cases with low rim and loaded with a nice 25-grams of No. 6 shot. with an ecofriendly fibre wadding. This was the best load tested, with the best spread and even distribution of shot at 30-yards. I had a total of 167 No. 6 pellet strikes with 109 in the outer 30-inches, well distributed to each sector and an equally even spread of 58 pellets within the 15-inch centre.

Eley too offer a good 16-gauge load. I had the VIP Game load, the 20-gauge version my son uses on pheasants. You have a 67mm case of blue plastic but fibre wadding. Loaded with a versatile game load of No. 5 shot for heavier hitting shot at range, the 28-gram load ensures a good load density also.

On the pattern boards, however, I had a quite a sparse pellet spread, due to less pellets (being the bigger No. 5 shot). However, the BPS managed to have 127 pellet strikes at 30-yards, with 26 inner hits and 101 outer strikes.

Finally, a really good dependable load from Gamebore, the Regal Game. This is a load that utilises Gamebore’s Diamond shot of 28-gram load with No. 6 shot in a 65mm case and fibre wadding.

At 30-yards, I had from the Browning BPS a total of 170 pellet hits, distributed with 57 inner strikes and 113 outer hits. This load had a good, even pellet distribution and would make a good all-round load.

You know, they are probably right! The 16-gauge is a very fine calibre but as with most things in life, the best design is not necessary the one that rises to the top; being the in the right place at the right time, legal circumstances and luck play a big factor in a cartridges popularity, despite its inherent ballistic advantage.

I will have to try more cartridges and guns in this cartridge, to really get to know it better but its growing on me.