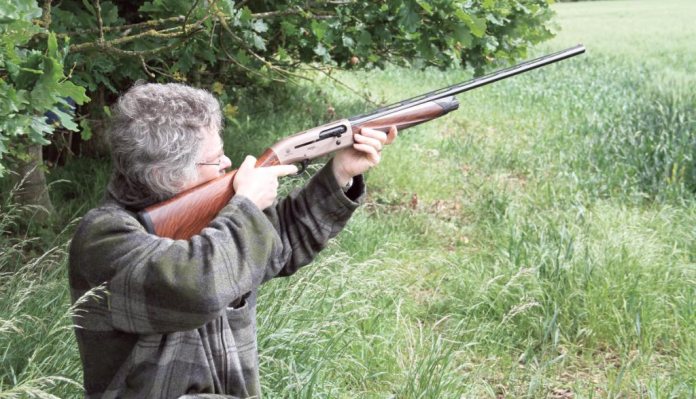 It’s often the smaller things in life that surprise; almost unassumingly and neglected, the alternative shotgun calibres of 16g, 10g and 28g are all making a comeback. Just look how popular the 20-gauge is now, once thought a lady’s round! It’s a cracker and so is the 28-gauge.

As with my rifle calibres, I like small, interesting rounds that just get the job done without fuss, noise or recoil. The 28-gauge fits that criteria in spades and is fast becoming my favourite shotgun round after the .410 cartridge.

Often you can shoot the same weight shot as a 20-gauge but in a smaller package or if you like, reduce the payload for some training or close range pest control. The 28-gauge is a very flexible round, capable of pest and game shooting and I will guarantee that you will be smiling when you topple a high pheasant with one, when the chap next door is booming away with a full on 12g!

The 28-gauge is really one of these misunderstood cartridges, as no one really knows where to pigeonhole it. Most will lump it in with the .410 category of beginner’s load; whilst others have found the attributes only as a quirky Skeet round. For many, the .410 almost duplicates the 28g, as once magnum, .410 3-inch loads shoot the same payload as the 28g, so why bother. These days, that has been re-addressed and loads up to 27-grams are available. Also, more guns are now made in this smaller calibre and prices are down too, making a more affordable gauge to choose.

People will still say that the .410 is as good as a 28-gauge but not now, a 28g will produce higher velocities with less chamber pressure than a .410-gauge and also produce better patterns at greater range; who’s laughing now?

The .410 magnum has a 3-inch case with a max payload of 18-20-grams but in a longer, slimmer shot column, whereas the 28-gauge can have a 27-gram load in a shorter, wider shot column, so a shorter shot column in flight.

The .410 will spread quicker and have the same width as a 28-gauge but the shot pattern will be less even than the 28 gauge, which will have less holes in it. This is also due to the fact that in a 28-gauge, the pellets are less ‘squished’ together and so do not deform as much as the .410 loads.

Available from many manufacturers now and typical sizes are 70mm length but you can get a few 65-67mm lengths, suitable for some classic chambered 28-gauges. Velocities are typically high, at between 1350 to 1450fps and payloads range from 14- to 28-grams, that’s getting into 12-gauge territory. See the flexibility of loads here and you also have a good selection of manufacturers too such as E J Churchill’s, Eley, Fiocchi, Gamebore, Hull, Lyalvale Express, RC, Viro FOB and Winchester.

You also have a choice of wadding too, with usual fibre or plastic wad option but also you are seeing the newer wool wadding for the eco conscious but at a price. Typically, prices range from £8.50 for 25 shells but this soon rises to over £10 for premium brands, with a larger shot payload. You then enter the £12 to £15 range for fibre, wool and copper shot loads and Winchester on its own at £25 and non-toxic Bismuth at £32.

Surprisingly, there is a good choice of 28-gauge cartridge available to the shooter these days, which further reinforces the cartridge’s more popular following. I chose five differing makers and tested them each on the pattern boards with my trusty Beretta 28g Xplor semi-auto. I fitted the ½ choke and shot at 30-yards.

These are available in fibre or wool wadding and priced £15.50 and £13.60 respectively. Both are 70mm cases with a 15mm high brass head and six-star crimped closure. The fibre load is available in 25-grams No. 6 shot size only, whilst the wool load is 27-grams No. 5 shot only. But importantly, both are copperplated lead shot, to increase range and lessen deformation.

At 30 yards, with the wool No. 5 shot, I had a total of 158 pellets on the board; 88 pellets struck the outer sector and a healthy 70 hit the central 15-inches. Very nicely spread and evenly placed, a very nice load albeit expensive.

I had the 21-gram No. 7 shot load, which on the boards shot 113 total pellet count, with a quite wide spread from the lighter load; 77 pellets in the outer sections and 36 within the inner circle. Nice light upland load for snipe this one.

This round is a 2¾-inch plastic case that uses a plastic wad and costs £8.30 for 25 shells and available in 5,6 and 7.5 shot size. The payload is 24-grams of No. 7.5 shot for this round and on the boards at 30-yards and with the ½ Choke fitted, I was achieving unbelievably good and even patterns, some of the best I have tested. The inner 15-inch circle contained 71 pellets and the outer 40-inch had 199 pellets, for a total of 270 hits, superb!

These are available in both No. 6 and 7 shot sizes and priced at £8.80 to £9.90. You can also have a lighter Imperial Game Load at 16-grams in 5 or 6 shot, or a Clay and Game load of No. 7 shot at 18-grams. Again, these are 2¾-inch or 70mm case length and the High Pheasant holds 23-grams of either pellet sizes. These have a fibre wadding system for eco conscious shooters.

These 16-gram light loads shot a total of 139 pellets on target, in a much denser pattern than the Rio, which carried a heavier load! 84 No. 6 shot size pellets were evenly spread around the outer portion and a good even spread to the centre with 55 pellets. Good even and dependable load.

It’s probably pretty obvious that I am a bit of a fan of the 28-gauge! It won’t usurp the 20-gauge or 12-gauge but for those wanting an interesting or just practical shotgun for sensible ranges, why get anything bigger?

There are more and more loads and guns available in this gauge and this Beretta Xplor was a real peach to shoot.