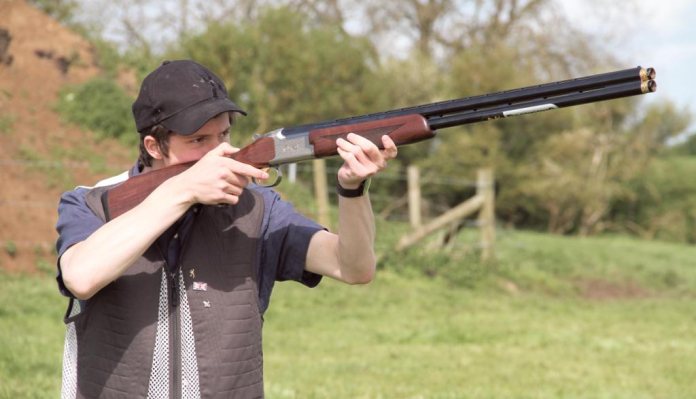 We are all familiar with the normal mainstream cartridges available on the market, but it is often nice to try a few lesser known loads, especially if they are cheaper, yet still pattern well.

Garlands are now distributors for the Clever range of 12-gauge cartridges. These emanate from Verona, Italy and can be viewed on their website www.clevervr. com. I had three 12-gauge cartridges to test, Game load, a Trap load and felt wad Clay load too. Each had its own unique blend of statistics and all shot well on the boards.

This is a 2½-inch or 67mm cartridge with a dark blue plastic case and high brass rim. The head is marked Clever 12g Mirage and you have a six-star crimp at the closure with a weld type seal closure. The name on the box is ‘Game’ but the stamping in black on the case is ‘Mirage High Pheasant’. I had the 30-gram fibre wadded load of No. 6 shot size.

I used a Browning Liberty Light to pattern this load with a ½ choke fitted to the upper barrel. Recoil was manageable, even with the light gun configuration and the 30-gram load shot some nice repeatable even patterns on the boards set up at 30-yards.

I had a healthy total of 165 pellet hits on the pattern board. We had a tad sparse 33 pellets within the inner 15-inch circle and the remaining 132 pellets to the outer sectors.

This load would, as it states, be a good Pheasant load with a group spread of pellets and strikes and also a nice roost shooting load too.

This is a 70mm or 2¾inch case, made from a bluish/ green colour with high brass rim and star crimp like the Game but this time with an eight-star closure. This allows a smooth transition between pellets and cases on firing, as well as even pressures. It also reduces recoil.

Marked on the side walls with ‘Mirage T2 High Performance High Speed Competition’ and also ‘Trap’; they certainly like to mark these cases!

I had the 28-gram load with No. 7.5 shot size with a plastic wad called the Maxi Wad to reduce recoil and maximise velocity.

Really nice load to shoot again, they seem mild but actually have a good turn of speed, indicated by the almost instant shot and pellet strikes.

I had a total of 260 pellets hits with an overall dense and even spread. Of these there were 94 inner 15-inch radius strikes, which is superb and the outer regions had 166 pellets, so no clay would pass through this.

This cartridge has a 2¾-inch or 70mm case length, with dark blue plastic casing and six-star crimp closure. The markings are in gold and read ‘Mirage Fibre’. I had the 28-gram loading with No. 8 shot size.

You have a fibre wad, in fact a felt wad system which is not only environmentally friendly but also allows the shot column to spread more and evenly. This means a high pellet ration to shot weight, great for skeet or close-range vermin.

On the 30-yard pattern board, the Browning Liberty shot 223 pellets within 30-inches, of which 72 clustered into the inner portion and well distributed and 151 pellets to the outer sectors. Very few holes and easy to shoot well.

I always take an open view to any cartridge testing, be that rifle or shotgun. I have learnt not to judge a book by its cover, and if a cartridge and gun like each other, they will shoot well regardless of the cost. The Clever range has an odd name and a bit presumptuous but do not be put off, as from the pattern boards can be seen they shoot very well. Offering an alternative from the main-stream cartridges is a good thing.