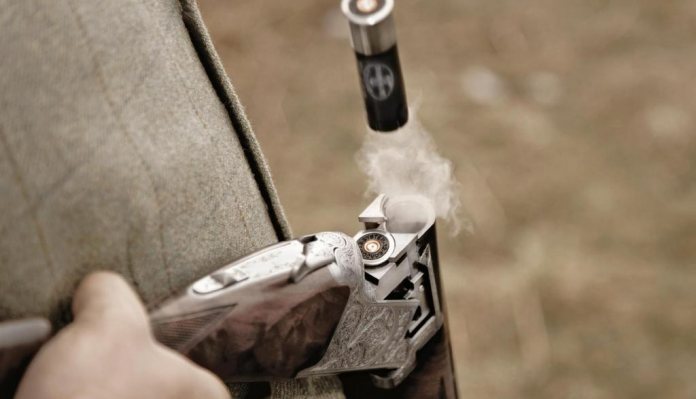 There are four main manufacturers of shotgun cartridges in the UK, of which Gamebore Cartridge Co. Ltd. is one; all have their loyal followers, especially within the game and pigeon shooting communities. It is fair to say that Gamebore tip the others to the top spot, regularly winning recognition in the annual British Shooting Industry Awards particularly with their Black Gold and Dark Storm ranges. Another favourite in the game shooting world is their Regal range, which covers the diminutive calibres and looks after some of the older guns with shorter chambers too.

It has long been a bug bear of mine that I have struggled to find a cartridge with a fibre wad that performs how I would like it to in my 28 bore. There are several shells with plastic wads from a whole host of mostly foreign manufacturers, which are available in many different weights and sizes of shot. To be fair to them, the majority seem to work very well, but there is still the niggle about throwing plastic around the countryside. It is very hard today to look at or listen to any form of media without the problem of pollution being talked about. And as responsible shooters, using the countryside for our pastimes or to earn a living, we really do need to try to do our bit. No one even hesitates about picking up spent cartridge cases, yet spare little or no thought about the wad being thrown over the landscape.

So, rant over and back to my quest for a fibre wad cartridge that performs well both in my 28 bore and at the receiving end. A chance meeting with David Scott, the UK Sales Manager for Gamebore, in one of my local retailers, led to about an hour of us talking about cartridges and where they are heading. Pleasingly, he was very interested to hear my views and let me know how Gamebore are constantly involved in R&D, to improve on their products.

It would seem that as a company they have sought out the opinions and experiences of many shooters and have acted upon the information that has been received. To this end, and over the coming months, I will be looking at various cartridges in an assortment of calibres, loads and shot sizes.

With the game shooting season rapidly approaching, hopefully meaning I will be fortunate enough to get the chance to have a shot. And wanting to be familiar with the ammunition I will be using, I thought this would be a good opportunity to try and find a cartridge with a fibre wad that both me and my gun can get on with; in this case, a Beretta 686 Silver Pigeon, which I tested last month.

The cartridge in question this time is the Regal Diamond 25-gram load in #5 shot, this is a 70mm case with high brass head and a six star crimp.

The cases are red plastic, which is the more common colour for 28 bore cartridges and having gone through 100 shells they all appear very even, with none showing signs of being deformed or having an odd pellet pushing proud of the case. The cartridges are very smooth to fire, in no way giving the recoil that one might expect from what is essentially a heavier 28 bore load. From what David told me, a lot of work has been done at Gamebore, looking at burn rates and pressures generated by different powders, to give shooters the goods to hit hard at the quarry end, with no discomfort at the user end, which has been something that people did pass comment on in the past.

With the development of these fresh propellants now in use, combined with the Diamond hard shot that Gamebore make in their own shot tower, my initial thoughts are that they may have cracked it. Not only are these cartridges smooth but they are not snappy like some I have used from other brands, yet they do not seem anything like as slow as I had thought they might be. One slightly different method I use to try speed theories out, is to have a bag full of the ammo I would normally use and mix in the shells on test. If there is any difference in performance it soon becomes apparent, as quickly reaching into the bag to grab a shell you never really know what you have loaded next, particularly when the shooting is fast on a simulated day at clay pigeons, or in a hide shooting real ones!

If there is any difference in speed from some of the snappier cartridges I normally use, it is not enough for me to worry about. They patterned very well, putting 15 pellets in a 6”x4” rectangle and a total of 52 pellets within a 12” circle at 30 meters through half choke in a 30” barrelled gun, more than enough to cope with most live quarry shooting situations. They patterned tighter than some of the plastic wad cartridges that I have used in the past; putting three times as many pellets in the rectangle as one comparable load of #5 shot that I have got on very well with in the past, and as you can see from the picture, even the wad made an impression on the paper.

The 25 gram Regals are also available in #6 shot, but I have yet to try them and fives have always been a favourite of mine anyway.

While these are not the cheapest cartridges around, with retail prices starting at around £328 per 1000, they are by no means the most expensive and generally fibre wads are slightly more expensive than plastics any way. The only niggle I have with them is that they would not cycle my Armsan semi auto 28 bore, which even the relatively light, plastic-wadded cartridges I have used in the past do! Saying that, there is soon to be a 27 gram load with a wool wad available, so that might solve my issues with the semi. All in, to date, I am impressed with these 28 bore cartridges from Gamebore and hope I can do them, my Beretta and the quarry I am shooting at the justice they all deserve.