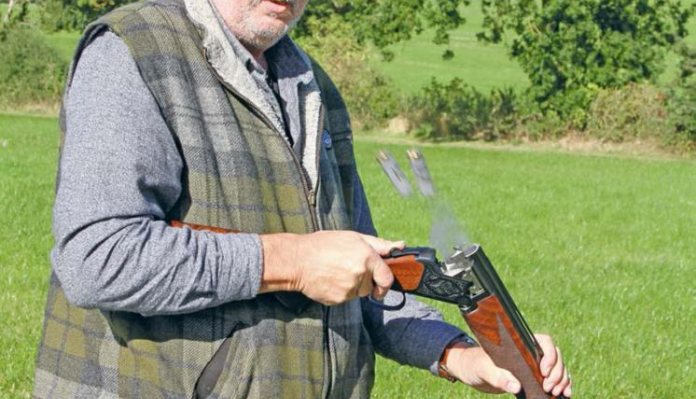 Gamebore is known for producing cartridges that are precisely made and for whatever reason just get the job done consistently. If you are a clay shooter and want to look at a transition into shooting non-lead ammunition then their new Super Steel is a step in the right direction. This loading has been used in Scandinavia for over 30-years following the ban on lead shot in that country and has become very popular. Sensibly, they introduced it to the UK home market as a more economic and nontoxic alternative to the dreaded lead, that is now becoming a pariah.

It uses non-toxic, steel shot instead of lead and you only have a choice of the plastic wad system to protect the barrel from the harder material. As we shall see; downrange it produced some excellent patterns, so won`t compromise your performance. This loading is also very competitively priced at only £221 per 1000, which these days seems pretty good.

This 65mm cartridge is designed for use in nitro-proofed guns, so will suit a wide range of shotguns in use today and is available in shot sizes of No 7.5 (2.5mm) or No 9 (2.25mm) only. You do have a weight choice of 21, 24, or 28 grams, of which I choose the 21 loading and plastic wad system for testing. If you are shooting a lot of clays, or a simulated game day when hundreds of rounds are shot a light load like this is much appreciated.

The striated case is semi-transparent, with black lettering indicating length, shot size and weight and name, with an 8mm brass head. The six-star crimp closure is precise and neatly formed and the total build is uniform and straight. These rounds fed and shot great in a Browning Shadow and ejected easily.

You have a CX2000 primer which is one of the best most consistent and reliable available today, so velocities remain constant and performance can be relied on. Powder showed a charge of 12-grains of pink, flake, Vectan powder from Nobel Sport FR (it’s from the top of their range) again known for its clean burning, less barrel fouling and reliable performance culminating in consistently smooth ignition. After a couple of boxes, the Browning Shadows bores were remarkably clean, with none of the usual unburnt powder and pellet streaks in evidence.

The Gamebore wad system is available plastic only, I would have liked a fibre or paper type for the Ecofriendlier option. Concerns here are with the plastic, as increasingly this material is losing favour with it not being allowed on game shoots and even some clay grounds. Gamebore needs to look into this and seek an alternative.

Green considerations aside, wads are manufactured in house and have a very good rear cup section that expands and grips the sides of the barrel’s walls to seal the propellant gases behind it. Forward of this is the concertina collapsible section to absorb shock and send the pellet payload on its way undamaged and also helping with less recoil at the shooter end too. The design also cushions the barrel from the harder, steel payload, as well as reduces pellet deformation and keeps patterns tighter too.

Talking of shot, Gamebore uses its soft steel pellets to CIP regulations from one of the world’s leading manufacturers, thus maintaining its consistent weight, size, and sphericity, all leading to better patterns down range and velocities. There was a bit of tarnish to these steel shot when I opened up the cartridge for inspection and you have to consider rust build up if the ammo has been stored for a long time. Velocity is quoted at 1350 fps at the muzzle and with the low recoil system that Gamebore uses, makes this cartridge ideal when the shooter needs a shell with softer recoil or when a lot of rounds are going to be shot.

Superb in just one word! Just look at these pattern boards as I have always said, ‘they don`t lie’ and sure enough these Super Steel patterned beautifully. But as with most steel shot loadings they are choke sensitive, which again is borne out with the slightly tighter ½ choke showing a more upward pattern positioning overall. With some of the shot obviously going off the board, which is reflected in the lower overall/total shot count for the ½ choke compared to the ¼. That’s why I tend to test steel in particular with two differing chokes as it makes a big difference to performance. In future, I will try even more open restrictions.

First up then were the ¼ choke pattern board offerings, which showed a total of 246 No 7.5 shot peppering the board, distributed with 89 pellet strikes in the 15” inner circle and the remaining 157 around the 30” outer. Pellets well distributed with no gaps for clays to slip through and very centrally placed on the board. In fact, the inner 89 count was distributed 23. 24, 21, 21 for the four sections, so, really consistent terminal performance.

Stepping up to the ½ choke and yes that slightly blown and upward bias to the pattern was evident on the board. The shot count despite the tighter choke was down as mentioned to 219 total strikes with only 66 inner hits and 153 outers. But still a very good overall spread and distribution of shot, just aim lower on the second barrel, if you can remember!

As stated, Gamebore cartridges are always very well presented and offer competitively priced ammunition, with a lot of technical know-how employed in their manufacture. These Super Steel Competition loads really complement their game version and I don`t feel handicapped with the lighter 21 gram No 7.5 loading at all. Just look at those patterns, why shoot more steel down range when this test cartridge shoots so smoothly, consistently with very light recoil? I will be doing a full test of the steel shot cartridges tested thus far with regard down range performance and at what ranges they are truly effective.