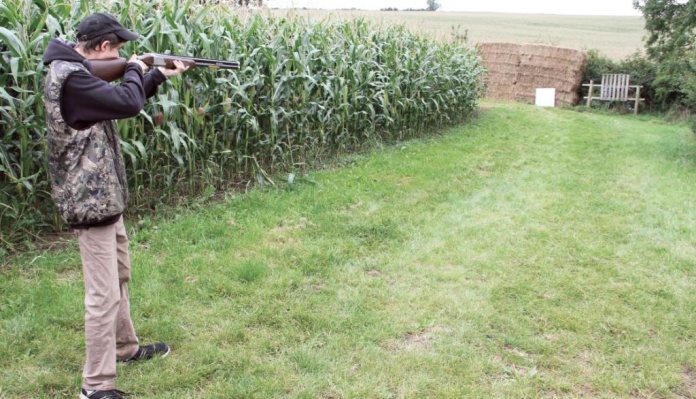 Hull Cartridge Company has been part of the British Shooting fabric for many a decade now, 70-years in fact! This is a family started and run business that continues to innovate and strives to produce the best shotgun cartridges in Britain.

Their “By appointment to HM the Queen” speaks volumes and vast numbers of shooters rely on the quality of manufacture, consistency and performance of Hull cartridges for all forms of clay, game and sporting use. Its origins stemmed from the founder in 1924, Sydney Bontoft who sold carbide to firms and farmers for lighting, which then lead onto sales of cartridges to the farmers he visited. Seeing an opportunity, Sydney started to reload his own cartridges for sale and in 1947 the Hull Cartridge company was started.

I have here a small selection of Hull 12-gauge shells on test for Game and Pigeon shooters, with a follow up article on the smaller gauges. We have fibre and plastic wads, steel, lead and copper loadings to test and I used the new Browning B725 Sporter 12g for the tests and fitted the ½ choke and set up pattern boards at 30-yards to test each cartridge.

This is Hull’s high performance Pigeon load with higher velocity, more effective range and harder hitting potential. It is also designed to be semi-automatic friendly.

Available in a load of only No. 6 shot size (2.6mm) of only 29 gram payload, compared to the 32 gram Special Pigeon load. It has a velocity of 1425fps and a total pellet count of some 287 pellets, so a fast load designed for fast pigeons over decoys. I had the 70mm fibre wadded case of blue translucent form, so you can see the internals. There is a shallow, 8mm rim and standard 6-star crimp closure. This load held 29 grams of No. 6 shot but you can have a plastic wad also.

This range of cartridges falls into the ‘Drop Dead’ range for extended performance. This is a 67mm or 2.5-inch case, so good for classic side by side shotguns wanting top performance but suitable for any 2.5-inch chamber and above.

The range includes either a 30- or 32-gram load, with either No. 5 (2.8mm) or No. 6 shot (2.6mm) sizes and both having a fibre wad and a velocity of 1425fps. I had the 67mm blue case with fibre wadding. It packs a heavy punch with a load of 3 -grams of No. 5 shot, with a high 16mm rim. The shot is hardened, so there is less deformation that transcends to better patterns, range and penetration.

On the boards, it produced a total count of 181 pellets, with a good spread of 71 pellets to the 15-inch inner ring and the remaining 110 pellets in the outer portion.

Similar to the High Pheasant case but this time in a 70mm black case fibre waded. These cartridges are the ultimate High Pheasant load, giving greater range and hitting power. They use Xtreme shot for extended range and less deformation and the special propellant used gives top velocities but with reduced recoil and it works.

On the pattern boards with the 1/2 choke from the Browning B725 I had a healthy spread and total of 175 pellets. 113 pellets were counted in the outer 30-inch circle, to catch birds on the outer reaches of the pattern and I had 62 No. 5 shot pellets with the inner sectors. Nicely distributed and hard hitting on the boards this one.

This is again part of the ‘Drop Dead’ gauges and provides top performance in a smaller 65mm case designed for more classic shotguns wanting top performance for partridge or grouse. Available in only fibre wads but shot sizes for 4, 5, 6, and 7 in particular loadings of 26-, 28- or 30 grams. I had the 65mm red cased load with fibre wad and holding a charge of 28-grams No. 6 shot.

On the boards, it shot a good 220 total pellet count at 30-yards and had a good spread of 74 pellets in the inner 15-inch sectors, with the remaining 146 No. 6 shot pellets in the outer region. Again, very well distributed with no holes, so a confident load for any game shooter to use in the field.

This is a very striking new cartridge from Hull, both in looks and performance. The Purple box and case catches the eye and the internals too are special, with their new Copper-plated shot. This is designed for better penetration, down range and to provide better pattern due to the lack of deformation of the shot having a hard surface area by the electroplating process

Available in 65- or 70mm cases but only fibre wadding you have a choice of No. 5.5, 6 or 6.5 shot sizes in differing loads of 28-, 30- or 32 grams. Ideally suited not only for grouse but partridge too and early season birds with the smaller 6.5mm shot size, great choice here.

I had the 70mm see through case with fibre wadding and a payload of 32 grams of No. 5.5 copper shot with a high 12mm rim.

The patterns proved exceptionally well distributed and even, as the pattern boards proved. I had a total of 214 pellet strikes within 30-inches at 30-yards on ½ choke, with a near even split between the inner and outer sectors. The inner having 109 copper pellets within and the outer having 105 pellets distributed. That to me proves the merit of the Copper shot for even pellet distribution and excellent patterning.

For those who need steel shot for wildfowl, the Steel Game range is a nice cartridge from Hull. No more than ½ a choke size for steel shot due to their harder surface. This is a 70mm black case, with high 20mm rim and is designed for shotguns proofed to high pressure steel 1320 bar. The annealed steel shot is the affordable alternative to lead shot and this load uses a special plastic wad to hold the pellets and also helps protect the bore. Available in 28- or 32-gram loads you have a shot size choice of Fe 3, 4, 5 or 6.

I had the 70mm case with 32-grams of FE3 shot size 3.6mm load that held 179 pellets. This gave a pattern on the boards of an unbelievable totally even split between inner and outer sector, 73 pellets per sector for a total of 146 pellets strikes on ½ choke.

There was a slight bias of pellets strikes high on the board, which is typical on steel shot but a great load where steel shot is mandatory.

Another high-performance steel load but intended for duck and geese on the foreshore. It uses a 76mm blue case with high 20mm brass rim. Available in plastic only to protect the shot and bore and available in one weight loading of 36-grams. You also have a choice of Fe1, 3 or 4 shot size. I was using the 76mm case loaded with 36-grams of Steel Fe1 shot size 4.0mm, which equates to 125 pellets.

It patterned more sparsely, as expected, due to the larger shot size but still with the ½ choke that acts like a ¾ choke with steel shot I had a total of 88 Fe1 pellets strikes in the 30-inch board.

This was split with 57 pellets to the outer regions with a few holes and 31 of the larger 4.0mm pellets hitting the inner 15 inches. For intended duck or geese, you will get a good hit ratio and watch out for that flying wad also that penetrated the board!

Hull deserves their “By appointment to the Queen” status, as they continue to provide cartridges of superior performance that shooters can rely on for excellent patterns. The High Pheasant range, as well as the newer steel loads for game and wildfowl, are popular and the new copper shot loads are leading the way in shotgun cartridge design as the Super Fast Pigeon.