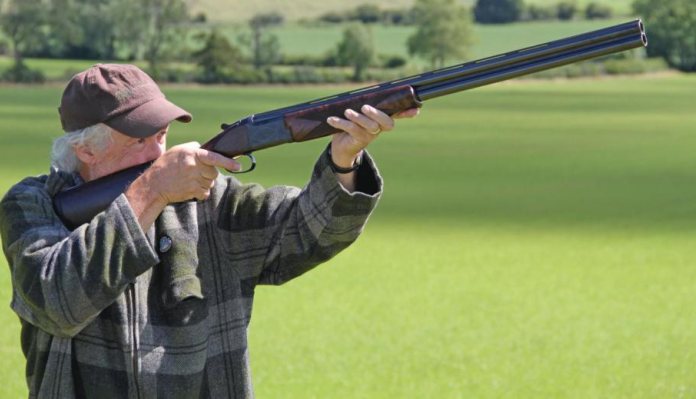 More and more we are seeing calibre and game-specific ammunition, be that in rifle or shotgun cartridges. Certainly, game loads do need a specific blend of shot size, velocity and density of pattern to maximise their effective killing range. Get it wrong and you either hit too hard with too much shot or too little and a wound is inevitable, neither is desirable.

Hull have their Royal Warrant of Appointment status and continue to develop innovative cartridges. One such load, that is very game orientated, is the Partridge Cartridge, which was shortlisted for the ‘Game Cartridge of The Year’ in the 2020 Shooting Awards.

It is designed to achieve the ideal effective pattern at long range, making it perfect for smaller, faster game, where the density of the pattern is more important than the actual shot size. It achieves a good blend between knockdown power and excellent patterns, making it great for high birds or at achieving superior longer-range shots. Taking a quick look at the Just Cartridges website shows that they are priced at £389 per 1000 rounds.

Like many cartridges these days, Hull’s Partridge Cartridge is available in just one size, weight and shot size. This is because it has been developed to work perfectly with a specific combination of components.

The case measures 70mm in length and is quite distinctive in the way it looks. It shows a see-through, smoked grey colour that includes red lettering that denotes the make and shot content. It has a nice six-star crimp with defined edges and closure, plus comes in a box with a partridge’s head on it, so there is no mistaking what you are buying!

What’s also interesting is that the 12mm high brass head has been ‘greyed’ or scuffed to take off the bright shine. This very practical finish gives a dull, non-reflective look to a very purposeful cartridge, I like it.

The magic happens internally, where there is a 32-gram load of #5.5 shot, so each pellet measure 2.75mm in diameter. This shot size is popular now as you get more pellets per case when compared to a cartridge containing 32-grams of #4 shot and better potential knockdown power when compared to a round containing the same weight of #6 shot. Of course, to round things off is the obligatory biodegradable fibre wad, which has a thick powder card beneath. This acts as a driving force to achieve a good seal in the bore and consistent velocities.

All in all, a really nice looking and well thought round, with what looks like a great combination of components. Let’s see how it fared on the pattern boards.

Armed with my trusty 12-gauge Browning Black Shadow and ½ choke, we set up pattern boards at 30 yards to judge for ourselves the effectiveness of Hull’s Partridge Cartridge.

First up, the velocity is reported to be 1410 FPS and in use, I found the cartridges were very easy to handle on the shoulder. To its credit, even on fast repeated rounds, the Black Shadow returned to the sightline very quickly.

With this loading of 32-grams of #5.5 shot, each cartridge should contain around 275 pellets. When we tested on the pattern boards with ½ choke, we counted a total of 201 pellet strikes, which is a very good density and total number of hits. The pattern was even, although favoured slightly to the left, probably because it was windy! We counted 61 inner hits to the 15” sector and the remaining 140 pellet strikes covered the remaining board.

It seems this combination of shot weight and size does work very well. This is in no doubt partly due to the hardened lead shot that Hull uses in this load. It maintains its spherical properties on firing, through the bore and in flight, and thus produces patterns that are nice and even without clumping of shot.

I can see this ammunition appealing not only to specific Partridge days but it would make a good walked-up load and pigeon cartridge too. It shot great patterns and the recoil was mild. Also, after testing, the bores were remarkably clean when compared to other rounds tested at the same time. All in all, a good all-rounder.