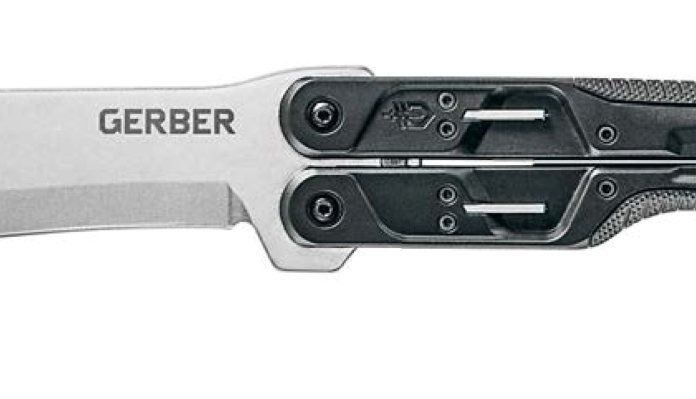 Of all blades that an outdoorsman can utilise in the field, the machete is possibly one of the most specialised. Although it’s seen as a heavy blade to build hides and clear paths through the scrub, it actually has a long and colourful history.

The origins of the machete go back to the earliest civilisations and virtually every country, especially in the tropics or Latin America, have their own designs. But essentially, it’s an overly long, fixed blade, full tang, heavy duty knife used for chopping and cutting. However, in certain countries, these blades were often also used in armed conflicts.

In that respect, it’s not surprising that the origins of the folding machete originate from the military. A major reason for the design was due to the need for a more compact blade, to the point they eventually became part of standard issue Army kit in the 1930s. However, folding versions never really crossed over for civilian/sporting use, even though the concept is a very useful/practical one.

Gerber’s first folding machete, the Doubledown, features a recurved 420HC high carbon stainless steel blade for chopping, cutting and splitting etc. It features a very clever design that allows the blade to fold back into the ergonomic handle. For user safety, it also features a patent-pending, 4-lock system that engages in three positions, ensuring ultrasafe opening and closing. In the closed position, the tool measures 9 x 1 7/8 x 7/8” and weighs 18oz. When open, it measures 15.41”.

To deploy the blade from the handle, you first disengage the stability bar at the bottom of the frame. Then, you need to engage the quadlock system by pressing in on all four of the spring-tensioned, elongated stainless-steel bars positioned towards the head (hinge point) of the tool. These need to be continuously pressed in until you pass the safety stop. In this position, the blade is guarded on both sides by the handles. Now, direct the blade away from you while fully opening out this butterfly opener, until both handles meet each other with the blade fully deployed. At this point, squeeze the handles together and reengage the stability bar to ensure the handles are solidly locked together. The closure is just a repeat of the opening procedure in reverse.

In use, the Doubledown Folding Machete impresses with its very ergonomic handle design, which when closed together with the blade deployed even has a finger choil, resulting in the tool feeling very secure in the hold. The blade also has an integral overstrike guard, which on many designs of folding blade, particularly large ones, is often omitted. The blade also has ridging on the back to ensure when using it for baton jimping, the wood tool used to strike the back of the blade doesn’t slip off.

This is by far the best and safest design of folding machete currently available, and it comes supplied with a MOLLE compatible, multi-mount sheath with a Velcro opening.