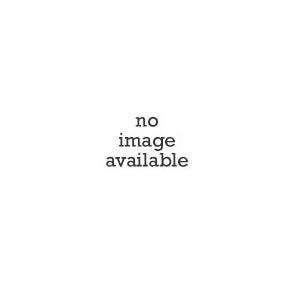 Only a select few Spyderco models are made at the company’s Golden Colorado plant (I have some of these in my collection, which I cherish); the majority are made in other countries by selected cutlers, who work with Spyderco on single or multiple projects. That is why a lot of their blades are stamped up Seki City Japan. Likewise with designs. Some come from Sal Glesser (Spyderco’s founder and owner), his son and even Spyderco staff on occasion, whereas others are offered by custom knife makers. If they show promise, Sal and co. will work with them, then select a producer by a process of trial by manufacture. As a result most of their knives are made in Japan, though their Byrd economy range is produced in China.

These two new folders are a little different from the norm, with one from Italy and the other taking its inspiration from Romania (though it’s made in Japan).

First up is the Volpe C99. Fox Cutlery of Maniago, Italy, produces this distinctive folder, which though American-designed has a distinctive Italian look and feel to it. All stainless with the blade being made from N690Co, it shows a radical spear point style with the classic rear hump and Spyderco thumb-opening hole. Forward of this is a large cut-out that allows you to position your index finger for more forward control and pressure when you want to apply more power or precision. Flat ground, the forward section is heavily swedged and the shape is as pleasing as it is effective.

The handle is well shaped and consists of two steel scales with an open build. On the left side are triangular panels of olive wood, which provide both grip and decoration. On the right is the non-reversible clothing clip and a laser-cut Spyderco bug motif. Locking is by a Chris Reeve integral liner, much like the nested compression lock on Spyderco’s ATR (At The Ready).

The Volpe is a pretty yet practical design, though I would have preferred the back of the edge to cut off sooner into a choil, as when I hold it I tend to move my index finger forward and onto the edge. I think it will appeal to those that would like a Spyderco, but perhaps not a rank and file model.

Slightly more technical is the C102 Adventura. The idea came from Spyderco Romania’s technical manager, Alexandru Diaconescu. Made in Seki City using V8-10 stainless steel, the build is all angles and sweeping shapes. With a hollow ground and bellied blade it shows a swedged front tip, a big opening hump with cross slots for thumb support and cut-outs in both blade and handle to reduce weight. There’s a choil down below which really helps to give a nice and secure choked up hand/forefinger grip.

The handle is slim in both depth and width and shows a mid-position back lock with David Boye safety dent to reduce the possibility of accidental unlocking. There’s an ambidextrous clothing clip and a lanyard hole at the rear.

Whereas the Volpe is soft, smooth and flowing, the Adventura offers a far more mechanical fit and feel. I’d be hard pressed to say which one I like the most, but I think the slight heavier build and deeper blade of the Volpe just gets my vote.

So, two rather different Spydercos in terms of country of manufacture and design. That’s what I like about this company - they never seem to stand still, releasing so many new models every year it makes your head spin. Who knows what 2007 might bring?