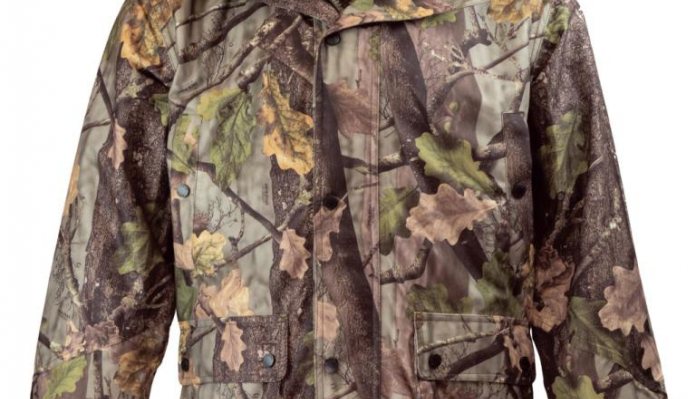 It’s well over 10-years ago that Jack Pyke of England surprised the shooting public by launching their own camo pattern. This was, of course, the now hugely successful and popular English Oak, which has been used by the company on a very wide and comprehensive range of apparel, plus, even adorning a hunting boot they offer.

So, what’s changed? Well, I’m that sure everyone is now familiar with the original EO design, which, as I’ve said many times before, is perfectly suited to the autumn woodlands. It uses full detail brown and green leaves, set with grey to black upright and quite chunky sections of tree bark and branches with a light brownish backdrop. However, although this is a very effective camo for the season and areas it’s suitable for, when compared to the latest Evo (Evolution) pattern, it does tend to look quite one-dimensional, with what can be termed a wallpaper effect appearance. Don’t get me wrong, I’m not dissing the original; so, bear with me, as I explain the Evo design. Upon placing both camo patterns side by side, you immediately notice Evo has a much more detailed leaf and branch pattern. Also, the leaves are smaller and of a more varied colour mix of brown to green of varying shades, with branches also showing far more detail and with a colour variation from grey to black. This is not only sparser than the heavy mix of leaves and bark of the original but is all set against large section panels, which are very light grey and very light brown; in effect, these are used as a backdrop. Due to the quite stark contrast that this creates between the main camo design set in the foreground, it combines to give the overall camo pattern more depth. One more detail that elevates this pattern, is branches are set at random angles and changes of direction; again, all aiding the camo to be more realistic and therefore effective.

So, with that established, now to the Jack Pyke Hunters Jacket and Trousers that this new camo adorns and they’re still very much the same garments as we’ve come to know them; it’s not a bad thing, as both are well-featured and have attributes that are of importance for wearer comfort, practical usage and performance in the field.

They’re manufactured from the company’s ‘Stealth’ fabric material, which is breathable, waterproof and silent. This is due to the build being made up of a 100% Polyester brushed tricot outer shell with laminated membrane, while the inner is 100% Polyester mesh.

The Trousers are of an overtrouser design, being easy to pull up and wear over regular combats. They feature two upper pockets with weather flaps, two side leg pockets with flaps and single press-stud fasteners, while the bottom of the legs have a 14-inch long leg zip relief for ease of donning or removal. The trousers are generously cut and also feature reinforced seat and knee, plus, they have a strong elasticated waist with draw cord and they feature Velcro adjustable ankle straps.

As for headwear, currently available in this pattern is the Stealth Baseball Cap. The name clearly indicates what materials are used in its manufacture, and it features a duck bill peak plus rear Velcro adjuster, making it a ‘one-size fits all’ item.

Incidentally, all featured are still available in the company’s original English Oak, as well as English Woodlands.