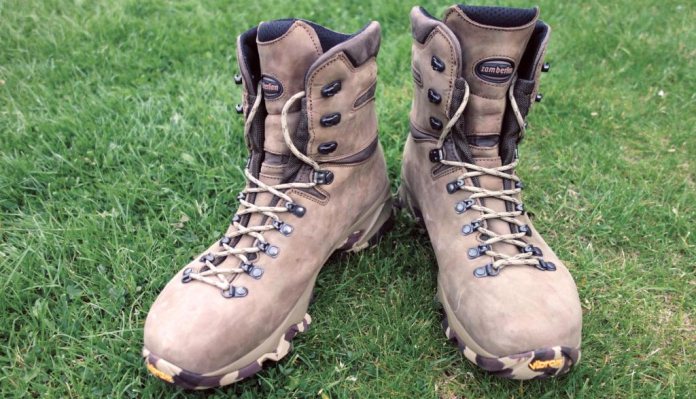 Giuseppe Zamberlan, the grandfather of the family, started the boot making ‘activity’ right after the end of World War I. From simple shoe repair, he moved into footwear production, driven both by necessity and by his deep passion for his local mountain range, the Piccole Dolomiti (Small Dolomites). Giuseppe understood that the poor performance of existing outsoles – made from leather and iron studs - was a limitation to performance. As a result, he supported the revolutionary ideas of Vitale Bramani, founder of Vibram, who was studying and developing rubber soles at the time.

From this cooperation, Zamberlan became the first company to use a Vibram all-rubber outsole. These types of rubber outsoles became adopted worldwide and quickly became the future of boot performance, one of many innovations for which Zamberlan has been at the forefront.

Of great importance to the Zamberlan company was Giuseppe’s wife and son Emilio who both joined the company and helped produce shoes, until gradually Emilio succeeded him. Emilio continued his father’s work in directing the company towards foreign markets and was supported by his own wife, also Maria, who helped him manage the company. For more than 40-years now, Zamberlan has been distributing to worldwide markets and today more than 90% of its production is destined for export to some 50 countries.

Today, it is the turn of the third generation of Zamberlan family, brother and sister Marco and Maria, to manage the Italian footwear company. Like their forefathers, Marco and Maria also inherited the enduring love and enjoyment of the mountains. This purpose enables them through all stages of the company, from design to manufacturing, testing and distribution of the most comfortable outdoor footwear available today. Nearly 90 years after the beginning, Zamberlan has achieved countless product awards and is recognized worldwide for its quality, comfort, fit, performance and striking Italian design.

Most impressive, the company continues to handcraft its most traditional and prestigious models in Italy, in the exact same factory opened by Giuseppe Zamberlan nearly 90-years earlier! This decision and dedication to local production, has allowed Marco and Maria to be competitive with any shoe factory worldwide with unrivaled performance, value and appreciation.

That’s the history then, so what are their boots actually like? Well, if the examples I’ve recently been wearing extensively are anything to go by, they’re very good indeed!

The boots in question are Zamberlan’s 1013 Leopard GTX hunting boots and they’re based on the company’s most popular boot, the Vioz GTX. The relatively lightweight boots have a sort of feint camo pattern printed on the quality Hydroblock Nubuck leather uppers, which blends into most colourschemes. A Gore-Tex Performance Comfort lining keeps the water from entering but still allows moisture to escape, keeping feet dry in all conditions and Microtex® collars wick moisture from around the lower leg and reduce leg abrasion for greater comfort.

Keeping up the tradition of using Vibram soles, there’s a ‘3D’ unit that provides fantastic grip on all sorts of terrain, from mud to snow and as my son, Peter, found out on a recent trip to Iceland, snow and ice are also traversed with ease. I’d only received them a couple of weeks before the trip and as we have the same size feet, he decided that he’d ‘borrow’ them for the week! I’m glad he did actually, as a lot of his mates had cold, wet feet all week, due to the very poorly made boots they all seemed to have. To say he was delighted with them is an understatement!

Now that I’ve finally got them back, I’ve worn them whilst out shooting and walking in the countryside and the memory foam insole really seems to mould to your feet and provide long-lasting, all-day comfort. The boots didn’t need wearing in by the way and were good to go from the box, which was lucky, as Peter grabbed them before any ‘wearing in period’. Lacing is taken care of by five pairs of fixed eyelets and four pairs of speed lace hooks. The soft collar around the body of the boot is cut slightly lower at the rear and is complemented by stylish cut-outs in the leather, which promote movement, whist still supporting the ankle. The sole has a camo effect moulded into it and it’s quite racy looking at the rear, with quite a bit of style to it. The blocks and grooves that provide grip are fairly angular and I can see them being great boots to wear all year. If the soles ever wear out, they can of course be renewed. The Zamberlan Leopard GTX boots are therefore highly recommended and are great hunting boots!