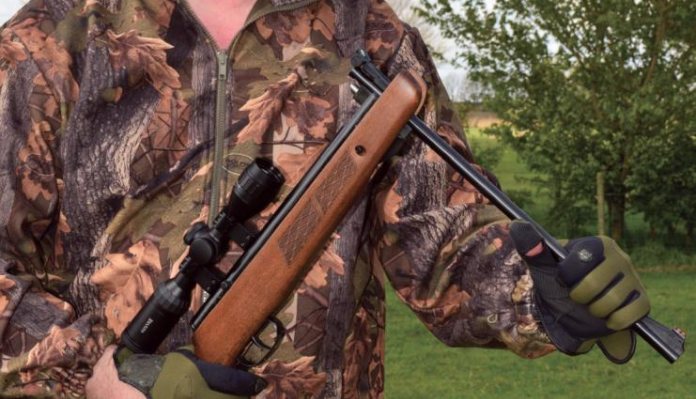 Break barrel spring piston power still accounts for a large slice of airgun sales; but whilst many rifles with this traditional specification may be at the cheaper end of the market, the simplicity and user-friendly nature of the design still takes some beating. I obviously get to test all manner of airguns across the board, yet I still derive an incredible amount of satisfaction from spending time with a break barrel rifle. It’s that simple fast fire action that relaxes you from the off, and still reminds me of my first rifle, and those early days of discovery in this fantastic sport of ours.

BSA have been a household name for many decades where spring powered airguns are concerned; and their current range of guns still includes several traditional models, aimed at both beginners and enthusiasts alike. On test, here, is one of the current favourites in BSA’s spring gun line-up, the Supersport SE, and it’s a smart little performer, with plenty to offer.

The Supersport was a success from the outset, and as such, this compact little power pack has enjoyed a regular place in BSA’s line-up over the years, in one guise or another. First impressions of this latest incarnation are very favourable, and it has to be the best-looking version to date. So, what do we get for the money? Well, the usual BSA break barrel lock-up design, two stage adjustable trigger, that stylish chequered beech stock, fibre optic open sights and a manual safety catch.

Far more thought seems to go into the average airgun these days, and BSA’s design team have done themselves proud with the woodwork here; the Supersport’s timber is extremely attractive, to say the least. Plenty of grain shows through the light coloured lacquer and that means that the natural beauty of the beech used can be appreciated. Laser cut chequering is neatly done, and covers both the grip and forend, adding style and function. But take a close look at the pistol grip, and the thumb shelf is a really nice touch. Add in that graceful tapered forend, and the solid pad, and it all comes together well.

As a technicality, there is a very slight right-hand defined cheekpiece, but to all intents and purposes, this is an ambidextrous sporter; so, all things to all people! Okay, that comb is admittedly a bit vague, but par for the course on this style and grade of gun.

Finish-wise, this model has a good quality feel to it, and the level of machining is well up to scratch. The chemical bluing is a little dull when compared to some rivals however.

BSA fit the Supersport SE with open sights as standard, and that means the classic BSA profile, given the sights are straight from the BSA mould of old. A modern twist comes with the inclusion of fibre optic elements; red for the foresight post, and green used for the rear sight. The rear sight has finger wheel adjustment too, so setting them up is simple. I’m a big fan of open sights for novice shooters, so if this Supersport is bought as a first gun, I would persevere with those sights a while and learn the basics. But if the point comes when a scope is deemed necessary, this model features dovetail rails that run to the very end of the cylinder. There’s also an arrestor hole machined into the top of the receiver, so the effects of recoil can be effectively tamed.

Pick up the Supersport SE, and you just know you could shoot it for an extended period. At 6.6lbs, we are talking highly manageable, and with that full-length, 18.5-inch barrel, there’s plenty of leverage to bring into play when cocking the action. The stroke itself is pretty easy to complete, and with that distinctive BSA configuration around the breech, with the exposed barrel end, and chunky detent, everything feels reassuringly sturdy.

Action-wise, my .22 version on test, felt super quick, and whilst it did kick significantly, felt more like a gas-ram set-up. A smooth snap on release, with no spring resonance. There’s a manual safety catch, fitted, for those that wish to use one, and also an anti-bear trap mechanism, which cleverly prevents discharge until the barrel is locked back up at the breech. A bi-product of this is that the action can therefore not be de-cocked, (holding the barrel down under pressure, pulling the trigger, and gently allowing the barrel back up) but it means safety is paramount.

Triggers in this price sector can be a big disadvantage and very crude; so, the Supersport SE gets the thumbs up for an acceptable arrangement. The blade is synthetic, but wellshaped. Yes, it could be broader and slightly longer, and there is some creep, but overall it didn’t spoil the shooting experience.

Over the chronograph, the Supersport SE proved extremely consistent, with a variety of pellets, and a total velocity spread of just 6fps over a 10- shot string, using Kaiser pellets, just about says it all! My best groups on test averaged half inch centre-to-centre using RWS Superfields over 25-yards, whilst the Kaisers printed ¾-inch to 1-inch groups. So, as is so often the case with airguns in general, take the time to test with a variety of pellets, and it may well pay dividends. If I did my bit, the Supersport rewarded my efforts, with a pleasing level of accuracy, and with that smooth cocking cycle and appealing shot characteristics, it was difficult not to warm to this model.

Overall then, I was impressed. For the Supersport SE proved a good solid performer, making it ideal as a starter rifle or general purpose/hunting tool. There’s a quality feel, and at the current asking price of £233, it still compares extremely well against many of its rivals.