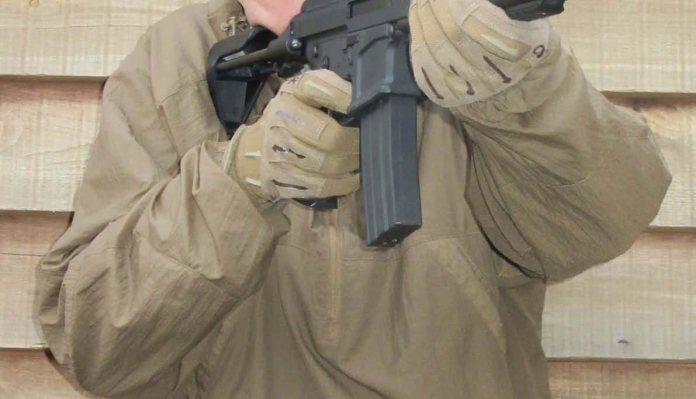 It’s amazing to me just how fast the pace of change goes in relation to our beloved airsoft RIFs. Not so long ago, in real terms, Tokyo Marui ruled to roost in terms of electric airsoft guns, and although we loved our ‘TMs’ (oh, how we loved them!) there was always the fact that they were essentially plastic toy guns, albeit with some actual mechanical wizardry going on inside!

Then, one memorable day, in 2001, if memory serves correct, one of the guys turned up onsite with a new M4, and it was FULL METAL! Now, I know that’s not so much of a thing these days, as you pretty much expect any airsoft replica that should be made of metal to be so, but ‘back in the day’ this was a revelation, but one that came at a price. Even though the very first Classic Army models sold at a premium they were rock solid, had internals that were ‘TM Compatible’, were easy to work on and performed pretty darn well on the skirmish field. Suffice to say that in short time the majority of players were running at least one ‘CA’, and I think at one point I actually owned four, a couple for skirmishing, and a couple that I’d be working on to upgrade further.

And the ‘CA’ range grew and grew, and soon pretty much any decent rifle or carbine model had a replica in their range. As my tastes for airsoft play changed over the years, Classic Army always had something for me; for ‘USSF’ I had a MK16 (SCAR L) in a super flat tan colour, for ‘Nam games, it was a pretty good, era correct M16, closely followed by an XM177E2, and for CQB it was a CA-51 that thanks to Fire Support soon became a rather wonderful ‘MC-51 SBS’, using the front end of a CA SD6. To give you some idea of the quality of the Classic Army range at that time, both the XM and the MC-51 are with me to this day, and both still run like a dream!

As ever though, a truly innovative and highly competitive market never stands still, and as airsoft grew in popularity, more and more brands from the Far East piled into the airsoft shops and appeared online. New manufacturers entered the market, not only with full metal AEGs but also with a vast array of barrel lengths and styles that would please any player. Still, Classic Army was, as an established and trusted brand, at the forefront of things, but inexorably their lead was whittled away. It was not a great time for the brand, as essentially for a number of years, apart from the odd design change here or there, what they offered was pretty much what it had always been.

Whilst other established manufacturers were heading in new directions with electronic blowback and then recoil mechanisms, CA produced solid, workmanlike AEGs, but they were still deemed ‘pricey’ as more keenly priced offerings bit even further into their market share. It actually got to a point for me that although I loved the brand, I wouldn’t bother going to see them at shows, as I didn’t want to be disappointed. That changed at IWA 2016 when a number of retailers, whose opinions I trust, said to me “have you seen Classic Army this year, you really should”.

What I discovered was that finally CA were taking the initiative again, and although very little was on display that year, they had ‘ideas’; by the time the 2017 show rolled around in my opinion Classic Army were back with some fabulous new models, and new technologies to boot!

The pursuit of excellence!

If you venture onto the main American Classic Army website, you’ll find their company background, and what is stated sums their new-found enthusiasm up for me. To quote:

Total Performance product means delivering high-quality product and optimal performance, at a superlative value. Total Performance support means fast and responsive service, and one of the industry’s best warranties. Out of the box, Classic Army aims to deliver an exceptional experience to their customers.”

It amazes me that for nearly my entire airsoft ‘career’, Classic Army have been there, so at IWA 2017 I was duty bound to visit their stand and what I discovered absolutely delighted me! Yes, all their ‘classic’ models were still very much in evidence, but they were also showing their SCARABs and all-new NEMESIS lines and what I saw in the Scarab really ticked an awful of boxes for me.

The Classic Army Scarab series of AEGs was designed from the ground up to give players an absolutely first rate AEG. Classic Army took the best parts of their line and put everything that was good into their unique new carbines, making them ideal for either CQB or woodland play. The Scarab I received for review is one of a number of designs, but as I do love my SBRs, I asked specifically for the Rapid Assault Carbine model with KEYMOD.

Externally, the upper and lower receiver are made from CNC aluminium, which gives you a super aggressive and right up to the minute ‘billet’ look, and this also helps to make sure that both receivers match up perfectly. The handguard was custom designed in-house by members of Classic Army USA, and at the back end you’ll find a slick, sturdy three position PDW style stock.

Internally, the Scarab has a 9mm bearing gearbox, a brand new Electronic Control System (ECS), a 6.03mm tightbore barrel, and a quick change spring system. The ECS not only protects your trigger contacts, but also has a trigger programmable for a three or five round burst fire function; in total you can actually have FIVE different shooting settings, which are succinctly explained in the (English) instruction manual that come with each AEG. The ECS will also detect low battery voltage and turn off power to the mech, which can ultimately mean a non-damaged AEG; this is a massive step forward for Classic Army, and I have to say very well done!

Through the chrono, the Scarab was absolutely spot-on for the UK, registering a really friendly 0.89-Joule/310fps using 0.20g BBs and spits out 900-1000rpm using a 11.1V LiPo battery; Classic Army recommend that you should use a 20C LiPo irrelevant of voltage, as anything higher than 25C will cause damage to the electronic components. The Scarab does have a true quick-change spring system that you can access without having to take out the gear box, so that you can quickly and easily upgrade or downgrade your spring to change the power level, although personally I would happily leave it as stock.

The Scarab has a nice long KeyMod handguard, reminiscent of the SCAR. This means that you can save some weight, so that as you accessorise you don’t weigh yourself down too much; sadly, there are no rail sections as part of the package, but these are easily sourced these days. This AEG screams for a ‘CQB’ optic, but it does come with flip-up metal ‘irons’ front at rear, so even from the box you are good to go. The sliding PDW stock is pretty comfortable. although a little short for me and the battery compartment is easily accessed by simply unscrewing the bottom section of the front rail; not the most elegant solution but one that works all the same. Both the pistol grip and 300BB Hi-Cap magazine are ‘in house’ designs, but they are both attractive and effective.

Surprisingly, given the relatively short 304mm inner barrel, the Scarab does offer phenomenal range and accuracy, and the setup of stock, ergonomic pistol grip and the lovely smooth front end makes it easy to shoulder and shoot. At the extent of my 30m test range, it was easy to hit dinnerplate steels each and every time with the iron sights, and I believe that adding a wellzeroed optic would enhance this further.

In conclusion, this is a really nice AEG; I don’t often use this phrase but I would go as far as saying it’s a very, very workmanlike rifle, and one that performs superbly straight out of the box. The attention to detail, right down to unique serial numbers is stunning, and the build quality is solid as a rock. With the Scarab, I honestly feel that Classic Army have got everything right again, and with an asking price of £335 I think it’s great value for what is on offer.