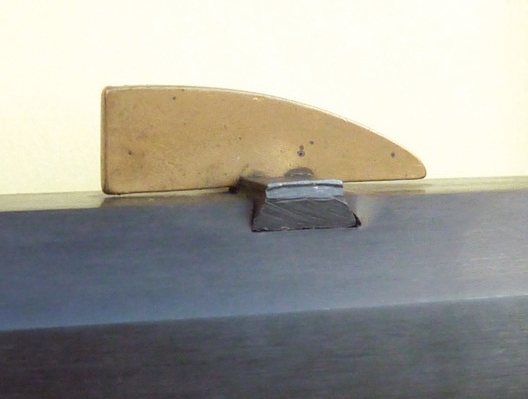 Every now and again I get the chance to try something that is outside – though only just this time – my real sphere of interest, which is firearms of the mid- to late-19th century American West. Very often this can be a bit of a challenge, if not intellectually then at least from the practical point of view. So it is with the flintlock ignition system, a procedure which I have not had a great deal of experience with, quite why I do not know as I enjoy the task when the opportunity arises.

Reproductions of flintlock firearms are many and varied, principally coming from the major European manufacturers, among whom is the Spanish company of Ardesa, long-noted for their value for money products. The example we have here will be classed by some as a ‘budget’buy and its principal markets in the UK will probably be the not-too-serious black powder shooter and the re-enactor.

Although Alexander Forsyth, a Scottish clergyman, had patented a percussion lock in 1807, at the time Jacob Hawken and his partner, James Lakenan, had set-up shop as gunmakers in St. Louis the flintlock system was still the predominant mechanism used that far West. Both of the partners had learned their gun making skills in the east and put them to good use in Missouri.

St. Louis was the jumping off point for those headed further west and one of the principal requirements for these pioneers was a good firearm. The gun-making business in the city was brisk and in 1822 Jacob’s younger brother too set-up a shop a few blocks away. When Lakenan died in 1825 the two Hawken brothers joined forces to form J. & S. Hawken. Never short of work, the brothers built up a reputation for the quality of workmanship and the performance of their ‘Rocky Mountain’ rifles. As well as supplying the Ashley & Henry Fur Company and their powerful rival the American Fur Company, the Hawkens’ could list among their customers such notables as Jim Bridger, Kit Carson and John C. Fremont. For his 1845 expedition Fremont purchased no less than 30 Hawken rifles.

There is as yet no surviving original flintlock rifle that can be positively identified as a St. Louis-made Hawken, but it is assumed that they bore a strong resemblance to the guns Jacob had made while resident in Maryland. Prior to the 1830s these would be full-stocked rifles with a barrel length of around 40-inches and .50 calibre with straight grained maple or walnut stocks. These were less attractive than the curly maple found on lighter Kentucky rifles, but much stronger to cater for the increased weight. By the early 1830s brass mountings – trigger guard, butt plate etc. – were probably being changed in favour of iron or steel.

Double set triggers became a standard feature on Hawken rifles, with the locks commonly purchased from an independent supplier. By the end of the decade the percussion lock was in the ascendance, the early examples using a simple drum and nipple arrangement.

Many flintlock rifles of the period were converted to percussion using this system where a hole was drilled into the side of the barrel close to the breech, into which was screwed a ‘drum’, a steel cylinder closed off at the outer end. A nipple was screwed into a hole in the side of the drum and lined up so as to be struck by the falling hammer.

By the late 1830s or early 1840s the Hawken plains rifles began to take on a new configuration. Likely influenced by the popularity of earlier English fowling pieces, whose quality was highly regarded in some quarters, the half-stock design began to replace the full stocks. Average barrel length dropped to around 36-inches and standard bore increased to ‘32 to the poun’ or .53 calibre. Patchboxes became rare as did any form of decoration on the stock. Sales of the Hawken rifles hit their peak in the mid-1850s and by the end of the Civil War the glut of military surplus arms, along with the interest in the ‘new-fangled’ breech loaders, saw the demise of muzzle loading weapons.

Jacob Hawken died in the cholera epidemic of 1849, and Samuel, who had effectively retired from the business in 1855, died in 1884.

Whether full-stocked or half- stocked, the flowing lines of the plains rifles make for an attractive package, even those with what would now be considered excessive barrel lengths. In this respect the Ardesa does not disappoint, and with its ‘short’ barrel of 32-inches looks an inviting prospect at first sight. Measuring 25mm across the flats (slightly less than some originals which reached close to 29mm) this barrel, with its relatively small calibre, obviously accounts for the great majority of the all-up weight of this rifle. The blue/black finish is of a very decent quality and the edges are nice and sharp. The barrel is located in the stock by the hooked breech method, with two wedges through the forearm. The case colours on the plain lock plate (there is a little decoration on the cock) are somewhat muted but still very acceptable.

There is a fair amount of brass on this rifle starting with a relatively narrow (19mm) butt- plate and including the curved trigger guard, the forearm tip, barrel locating escutcheons and the three ramrod pipes. The wooden ramrod tip is also brass along with the front sight and a couple of decorative inlays in the left side of the stock. The half stock is a nice piece of beech with a matt finish and a colour that blends well with the black and brass of the rest of the piece. It is only when you examine it closely that you begin to see the minor imperfections in the fit of the metal to wood, with one or two small gaps. Unless you are really picky then these should not discourage you, particularly when you look at the price of this rifle compared to offerings from other manufacturers.

The long curve to the rear of the trigger guard acts as a kind of pistol grip and gives a very comfortable hold. I have never been able to get used to the spur on trigger guards, whether pistol or rifle, and I now ignore them completely, but this is purely personal and I realise that others will make full use of this appendage. If this were my rifle I think I would be tempted to remove it. The double set triggers worked perfectly giving a very light let-off on the second pull. The aforementioned brass sight is fitted to a block dovetailed into the barrel, allowing for some windage adjustment. Coupled with the height-adjustable semi-buckhorn rear, it gives a very clear sight picture and some degree of fine-tuning.

All-in-all this is a good- looking rifle that is well put together, albeit with one or two small cosmetic flaws, which could really be ignored considering the price.

The limited time available for the test did not allow for the best results that could obviously be obtained through extended use by a more experienced flintlock marksman. I feel that part of the problem is getting used to the delay between ignition in the pan and that of the main charge. Clearly the more one shoots one of these guns the more it becomes second nature. Perhaps I will have to add a flintlock rifle to my battery.

Having previously tried a percussion version of this rifle which shared the same barrel, I saw no reason not to use the same, or similar, loading criteria for this model. A .44-inch round lead ball, wrapped in a .005-inch lubricated patch and backed by a charge of 45 grains of Henry Krank black powder proved to be an excellent starting point. At a shade under 10 pounds in weight, a couple of shots convinced me that this rifle was not going to be easy to shoot without a rest and thereafter I used a bench. Despite that narrow, sharply curved butt-plate the felt recoil was very modest. At 50-yards holding all shots on to a small paper plate was not difficult, with a best five-shot group of around 4-inch, very modest and a far cry from the story to follow and upping the charge to 50 grains of powder showed no improvement.

Shooting 10 consecutive shots showed that it was usually possible to ram the next ball home without too much effort, but experience told me that if the gun was left for a while – change targets or a cup of tea – the next one could be difficult. Therefore I found it prudent to run a brush down the barrel every five shots whether there was a pause or not.

Experience also told me that the wooden ramrods supplied with these guns are no match for a stubborn ball (I’ve broken one in the past) so now I use my own metal rod with brass tip.

Muzzle loading rifles are a leisurely, if somewhat challenging way to spend a few hours, with flintlock perhaps a little more so than percussion. But on a sunny summer day, time spent getting to know your rifle well will provide rich rewards.

My efforts with this rifle fade into insignificance when compared to this story from the American Turf Register of 1833: “...a playing card, with a spot or bull’s eye in the centre about the size of a dime, was attached to a log of wood and placed at 75-yards from where we proposed to stand. Captain Scott then took the rifle uncharged, with the powder flask at hand and three balls and patches in his mouth, and he made three shots ‘off-hand’ in one minute and twenty seconds. I then myself went to the target, and found one round hole directly through the centre of the bull’s eye. I was surprised at the precision of the shot, but observed to the Captain that the other two had entirely missed the target. He shook his head and called for an axe, when we split the log, and found the three balls in one mass, all having passed through the same aperture directly the centre of the card.”

PRICE: £395.00
CONTACT: Henry Krank, 01132 569163, www.henrykrank.com
NOTES: Due to currency fluctuations and lead times between writing and publication please check the latest prices and specifications with the distributor.