Albuera 1811 - The Bloodiest Battle of the Peninsular War 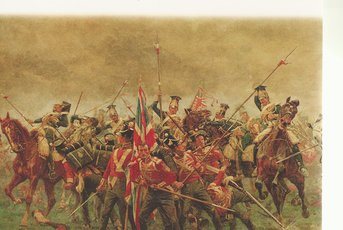 Fought on 11th May 1811 the Allied army of Spain, Britain and Portugal had 35,284 to face the French army of 24,284. At the end of the battle the Allies had lost almost 7,000 killed, wounded and captured while the French suffered 7,900 killed and wounded. The book covers every aspect of the engagement and together with maps takes the reader through the day’s fighting stage by stage. Events leading up to the battle are outlined and the aftermath is also covered. The appendix lists the orders of battles, unit strengths and casualties and uniform details. The author appears not to have forgotten anything and his writing on muskets will be well received by weapon historians. This is a book which will be of equal interest to anyone visiting the site on a battlefield tour or a war gamer playing it out on his table top.