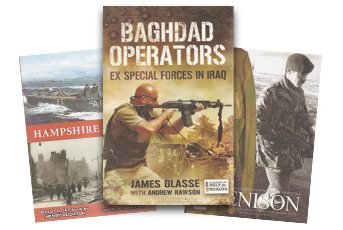 The idea for self-propelled guns originated in the First World War and whilst some countries continued to develop the concept it was not until the Second World War that SPGs really came into their own. American-built tanks, were being used by British forces in North Africa before the USA entered the war in 1941. One of these was the M4 Sherman tank, from which a number of specialist vehicles based on its chassis would appear.  One of these was the M7 Howitzer Motor Carriage which carried a 105mm howitzer and known to the British Army as the Priest. The author, a highly respected historian on armoured vehicles, takes the reader back to the point of origin and also explains the requirements which led to the development of the M7. The Canadian equivalent was the ‘Sexton’ with a 25-Pounder Field Gun and comparisons between the two types made which allows readers to draw their own conclusions. The variations of the types of M7 are covered, including the version to carry a massive 9.75 inch mortar, and the campaigns in which it served feature operational details.  This is a very nice reference book for modellers and enthusiasts of armoured fighting vehicles of WW II.

The Bren Gun is one of the most recognisable weapons of the Second World War and its appearance in many war films guarantees that this fame will continue.  During its service the Bren was produced in many versions including a change to the NATO standard 7.62mm calibre which allowed it to continue in service for many years and used in many conflicts. Veterans from these wars, including Korea, Northern Ireland and Falklands all have fond memories of the weapon and the author takes the history through all these and other wars. This latest book in the Weapon Series explains how the Bren gun came about and continues to its last days in active service and along the way covers all the variants including vehicle and aircraft mountings. The author even manages to slip in some real surprises along the way. Today the Bren is popular with weapon collectors in its deactivated form and many re-enactment groups use it in displays which make this book of interest to these two enthusiast groups. Full of good illustrations modellers will also gain good ideas for dioramas from this work.

The county of Hampshire covers an area of some 1,455 square miles and is the ninth largest county in England, and it extends inland from coastal regions to cover countryside and townships. Indeed the county has several large towns and cities such as Portsmouth and Gosport many of which had links with the military and all were vital to the war effort. Some of these locations are obvious such as Middle Wallop aerodrome and Portsmouth which was severely bombed in WWII, but there are many other locations which have wartime associations which have become forgotten. The presenter of this production, who also wrote the commentary, takes the viewer on an interesting tour of these sites and explains the features along the way, such as the significance of the defences covering the crossing points along the Basingstoke Canal. Some of the more remote place still bare the marks of those days and pillboxes of the ‘Stoplines’ can be discovered. The county has a good road network system and after seeing this film viewers may wish to visit many of these locations for themselves to get a real feel for history.

It is hard to believe that it is more than ten years since Saddam Hussein’s regime in Iraq was overthrown, but books like this serve to remind us how fast time flies. We all remember seeing the events unfold on newsreel film and being told how the fragile infrastructure of the country was being held together by Coalition Forces. Many of these men were Special Forces and after the fighting some felt they could do more and established specialist civilian agencies to provide security to those seeking to rebuild the country. It was a dangerous job but somebody had to do it and who better than those already trained in such work? This book sets out to tell the story of some of this work. The highly pixelated images which illustrate this work tell how sensitive the nature of the work was and still remains. This is a gritty book told by the men who were there and they convey how dangerous their task was and how they overcame the odds to bring some normality back to the country after a brutal war.

When the British Army established the Parachute Regiment in 1940 at the specific request of Winston Churchill there was no specialist clothing or equipment for the men who would be operating in a role which was completely unknown to them. Tactics for airborne warfare was also unknown and these early troops had to learn from German troops and develop equipment from items captured from the Germans. Today this early equipment is highly sought after by militaria collectors, particularly the Denison smock, but with much reproduction kit on the market collectors need a highly reliable reference book with the most impeccable credentials. Such a pedigree does not come much better than this latest work from Military Mode. The author has been supported in this work by the Museum of the Parachute Regiment and Airborne Forces and collectors can be confident. Full of original images and detailed illustrations this is also a good general read for anyone interested in British Airborne forces and their equipment.