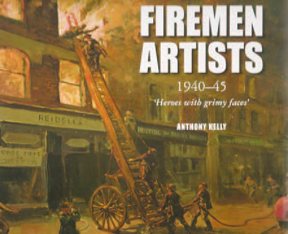 This latest offering from Osprey in their successful ‘Weapon’ series describes one of the most iconic rifles of the Cold War period. Versions of the FN FAL served with around 90 armies, including the British army which termed it the L1A1 SLR and used in many deployments around the world from Northern Ireland to the Falklands War. The author takes the history all the way back to the beginning without labouring the point and brings it slap up to date. The rifle is still in service with some armies and popular with civilian shooters and collectors of de-activated weapons. For that reason this work is interesting for all the details it carries. The illustrations show cutaway operating diagrams and the charts and ammunition facts will interest serious shooters. This title proves again how this series of titles could be used as instruction manuals for troops still using this weapon and its variants.

If one looks at a map of the Perigord Limosin Region of France the town of Oradour sur Glane will be found. It is rather an isolated location but what sets it apart is the fact it is named as ‘Village Martyr’ or martyred village. On 10 June 1944 elements of the Das Reich Division arrived outside the town and proceeded to systematically kill 642 men, women and children in a senseless act of reprisal. This latest production from historian Tim Saunders and his team of fellow battlefield tour guide takes the viewer to the location and explains the events leading up to the massacre. One can visit the area with a guide book and not realise anything like this happened, but this film prepares one by telling more of the story behind ‘Operation Bulbasket’ and the involvement of the SAS. It puts one on the actual ground and in so doing the history comes alive. This is the first of two films detailing the history of the operation and the severe consequences paid by soldiers and civilians alike.

Fireman Artists is the works of artists that capture the very essence of ‘being there’. Between 1940 and 1945 there emerged 131 Fireman artists, including 13 female members of the Fire Service, and between them they produced thousands of images of war. Some of the images they produced were used in posters for information and other works were exhibited in galleries. The author explains the role of these firemen and women and their involvement in fighting fires during the Blitz on London, Coventry, Liverpool and other towns across the country. The fact they were able to paint such images after facing such trauma is a testimony to their bravery. This work illustrated makes us aware of this largely unsung and vital service which fought a campaign on the Home Front.

The German army was denied various types of artillery under terms of the Treaty of Versailles, but in the rearmament programme they developed a range of specialist guns and super-heavy weapons. The ordinary field artillery was part of the Blitzkrieg tactics and although motorised much it remained drawn by horses. The Germans also developed long-range, super-heavy guns and applied names to individual weapons such as Thor, Gustav and Dora. They were so large they had to be moved by rail and required vast amounts of resources to operate them. This film shows these great guns in action and the devastation they caused in the Crimea around Sebastopol where they were used.

Undoubtedly impressive in propaganda films the guns failed to inspire the commanders in the field such as Field Marshal Erich von Manstein, who believed the Gustav gun which is one of the weapons in this film: “… bore no real relation to all the effort and expense that had gone into making it.” In other words such weapons were a ghastly drain on resources. Seeing them in action in this original wartime film footage is a rare treat for students of the German army and adds to one’s reference library. The bonus film of Leopold in modern colour film is perfect reference material for modellers because of the close detail. Watch it and be amazed at the effort put into something which was never going to win the war or even a battle.

When the German army attacked France and the Low Countries on 10 May 1940 they took on the Western Allies which had a combined tank force which was much stronger than its own. In June the following year the same thing applied when Germany attacked Russia. To counter this imbalance the German army created Panzerjager units, Tank Hunters, and developed a range of specialist vehicles such as Jagdpanther, Marder and Hetzer. This film explains the development and role of these specialised units and vehicles. The weapons they deployed had to become increasingly ever-more powerful to defeat the levels of armour being applied to Russian, British and American tanks. This was the spiralling gun-armour race and despite its best efforts Germany lost it due to a waste of resources and the overwhelming quantities of tanks produced by the Allies. This film uses archive film footage and shows some extraordinary action especially as the vehicles move through the sea of mud in Russia. This is a film for enthusiasts and although modellers may derive some benefit as reference they may find the film is rather grainy for their purposes.

There were around 7,368 Churchill tanks of all types built and the vehicle remained in service from 1941 until 1952 and saw action in the Korean War. It was perhaps the most versatile of all British tanks built during the war and was developed into a number of specialist roles including bridge laying, recovery, flamethrower and of course as a gun tank. There are a number in museums around the world and occasionally an example comes up for sale. This latest titles in the ‘Owner’s Workshop Manual’ was written by an owner who uses his first-hand knowledge to present a valuable history of a remarkable tank. It served in most theatres and was even supplied to Russia and the author tells a fascinating history of the vehicle and his own experiences in restoring a Churchill tank. He explains how modern components can be used for the engine and how the metalwork was restored. This is a real owner’s manual in every sense even though the chances of actually owning one are rare. But just in case someone should be lucky enough to obtain a Churchill, this is the reference work you will need to get it up and running again.