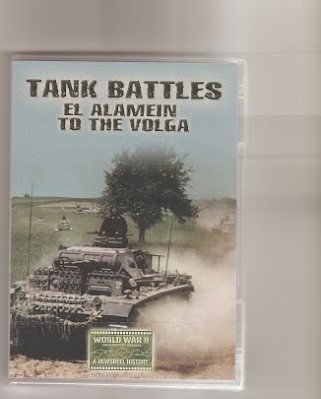 This is another of those books in the Weapon Series which one has to ask; ‘Why has it taken so long to appear?’ Now that it is here it was worth waiting for. The author is an expert in firearms and he knows his subject very well. He takes the reader through the complete history of these weapons into post-war campaigns and popular modern culture including films. This work follows the well-tried format and describes field stripping, servicing and handling. The book is a must for re-enactors and weapon collectors who will find it most instructive and informative, just like a field manual of the German Army. The cutaway diagrams show the internal mechanism and the text contains a wealth of technical data. One could pay much more for a book on this subject and only receive a fraction of the knowledge.

This book is all about turning the shooter into what the title claims which is to make him or her ‘Beyond Expert’ by developing skills at various ranges through personal advice from the author who gained his through experience. He has advice on zeroing, loading and skills of general handling of a weapon. The book focuses on pistols and semi-automatic weapon with the US military, which might seem unconnected with shooters in the UK where pistols are banned, but there is much that is applicable. The author, himself a champion shooter, imparts a lot of practical advice which British shooters might be able to draw on to improve shooting at all ranges. Photographs of targets might not seem interesting but the captions explain what happened and the main text expands on that. A typical example of the author’s advice is that a shooter should use one’s eyes because he believes they ‘…drive the gun…’ A nice compact volume one can return to many times for reference or cross-checking advice.

Re-enactment events are held in the grounds of many large estates such as Lupton House in Devon and Littlecote in Berkshire which is fitting because they were requisitioned for military use in the war just like the name of this book. Only 20 of the hundreds of properties taken over by the military are covered in this work and these are the better-known such as Bletchley Park and Southwick House. The author is an expert in architecture and he describes the background to the properties and the use to which they were put. Many were vandalised and some subsequently demolished but fortunately many more survived the ordeal. After reading this one will have a different opinion of such houses and re-enactors will certainly add to their history at displays. There is room for a second volume on this subject.

The titles in the Campaign series covering the earlier periods of history are of great interest to war gamers because of the level of detail they contain but ancient history can be interesting to a wider readership. After all, many of the great generals from WW II studied the classics such as Julies Caesar’s campaigns and they would have known of this operation against the Gauls in France. With the modern road network many of the locations can be visited and walked to get an understanding of warfare over 2,000 years ago. This makes this an interesting subject for enthusiasts of military history, modellers and war gamers. There are re-enactors portraying the period and as a reference book they might enjoy reading this work which can be used as a battlefield reference guide along with modern road maps for orientation and distances.

The names of the campaigns and battlegrounds will be familiar to viewers of this film from other documentaries and books on the subject of tank battles in WWII. This production has been put together using original wartime archive film of the type German civilians would have seen in cinemas. It also contains footage of Allied tanks and troops in action to give a good cross section and the Soviet film still has the ability the shock even if it has been seen before. This film shows German tanks in action on three main fronts and the hardship the troops had to endure from desert to frozen wastes. The long supply columns to support the advances and the debris left in the wake of the beaten armies as they retreat make sharp contrast in viewing. Modellers and re-enactors will find this a good source of information and vehicle owners will be amazed at what tanks and trucks could achieve under such conditions.

Winston Churchill described Russia as a ‘…riddle wrapped in a mystery inside an enigma…’ The code-breaking centre at Bletchley Park at Milton Keynes in Buckinghamshire knew all about unwrapping riddles set by the German encoding Enigma machines and solving the mystery. Thousands of men and women worked at this top secret location to break the codes of millions of messages and thereby shortening the war by at least two years. This DVD takes an in-depth look at the work done at this centre using first-hand accounts, analysis by experts and veterans to make this a unique insight into one of the most secret establishments of the war. The site is open for the public to visit and after watching this, viewers will want to see it all for themselves.