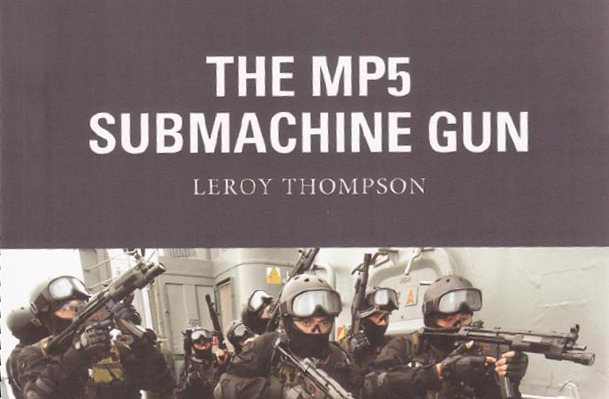 Looking at newsreel footage of Special Forces on operations the imagery shows them armed with many types of modern weaponry, and there amongst all the hardware is the venerable MP5 SMG. This weapon from the design team at Heckler & Koch can be traced back to the 1960s, but it did not begin to come to notice until the 1980s when specialist anti-terrorist units began to use it.

More than 30 years later it has gone through many transitions from the folding stock to the fixed stock and suppressed versions. The author, a highly experienced shooter and respected author on firearms, charts the history and development of this weapon from the very beginning to the most recent operations. It is a concise work with good cutaway diagrams supported with detailed explanatory text which we have come to expect from the publisher.

US MARINE VERSUS JAPANESE INFANTRYMAN

The titles in the Combat Series from Osprey are interesting to many different types of reader including war gamers, modellers and general military enthusiasts. This work compares the US Marines, with their reputation for toughness, against the Japanese Infantryman who did as directed, in the battle for Guadalcanal Island. The author compares weapons, training equipment and outlook to war from the point of view of both sides.

War in the Pacific was a harsh unforgiving theatre of operations and in the end it was the Americans, with their better logistics and superior firepower, backed by weight of supplies, which forced the Japanese back one island after another. Through first-hand accounts, detailed maps and assessments the author delivers a solid read for all interests.

The Soviet Union armed forces reached a peak of around 20 million during WWII and the country suffered almost 12 million civilian and military deaths. The exact figure will probably never be known and the full cost to those Partisan units which fought against the Germans cannot even begin to be guessed at.

The role of the Soviet Partisan between 1941 and 1944, when the Germans were finally pushed back, is charted in this work, which reads like an illustrated war diary. The photographs, much of which has never been seen before, show men and women taking on the might of the German army and the consequences for their actions that led to their execution if captured. First-hand accounts make this a vivid read on a little-understood aspect of the war. Weapons, tactics and operations are charted here and the author includes a useful list of museums to visit.