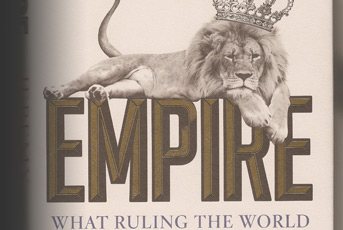 In his writing style he delivers the answers in a most informative fashion. Empire is his latest work and in it he expresses a number of opinions and provides explanations for why Britain did certain things to make overseas nations become part of the British Empire. The Empire was at its peak during the reign of Queen Victoria and in that time there were many campaigns such as the Crimean War and Zulu War both of which are covered in this book. His explanation of what happened during the Opium Wars between Britain and China in 1839 and 1842 and again in 1856 and 1860, certainly makes events clear to this book reviewer. If there had been text books like this when we were at school then we would have paid more attention and history would not have ben dull. This one volume tells the history of the greatest empire the world has ever seen and makes the reader aware of what Britain got from it.