German Troops in the American Revolution 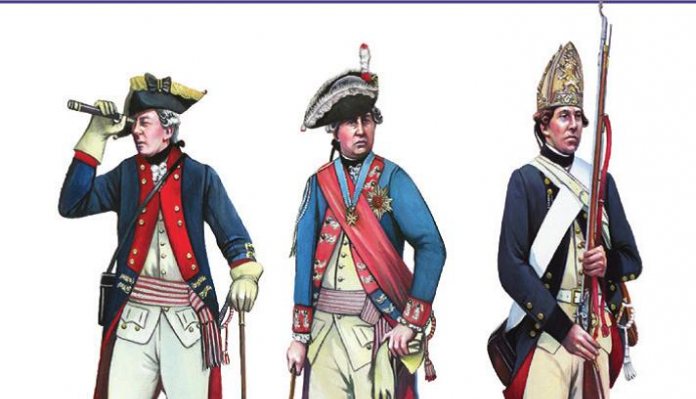 From the first pages on opening this book, it becomes obvious that it is a rare treat for those whose interests lie in the detail of 18th-century uniforms. This includes wargamers, modellers and, of course, re-enactors, all of whom want to get the attention to detail correct. The book covers the period of the American Revolution or War of Independence from 1776 to 1783 and will prove a valuable reference work for those enthusiasts of the period. All the main regiments are featured, along with some lesser-known, from drummers to infantry, engineers and artillery. Whilst the author covers some engagements from skirmishes to battles and sieges, such as Germantown in 1777, the book remains at its core a reference work examining the intricacies of the different uniforms from privates to senior officers. A fascinating and engaging work, well-illustrated throughout to cover a period often overlooked.

German Troops in the American Revolution (1)