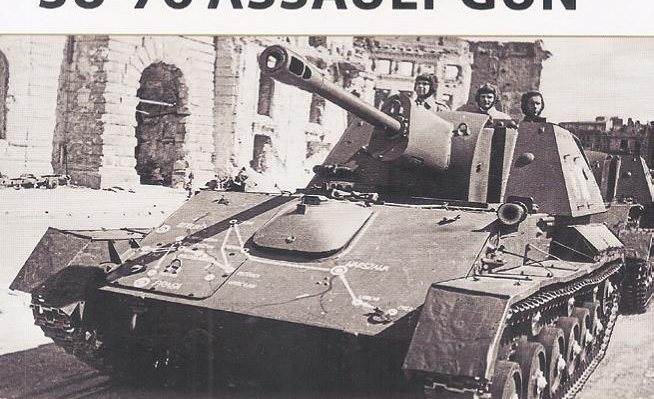 Following the German army’s attack against Russia in June 1944, the Russian army was desperate for new weapons and tanks and began an armaments development programme on an unprecedented scale. One of the new AFVs, was the SU-76 Assault Gun, which began development after the attack and entered service 18 months later. It gave the Russian army mobile artillery support and, by the end of the war, over 13,000 had been produced. This book tells the story in depth and will appeal to vehicle enthusiasts, while the artwork will be welcomed by modellers for the reference source. The SU-76, like so many wartime Russian AFVs, served into the 1960s and beyond, and used by many of Russia’s client states, as this book reminds readers.