Tanks in the Battle of Germany 1945 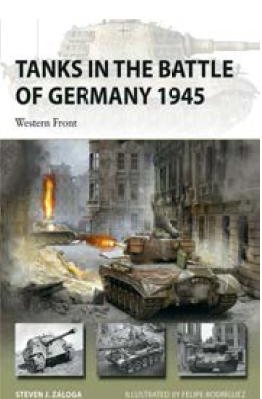 By 1945, Germany was being squeezed from all sides and forced to engage in defensive operations. This first-rate work concentrates on the effort put into these last months of the war by the Western Allies, who pushed the Germans from one stand to another. Broken down into two main parts before presenting the final analysis, the author considers the organisation of each side and the technical factors. This is a book that contains something for all military interests, from modellers and war gamers, to the general reader and the battlefield tourist. Enthusiasts of armoured warfare will be pleased by the meticulous research which has allowed detailed charts to be prepared, showing the numbers of all types of AFVs committed to battle, including production and losses. Readers will be amazed at how Germany literally threw everything and anything into these last desperate actions against the superior numbers and heavier weapons of the Allies.

Tanks in the Battle of Germany 1945