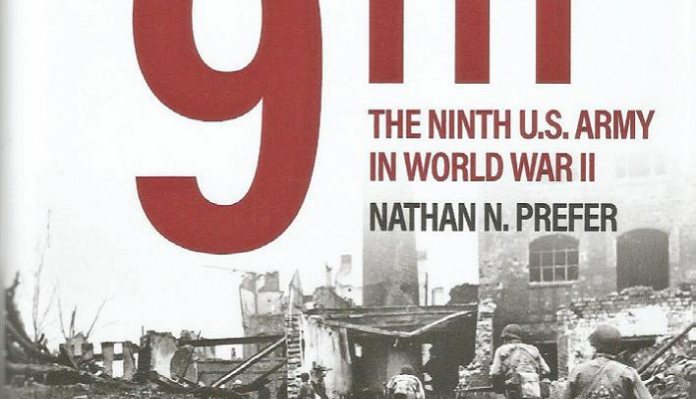 During the course of any prolonged war, new regiments will be formed and replacement or reinforcing battalions will be raised. This is the history of one such unit raised during WWII, the 9th Army, which ‘officially came into existence at Fort Sam Houston, Texas, on May 22nd, 1944’. A lot happened before the 9th Army was formed and the author gives a brief outline of events before plunging into the combat history of the unit. The 9th was sent into battle on September 5th, 1944, in Brittany during the later stages to liberate France. Although late arrivals into the war, the soldiers would be engaged until the very last and the author takes the reader through the period stage by stage. The list of engagements where the 9th fought is impressive and its achievements remarkable. A fine history which does credit to one of the few remarked on units of the war in Europe.