To VE day through German Eyes 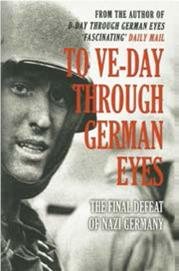 In the final chapter, the author reminds the reader that 335 days elapsed from the time of D-Day to the 8th May and Germany’s surrender. So why did it take the Allies more months to liberate those territories which the German army had overrun in 1940? The answer is revealed in the pages of this well-researched book which weaves together background details of episodes of the campaign in northwest Europe along with first-hand accounts from the German point of view. This includes the military, civilians and non-Germans from France and Holland who volunteered to fight for them. Similar works have appeared before, but this is a refined style and the author interweaves a good balance of accounts covering trauma and how ad hoc units, known as ‘Battle Groups’, were formed to keep fighting in the defence of Germany until the very last. An excellent general read or something to use as a reference work.

To VE-Day Through German Eyes