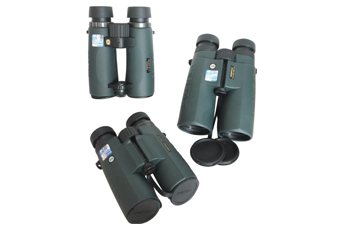 Pentax that name to me means cameras as I owned a couple of their 35mm SLRs (Single Lens Reflex) types’ way back in the 1970s and they were good kit. What few Brits fail to appreciate is that as an optical company they do not just make cameras as they have a sporting division that does items like spotting scopes, telescopic sights and binos. Admitted here in the UK the hunting/shooting side of the business is played down by the major importers, which means we are missing out on what are a decent set of binos.

The build is familiar and follows to a degree the top European brands, the internal roof prisms offers two straight optical barrels in a green, rubber-armoured skin. This not only protects but also offers a secure hold in all conditions. Inside the frame is made of magnesium alloy for strength and lightness.

All lenses are fully, multi-coated with multiple, anti-reflective coatings on all air-to-glass surfaces. The BAK4 prisms optimise light transmission and the phase correction enhances resolution and contrast through the roof prisms. There are twist up/down, multi-position eye cups to suit glasses wearers and those with normal vision. Typically there’s a dioptre/adjuster at the rear of the right hand barrel, which is used for primary focus, with the centre wheel adjusting main focus.

Optics are sealed with O-rings to prevent moisture, dust, and debris from getting inside the binocular, so effectively waterproof! The barrels are filled with nitrogen to inhibit internal fogging and Pentax put a sticker on the binos that denotes their immunity to snow, rain, water and fog!

I was sent three examples 10x43 DCF ED, 9x42 DCF BR and the larger 10x50 DCF SP. The two DFC models are similar in build with a single, wide hinge point at the rear of which is a large, rubber focusing wheel. They also feature a lockable dioptre, which I found useful! Slightly different are the 9x42 DCF BRs, as they have a twin hinge build, which cuts down on weight and also offers a lot more surface for your hands. It’s purely a matter of taste!

Two more good features are the objective lens caps are fitted to the front hinge section so cannot get lost. However you can unscrew the retainer and underneath is a standard, ¼”, camera accessory thread so with an adaptor they could be tripod-mounted. Padded neck straps are included along with a single piece eyepiece cover with break-off hook on the right. Also all models come in a padded nylon pouch, however, there’s no belt loop, which is a pity.

In use no complaints optical quality, colour and contrast where superb. One thing I thought a little amusing was on the 10x50 DCF SP Pentax has modelled the outer rubber body not unlike the new Zeiss HT binos…