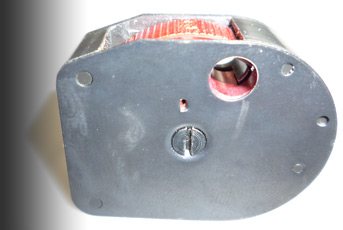 It was later used when the SuperTEN pre- charged pneumatic was launched in 1996 and has been integral to all of the company’s multishot PCPs ever since. The pellets are housed in a rotating cylinder similar to that found in a cartridge revolver. This alloy carrier is tensioned against spring pressure as each individual chamber is loaded and it is stopped from rotating by a small catch. The catch is tripped by the rifle’s action as it is fired, allowing a fresh pellet to be presented for the next shot. These units generally work well, but the tripping mechanism can sometimes play up, leading to mis-feeds or non-feeds.

So BSA recently went back to the drawing board and came up with a new design, that does away with the catch and on-rifle actuator mechanism completely. The magazine still looks essentially the same, but the outer body is now made from polymer instead of steel and has a groove at the front to aid grip when it is removed from the rifle. The inner pellet carrier is similar to the old style, but a small internal bar stops the carrier from rotating when the pellet is inserted. The inner section is wound back anti clockwise against spring tension and a pellet is inserted until all 10 holes are full.

When a pellet is fired, the bolt is withdrawn, and, as there is no longer a pellet stopping it rotating, the inner wheel moves round clockwise, presenting the next round. I’ve fired over 2,000 pellets through one of these new-style feed devices with not a single problem. He also reports that he sees no way that they could malfunction and they can be used with long and short pellets. These updated magazines are standard in all new BSA PCP multi-shot rifles and the alloy wheels are colour coded; blue denotes .177 and red is for .22. The pellets are retained by an O-ring round the outside of the cylinder, which is numbered 1 to 10.

The really good news is that these mags will fit older style multishot BSAs such as Ultras, Hornets and Scorpions without modification, so enhancing the reliability of many earlier rifles.

The magazines are around £40 and are available from all BSA stockists.