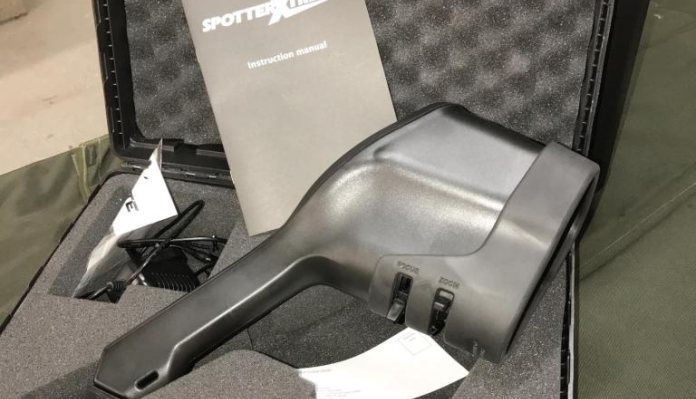 Though I appreciate NV, my night shooting needs and budget don’t run to the prices up market kit currently costs. I thought that digital would solve all that, as costs are considerably less, and in some cases, what is on offer is good, others not so. One name that passed me by was Nite Site, as they offer a plug-in camera system for your day scope that has proved hugely popular. I did not like it, as there seemed far too much wiring floating about and the viewing screen totally dictated your head position, which I found most unnatural!

However, at IWA this year I was on their stand and started talking to one of the staff who asked me had I ever used their products? I explained my reservations and she said things had changed considerably and would I like to borrow some kit for a longer term test. Well that’s a big yes and I’m glad I did.

I explained I’m more a firearms shooter, in both rimfire and centrefire calibres and they sent me the latest RTEK Eagle Nite Site, saying it would do both. Also, and unexpectedly, the subject of this first test is their SpotterXTREME, which is a hand-held digital viewer, as opposed to a monocular build, that as I discovered, has many applications!

First impressions are of size and weight at a not inconsiderable, 13” high x 7” deep and 4.5” wide and 2lbs 14oz. Most of this is in the upper section, so making it a bit top-heavy! However, the handle is comfortable to hold and sensibly there’s a camera thread socket inset in the base, so it can be tripod-mounted. Build and operation is nice and simple, which is good. The front and sides of the head are rubber-armoured, with the camera lens located at 6 o’clock inside the IR emitter screen, are set back from the rim for protection. Underneath, are the viewing controls that take the form of large levers, the rear one is FOCUS and the front ZOOM; in use, they proved easy to operate and precise in movement.

The 75 x 55mm viewing screen is at the rear, above it is the charging socket and below the IR intensity adjuster knob and the 3-position control switch; top ON in day mode (sun symbol), middle OFF/battery charge and bottom ON night mode (moon symbol). At the base of the handle are a 3.5mm/4-pin video out socket and below it an external battery supply jack-in point. Battery and lead are optional extras. Plus a slot for a strap. Nice is the fact the SpotterXTREME comes in a foam-lined hard case with mains charger. This is good, as it can just live there until needed.

Unlike the original model, which was 16x mag, the SpotterXTREME has increased this to 20x. Operation is simple and offers both day and night capability, though is perhaps of less use in the day, as a decent set of binos will do the job! I tested in both day and night and the first thing that struck me was the clarity of the image; certainly for a digital unit. Equally so, the ability of the focus and zoom controls, which give a finesse of operation I was not expecting!

One aspect to be aware of, is in the hand the camera lens angles down slightly, so you need to cock your wrist up a bit to acquire targets. And although not light, it feels stable to use unsupported, but the weight starts to tell after about 10 minutes. A cross-shoulder sling through the loop would be a good idea, as it could hang when not needed! Power up is instantaneous; hit the switch and 1 second later the screen is fully lit. In day mode, the IR does not operate, in night mode wind the IR illumination adjuster all the way to the left to minimum power before turning on, then adjust accordingly. At night, given the available light or lack of cloud cover, you might not need the IR and as always, too much illumination will cause a white-out in the centre of the screen, as those five IR units pump out some power.

Nite Site quotes a maximum range of 500m and a field of view angle of 25° and in the day, I got it out to that distance, but even at 20x mag small animals like rabbits are hard to spot. At night, things get more realistic, as the IR really helps, as it will not only bring out the eyes as bright pin points but also bounce off their coats too, which adds to the reflective area. Target ID; well 150-250m on rabbits and around 300/350m on deer-sized quarry, obviously depending on atmospheric conditions. I say this as there were no foxes around and both figures are dependant on how much IR you use too. Suffice to say, you can see them coming; even if it’s just eyes and shapes at longer distances, then acquire them properly, as they get into shooting range!

However, the SpotterXTREME has other uses as I went around the farm and its out buildings, in and out of barns etc. spotting rats and pigeons. It always feels odd viewing an animal that would normally run at the sight of you; carrying on as if you aren’t there! On that point, you do get a bit of glare off the screen, which will bounce off your face, however, it did not seem to spook them too much. But Nite Site supplies a pack of stick-on filters that help!

As can be imagined, it’s not just for hunting, as it would be good for antipoacher patrols, counting deer and general after dark security needs. But for a 2-shooter, NV team and combined with the RTEK Eagle, they would make a great combo, as we shall see.