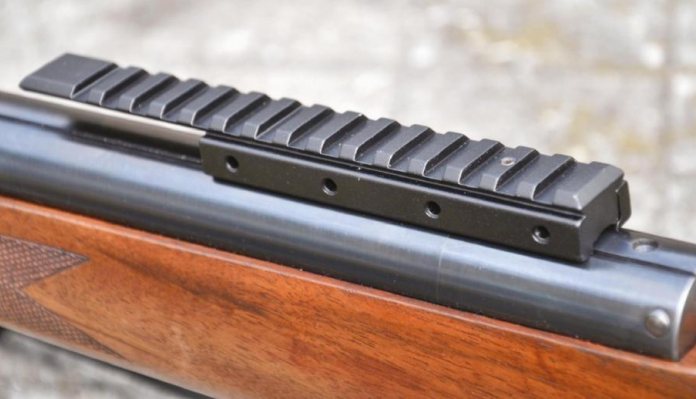 The majority of airguns on the market include conventional dovetail rails, machined into the top of the receiver. However, the popularity of the Picatinny-style mounts used in conjunction with an appropriate rail is increasing, due to the advantages the system offers. Being precision made, these include; repeat alignment, mitigation of scope movement due to recoil and of course the ease of mounting the scope allowing the user to quickly switch an optic from one gun to the next. Hawke now offer an adaptor base rail, which is a very neat solution for shooters who want to use the same mounts from one gun to the next and effectively allows Picatinny mounting systems to be quickly mounted onto a gun with 11mm- 3/8” dovetail rails. It’s a one-piece design that has four clamping screws and it even features an arrestor screw for those who feel they need it. The base weighs 3.4oz and is 6.8” long, whilst the actual clamping section is only 4.3” effectively allowing for a mounting area to be increased.