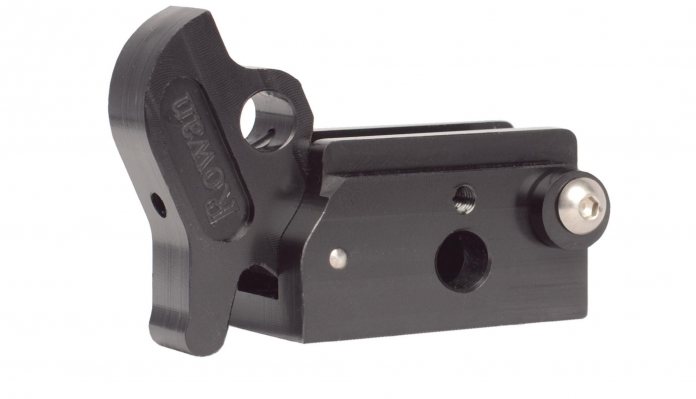 Rowan Engineering supply a ‘spring loaded’ clip for various models of Daystate PCP and now have specifically designed one to be compatible with the Wolverine and bullpup Pulsar models. The ‘loader’ simply slides into either the left or right side of the rifle’s magazine housing, held in place by strong magnets on the underside. However, unlike their other ‘clips’, this doesn’t open automatically when the rifle is cocked. This is because the rifle’s ‘indexing’ mechanism won’t allow for this, so it’s been cleverly designed to be easily operated manually by the push of a generously sized catch, positioned on the lower front side of the unit. This allows the ‘loading arm’ to be manually lifted over and a pellet thumbed into its exposed chamber. Upon closing, the loader now holds the pellet precisely in line for probing directly into the breech and will take quality pellets under 8.5mm in length in both popular calibres.

Incidentally, the reason many shooters prefer ‘clips’ to a magnetic single-shot loading tray is because the pellet can sometimes very slightly ‘tilt’ as it’s pushed along a tray with the possibility on entering the breech it can cause damage to the head, thus effecting accuracy.

Using a ‘loader’ such as this, the probe pushes the pellet straight out of the holding chamber without chance of damage. A contentious subject or not - but there’s no disputing the fact that a Rowan clip makes loading a single pellet less fiddly, especially with cold fingers.