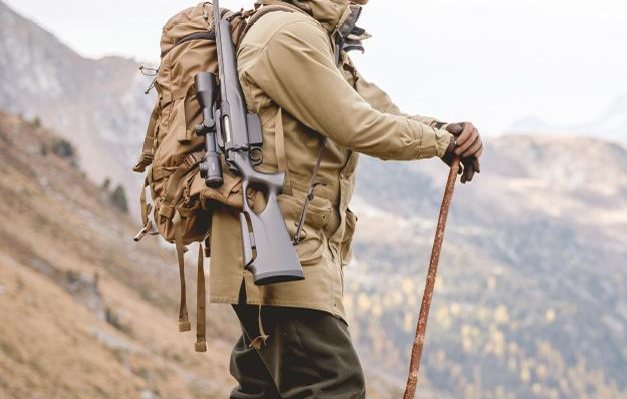 One of most common assumptions about barrels is that a fluted type is stiffer than a regular one. However, this is not as straightforward as you might think! It is true, but only if the barrels have the same weight, while if they have the same outside diameter, it is the regular that will be more rigid.

The other common assumption is that fluted cools quicker, which is true due to their greater cross sectional area. But it’s worth remembering that a heavy barrel has more mass, and therefore doesn’t heat up as fast. Take away barrel thickness or mass, such as in fluted and it will overheat faster. The good news is that it will indeed cool quickly thanks to the fact that a fluted barrel has a thinner wall, allowing the heat to reach the outside air faster.

One thing, however, is certain: fluting does reduce weight to a degree, given their depth; a lighter rifle will be the result. Making it the ideal tool for those who want to reduce their gun’s weight to a minimum! It will also mean that you can have a barrel of a heavier profile, which is more rigid, while reducing the weight.

Mike Roberts, of the Fifty Calibre Shooting Association UK, competes internationally, and believes: “It’s horses for courses. It’s down to personal preference in the end. With .50 calibre and target shooting, the weight isn’t such an issue – unlike stalkers who may have to carry their rifles for prolonged periods of time over rough terrain. What does make a difference to target shooting is the barrel’s ability to dissipate heat, so you don’t have to wait between shots for it to cool as much. I personally find they also have a sleeker, more refined look about them!”

Whether it’s the sleeker looks that you are after or not, fluted barrels are increasingly finding favour. In part this is thanks to a wider availability of ‘modular’ systems, allowing the shooter to customise their rifle and change barrels or stocks according to their needs. So, if you want a heavy barreled rifle for one task, but a light, short tube for, say, mountain hunting, with certain systems you can modify your own rifle in no time at all.

Robert Sajitz, CEO of Blaser Sporting Ltd, exclusive distributor for Sauer, Mauser and Blaser in the UK, is certainly a proponent of fluted barrels: “It not only allows you to reduce the weight of the rifle overall, but gives a stiffer construction.” He saw a gap in the market for a Mauser M12 model with a fluted barrel: “I knew this would be something the UK market would go for, and persuaded Mauser that this was a good idea. Hunters in the UK are stalkers above all, whereas on the Continent far more is done from high seats. A light-weight and tough rifle was what was lacking from the M12 series for true stalkers, which is why we came up with the Impact. A lighter weight is far more suited to stalking, and gives you more flexibility when it comes to choosing a moderator, bipod and optics.”

According to Robert, the sales of fluted barrels, both for the Mauser M12 Impact and for the Blaser R8 Professional Success, have been steady: “The Blaser fluted barrels aren’t cheap, but that is because it’s a very complicated process in their construction. The method is specially designed to put very little stress on the material, and each one is done individually, the process lasting around 45 minutes. It means the integrity of the barrel is not affected at all.”

The Mauser employs a more traditional process for the fluting, but, Robert explains, this doesn’t interfere with the integrity: “It really is one of the most accurate off-thepeg rifles on the market, certainly at this price. Whether it’s for close quarter stalking or long-range vermin shooting, this is one of the toughest light-weight rifles around.” New to the Sauer 404 family is the Sauer 404 Synchro XTC, specifically aimed at mountain hunters, though, with its light weight, and employing the modular system, is sure to find popularity with all hunters. While there are those who still want custom-built rifles, today’s market is leaning more towards these systems.

Two developments in the habits of UK hunters have changed dramatically in the past decade or so. The first is that an increasing number of stalkers are putting time in at the range in order to perfect their craft. Whether this is testing home loads, or practicing from different firing positions, the attitude towards stalking has changed. Time at the range means far more ammunition passing through barrels in a short amount of time, and for that, fluting certainly comes in handy – your waiting time between shots can be reduced if the heat dissipates faster.

The other change we are seeing in the UK’s hunters is the increase in travelling abroad for their sport. A far higher proportion of people are heading to Europe or further afield than they did a decade ago, and an increasing number wish to hunt in the mountainous landscapes. For that, there can be no argument – a lighter rifle, without compromising accuracy, is a huge boon when you have to keep up with a guide used to the steep slopes you’ll need to cover to get in range of your quarry.

To have any effect on weight loss and cooling, fluting needs to be of a depth and some rifles offer very small slots that are more cosmetic than functional. Equally, consider if you really need a fluted tube on a 22 rimfire, as heat build-up is negligible even after a lot of shots. Plus, in all cases the extra machining and processes will add to the bottom line price!