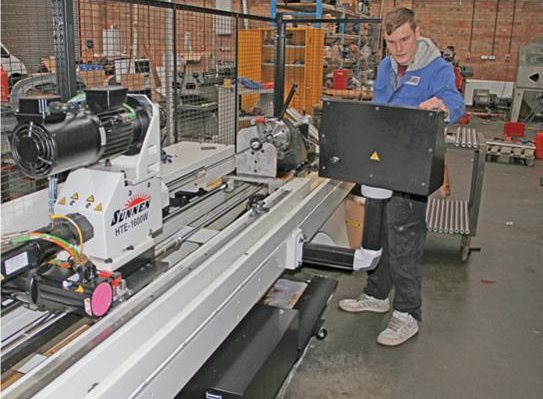 Regardless of whether you are buying a new rifle or a custom wildcat, the barrel is one area that must be right, to get the most out of performance. Not only does it need to be accurate, but it also needs to be safe, erosion and corrosion free and crucially have the correct rifling form and twist to stabilise the type and weight of bullet you want to shoot.

The barrel is the most crucial part, as it has direct contact with the bullet as it spins down the bore and is responsible for containing the explosion generated by the powder ignition. On its own, it is not the only contributing factor to accuracy or consistency but scrimp or get the specifications wrong and no matter how good the action or stock is, that rifle will not shoot. That’s why even a new blank for a wildcat project is an expensive item and you should aim to spend as much as you can on this component and then it’s subsequent chambering and profiling. Or check the existing barrel, and if shot out, factor in the expense of rebarrelling if the action and stock are salvageable.

A bit like bedding, a barrel’s internals are not visible, and you can spend a lot of money of both, but they are the crux of any good rifle, poor foundations and that house will fall. In use, it has a hard time of it internally, with erosion and corrosion problems to contend with, but it’s your only option in guiding the bullet from chamber to target, so any problems and a bad barrel will not steer a bullet true and any imperfections here will be magnified down range.

Internally, the bore must be straight, and the chamber needs a concentric axis to the bore, as well as to the action. Think of it like this, if the bullet, the only part of the rifle that hits your target, does not start its journey down the barrel in a straight line because of a crooked chamber, then you might as well give up now. A poor, non-concentric bullet in the bore will become deformed and never centre correctly in the barrel. Thus, it will rotate around a differing axis to the centre of the bore and when it leaves the barrel it can continue to rotate around a new central point and so follow a spiral path, rather than spin in a straight axis.

The rifling form consists of two areas, first the grooves, which are the deeper sections that divide the raised lands. Their profile and condition are exceptionally important to any rifle and is the part of the bore that contacts with the bullet’s jacket, so it must be correct. The number, size, depth and profile all play a part in the stabilisation of the bullet’s passage down the bore.

Typical rifling will have five to six grooves that means between 25-35% coverage of the actual bore surface. Finding a blend between number, size and depth is an art and totally calibre and bullet weight-specific. Too slim a rifling land and thus a wide groove and the rifling becomes susceptible to erosion from the hot expanding powder gases, so wears quickly. Conversely, they do not contact the bullet as much as a wide land, so will not foul as greatly. Wider rifling lands and thus fewer i.e., three to four are less affected by flame erosion as thin ones are and are therefore popular on smaller, fast .22 and .20 calibre rifles (see typical grooves table). I like 3-groove for my small calibre, high velocity .17 and .20 calibre guns, as they are accurate with uniform twist rates along the bore and tend to foul less. Also, pressure levels seem less than with more rifling lands. From personal experience, this is when a custom rifle can not only be recognised externally for its looks, but internally if the twist rate and rifling dimensions are perfect then you have a true custom, it’s just you cannot see the effort made inside the barrel!

Sub-sonics; I had to mention it sooner or later! Bullets travelling below the speed of sound, require some very differing rifling dimensions. They not only require a faster than normal twist rate to stabilise the projectile, but the use of very slim, shallow and numerous lands is beneficial. This is primarily due to the slow movement of the jacketed bullet means that copper is deposited on these and into the grooves more readily than when shot supersonically.

Attempts have been made to use lubricants like moly (molybdenum) to eliminate copper fouling but the best I have seen are the SSK barrels. J.D. Jones of SSK industries reinvented the whole sub-sonic era, with cartridges ranging from the Micro Whisper that shot a 180-grain bullet from a .30 Mauser pistol case through to his famous 300 Whisper round right up to the 500 Whisper. His method to significantly reduce copper fouling was to use barrels with fast twists but having a larger bore diameter and eight shallow grooves for the .30 cals, instead of say four or five broad deeper lands as normal. The depth of rifling on my Schultz and Larsen 300 Blackout rifle allows ease of cleaning and superb subsonic accuracy with a fast 1 in 7.5” twist.

Tight bores are also sometimes popular, as they produce more pressure, so you can get a higher velocity from a shorter tube. Tight bores on a .308 Win would be 0.298” diameter and 0.307” groove diameter, instead of the standard 0.308”. Mike Norris uses a tight bore system on his Ratal rifle, which allows a shorter barrel but still maintain excellent velocity and accuracy.

Traditional rifling resembles an almost castellated profile. This is fine but the depth, profile, bore to groove diameter all influence bullet performance. Special forms, such as Polygonal, is unusual as it does not have the traditional vertical edges to the lands. Instead, the bore is smoothed out to a multi facetted or hexagonal shape form that look like a spiral flute. These subtle grooves give less of a torsional grip on the bullet and are supposed to aid in a better gas seal. I have used several polygonal barrels that exhibited fine accuracy, but whether they are better than normal forms remains to be seen!

This is where the traditional rifling land has been redesigned to resemble a slow gradient to one edge of the land instead of the more traditional sharp angle. It has this leading edge on the side of the twist rotation to smooth out the bullet’s engagement as it enters the bore. In fact, the leading edge is almost tripled in length to allow a smooth lead up to the top of the land to minimise bullet deformation yet maintain correct obturation into the lands and align the bullet in a smooth and consistent way, so it is set up perfectly around the bore axis. Shilen barrels makers make Ratchet rifling barrels.

A similar type, or with the same ethos, is that of Broughton Barrels, their 5C (canted land) barrels are designed to produce more velocity, yet foul less than conventional designs. If you compare barrels of the same length with the rifling groove number, the 5C profiled tubes can achieve higher velocities, often up to 100 fps more and that can make a difference at long range with longer types.

Commercial Remington rifles now use 5R rifling on their premium guns. This system profile increases barrel life and thus accuracy. You have five lands instead of six, which means that none are opposed to each other. In other words, a land is opposite a groove. You also have a more tapered, or shallower angle of 110⁰ to the land’s edge, instead of the traditional 90⁰, all resulting in less bullet deformation, stress on the bullet jacket, all achieving better accuracy and less fouling. Button or cut rifled barrels are a different matter also but that will be another article.