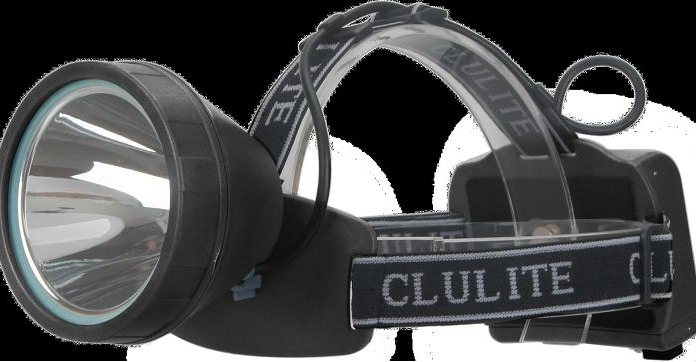 An important part of my hunting gear is without doubt a head-mounted lamp, which has a multitude of uses; looking for downed quarry at night, having enough illumination to check a rifle is empty or even working in the dark! Generally speaking, this group of lights come in two versions, compact with a limited range and larger with a much increased operating distance, which and depending on your needs, offers two distinctively different possibilities.

For me the larger-style is preferable, where the bulk of the design is balanced by the power of the beam offered in both effective range and brightness. As I discovered, Cluson’s new Head-A-Lite Pro Flood 900 rechargeable headlamp is just the ticket. The build is more ‘old school’ with a large, 90mm lens lamp head with a separate battery pack at the rear of the harness. Bigger and heavier yes, but if you want some serious power then worth it!

The 10 watt, CREE T6 LED is quoted at an output of 900 lumens, with a 300m pre-focused beam. Power comes from 3 x rechargeable integral, Li-ion 18650 batteries, with Cluson quoting run times of 8-hours on high beam and 16 on low. There’s the normal, wrap-around and up and over, adjustable, elasticated head harness, with both battery pack and lamp being supported by plates for added stability. These have soft, foam rubber pads on these surfaces, to improve comfort for longer-term use!

Though the beam is pre-focused, the lamp head hinges through an arc of approximately 30° and can easily accommodate for longer and shorter-range usage. The controls are located in the battery pack, with a simple ON/OFF button on the lower left and the charging port, complete with rubber cover, on the right. Operation is simple; press and release to turn it on (low power) with two more cycling it up through medium to full output. A further full press turns it off again.

Cluson supply a mains charger that plugs in to the socket underneath on the right of the battery housing. I think they have missed a trick here by not including a cigarette lighter adaptor for vehicle charging too, as they often do with other of their lighting systems! However, with the Head-A-Lite’s generous run time, even on full power, a full night’s work can be easily accomplished on a single charge! Charging takes 10-hours from empty and is indicated by an LED indicator light that goes from red to green, the latter indicating fully charged.

Though not heavy by any means, the Head-A-Lite is bulky compared to some other lamps in its class, but I found that no impediment. The beam given is quite wide and easily illuminates out to 50-yards + and could be used for night shooting at closer ranges. Operation is easy, even with gloves on and the long run time is useful too.