Hearing Protection Why We Need It 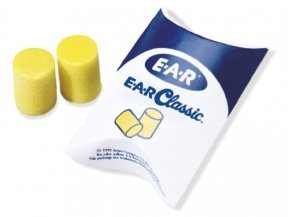 For most of us, hearing loss is insidious. It often takes a particular event or situation to suddenly make us aware of the changes that have taken place. My personal encounter with hearing damage came a week or so after I had been knocked from my mountain bike and through the windscreen of the car that hit me. I woke up one morning in I.C. aware of an unchanging whistle in my right ear. I tried to ignore it, without success. Tests revealed that I had Tinnitus, probably induced by a subtle rearrangement of my inner ear or brain following the 43-G impact. Tinnitus is the catch-all name for a wide range of hearing defects – all of which are centred around ‘noises’ generated within the ear, skull or brain and for which there is usually no fix. The sounds can range from continuous low to high frequencies, whooshing and even strange ‘echo chamber’ effects. Unsurprisingly, the tests also revealed that my hearing levels and range of frequency were well below par for my age.

The consultant questioned me on my lifestyle and employment. No, I did not work in a foundry or mend jet engines. But I had been a keen shooter since the age of eleven. He smiled. And when did you wear any hearing protection? That was the key. I shot my .410’s and later, 12 bores in rough and game shoots for almost 20 years without the use of even an ear plug. I only wore ear defenders at competition clay shoots because I was told to do so. Pretty stupid really. In the ATC we used original BSA and Morris tubed .22 Parker-Hale S.M.L.E.’s on an outdoor range in Fakenham, again without muffs. Add to that the fact that I ran a mobile discotheque for a number of years and I suppose it was inevitable that I would lose hearing acuity.

I guess we’re all familiar with the Richter scale that quantifies the power of an earthquake, being logarithmic to the base 10. That is to say, a Scale 7 earthquake is 10 times more powerful that a Scale 6. This mathematical construct is similar to that which applies to decibels (db) as a measurement of sound pressure. In this instance the figure is 10 times logarithmic to the base 10. That is to say, 90 db is 10 times louder than 80 db. The decibel being one tenth of a bell, named after Scottish inventor Alexander Graham Bell. Less obvious is that fact that 0 db has a power ratio of 1.

It’s generally accepted that exposure to noise greater than 140 db can permanently damage hearing. As little as one shot can be enough to cause irreparable damage to not only the shooter, by bystanders as well. Almost all un-silenced firearms create noise levels greater than the 140 db level. Indeed, even a rimfire rifle can produce noise around 140 db, while fullbore rifles and pistols can produce levels in excess of 175 db. Indoor use where sounds can echo or bounce off walls can further amplify the level. Muzzle brakes can also concentrate and amplify muzzle output.

HAVE YOU STARTED TO LIP READ AT PARTIES?

The nature and frequency of the sound produced by firearms tends to begin by reducing the ability of the ear to interpret the higher audible frequencies. If you have trouble identifying ‘th’ and ‘s’ as well as higher frequencies in music then things are going awry. If you cannot segregate one train of sound against a high level of background noise, or there seems to be a degree of distortion to the higher frequency sounds then you have already suffered irreversible damage. Contrary to popular belief it is the weak side ear that is exposed to greatest risk, the left ear for right handers and vice versa. The reason is that because of the posture of the shooter the strong hand ear is in the dynamic shadow of the head. The exception is free-style pistol or revolver shooting. Here both ears are exposed to more or less equal risk. The ability to discriminate higher frequencies is not the only symptom associated with early damage. Tinnitus can also result from these high noise levels.

I’ll steal a quote from Google “The first recorded mention of the use of wax earplugs is in the Odyssey wherein Odysseus’s crew used them to avoid being distracted by the Sirens’ songs”. So, hearing protection has been around since the time of Homer, that’s almost 2700 years ago. Ergo, you’ve got no excuse!

NEVER TOO LATE TO COVER UP

Three types of hearing protection are common, the simple ‘in ear’ inert plug and mechanically adjusting variants, the in-ear electronic system and various forms of the over ear insulator. Used alone, the inert plug is not ideally suited to use with fullbore sound levels, but does make a beneficial partner when worn in concert with a high quality pair of over ear insulators (ear defenders). In a range environment they are more than adequate. The objections to such kit are usually from those who need to be aware of other external sounds for reasons of safety or practicality, such as hunting or military action. Here the in-ear electronic system or electronic defender (muff) are ideal. However, any electronic systems need to be of a design intended for use with firearm sounds, rather than just generic electronic units intended for industrial applications. Manufacturers are now required to specify the attenuation of their devices and the frequency range to which it applies, there are good and bad devices on the market. In simple terms, you’ll get what you pay for. To illustrate this fit is all and many slim cup designs do not close around the ear enough to form an effective barrier. Equally the stock of your gun may cause the muff to ride up so and again exposing the ear to harmful levels of noise.

I’ll quote from the RNID (Royal National Institute for Deaf People): “Your level of deafness – mild, moderate, severe or profound – is defined according to the quietest sound, measured in decibels that you can hear. The quietest sounds people with mild deafness can hear are 25-39 decibels, while it’s 40-69 decibels for people with moderate deafness, 70-94 decibels for people who are severely deaf and more than 95 decibels for those who are profoundly deaf. If you have mild deafness you will find it difficult following speech in noisy situations. If you’re moderately deaf you may need to use hearing aids. You will probably rely on lip-reading if you’re severely deaf, even if you wear hearing aids, and BSL may be your first or preferred language. BSL is likely to be your first or preferred language if you are profoundly deaf.”

Take Homers advice, protect yourself from the Sirens!

My sincere thanks to the American Speech-Language-Hearing Association and the RNID.