Hunting Story: Stuck in a Rut 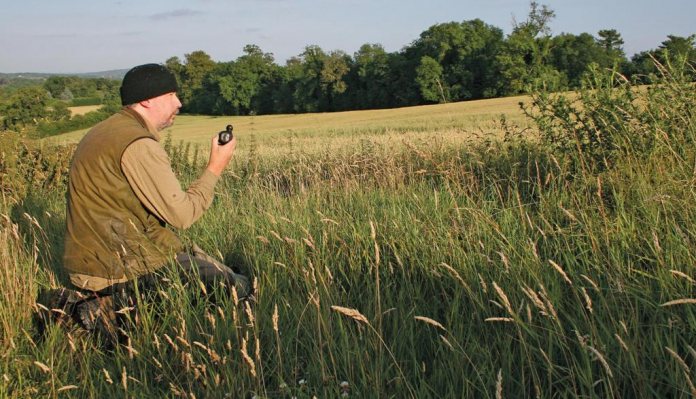 Mid July to early August are always the most exciting dates in the Roe stalking calendar, why? Well, they are in love and rutting activities between bucks and does makes your chance of harvesting an amorous male just a bit easier.

Roe are not particularly vocal; only really breaking silence by barking at intruders, be they rivals or humans straying too close. Come July and the young fawns can be heard ‘feeping’ for their mothers and does that are coming into oestrus become far more vocal in an effort to entice a suitor.

This high pitched resonating squeak can be used as a reassurance to fawns, a warning to younger males, or to entice a mature buck. By mimicking these, you can hopefully increase your success. However, choosing a call and using it properly are two different things, but it’s possible!

There’s a vast array of calls, or you could go traditional by rubbing beech leaves squeezed between the fingers and played like an Oboe’s reed. Getting a buck like this is really special! The cherry wood Hubertus has a plastic reed with an external thumb screw, which varies the pitch for the fawn screaming for mum or an in season doe looking for love. There is a plastic version without this feature, which gives equally authentic sounds.

Richard Prior, the doyen of Roe, has his own make roe calls and these consist of a traditional wood body with a plastic reed arrangement that accurately gives a doe’s scream and melodic rutting call. There’s a superb CD describing calling techniques, equipment and when and when not to call.

Faulhaber is another winner, available in plastic-cased (large or medium) these contain four or two calls respectively that will cover the entire range of activities. The Medium set mimics the doe calling a buck and a fawn in distress to bring in doe and thus buck in tow. The large set has the above calls plus a doe lament for the height of the rut with bucks in attendance and her cry of anguish that they make when the chasing gets too intense!

Probably the best is the Buttolo, with its characteristic plastic base containing a reed with a soft rubber bulb top and rubber end cap, so no need to blow like the other calls. A gentle squeeze imitates the doe’s rutting call and the anguish or terror cry is made by depressing the bulb completely to the plastic base. Sound can be modulated by covering the holes in the end cap. Buttolo also make a plastic reed-type blown call that has two ends that mimic all the calls needed in one easy unit and can be used for Sitka whistling also, whereas the original Buttolo is also excellent for Muntjac.

I like to sit with my back against a tree or nestled in amongst the foliage where I have a clear view of my front. It’s good to give yourself a bit of leg room i.e. at least 100 yards of dead ground in front, as if a buck comes running that gives you time to assess the situation and ready a shot; if you are in the thick of it you will panic and be all over the place. Never rush shooting!

Morning or evenings never seem to make a difference, although if there is a full moon the Roe will have been rutting most of the night and probably be found in the morning catching their breath. So, a mid morning start can often work wonders, also, if the day has been hot, then an evening’s calling as the temperature drops can get them up and out again!

It’s very important not to blow or squeeze the call like a dog chewing a squeaky toy, all this will do is alert the deer not entice them and will educate them to your presence every time they hear it.

Be thoughtful and calm, starting with several low muted tones and then break off for 10 minutes and continue with a series of four to five varying pitches to mimic a doe walking as she calls. Then leave for a good 20 minutes, let the deer listen and become reassured to the calls validity, as if they are interested they may well be on their way to you unseen! Deer can pinpoint sounds directions just like foxes, so be patient. Sometimes a few toots and a buck that has been chasing or lost the scent of a doe can come barrelling in from nowhere, the heart starts pounding then I can tell you!

Experience and putting it all together is half the fun for me, calling is never the same twice, the location, weather and deer density all makes a huge difference. July 11th is quite early for calling in Surrey but the hot humid and thundery weather is perfect for getting the Roe’s blood up and intentions on love.

I set up at 6.00 pm on the outskirts of a wheat field, tucked into a bunch of thicket, so as not to silhouette myself. The wood opposite was a great Roe bedding wood and as the evening unfolded they would silently seep out through a maze of secret tracks. Behind me was a flat field boarded by a track that they had been using this to rut and make their roe rings as the bucks chase the doe in circles and figures of eight. By getting into position early I was hoping to intercept them on route, either from the wood, or quite often they would be laid up in the cereals.

In this scenario the Buttolo with its long reaching sound is ideal. I started a series of low feeps and waited and repeated. A fox popped out at 35 yards, stopped, realised his mistake and sped off tail twitching in agitation. At 8.00 pm a small buck emerged from the woods but took no interest and that was the evenings stalk over.

At 04.00 the next morning the wind had changed and I was on the other side of the field with the wood to my right, so I now had to be ultra vigilant as a roe could pop out anywhere. It was still, with mist hanging in the air and you could hear a pin drop!

Here I switched to the Hubertus cherry wood and started softly as a doe would as she walked through the woods looking for bucks. Instantly a yearling doe came bounding out and stood looking in my direction, partly in surprise and partly to see if a different doe was in the vicinity. I slowly raised the rifle and waited motionless in case a buck was in close pursuit. Alas no and she soon lost interest and slipped away.

I was just about to call again and my eye was drawn to a mature doe head down and panting coming down a tram way in the wheat, with a nice buck in hot pursuit. But as they neared to 120 yards the doe veered right and went unsighted, if the buck followed I would lose them amongst the crops. I quickly gave a couple of sharp feeps and he literally skidded to a stop as did the doe and both looked my way. The doe did her best to restart the chase but a few more subtle feeps and the buck was slowly edging his way towards me; maybe the grass was greener over here?

At 70 yards and rested on the sticks I was confident he was right and a neck shot above the crops would be assured. A 150-grain Nosler Accu Bond struck its mark and he dropped instantly and away bounded a bemused doe. It doesn’t always work like that but sometimes a combination of luck, circumstances and confidences not to over call can reap its rewards.

Roe calling can be a fickle business and a bit of an art, but perseverance and practice is key to getting the tone, duration and delay of the call just right. That’s half the fun of calling bucks in, if it was easy there would be no sport! But when it all comes to together and a doe comes running followed by the buck of your dreams you will be hooked. Calling adds another tool to your arsenal for tackling Roe and if used sparingly I have called them in most months, as you mimic does calling yearlings, yearlings calling siblings and barking in April to rile up territory bucks establishing their dominance. Calls are cheap but practice at home first otherwise deer backsides will be your only vista!