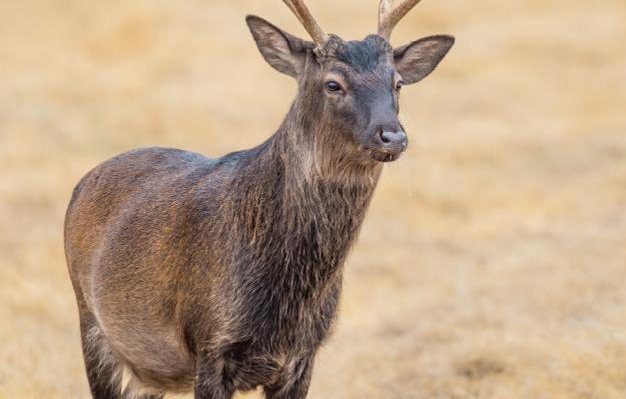 My visits to the highlands of Scotland this year have been more random, grab a long weekend when I could, rather than planned due to my work commitments. But things still worked out OK having my presence felt both with the number of deer taken and the amount of work carried out on the land. The only thing I haven’t managed is the cull figure I set myself on the red and sika stags on my estate in Invernesshire, due to me booking in two clients.

I left the ground alone to give them the best chance of success. One stalk I exchanged for the chance on some Chinese Water Deer and Muntjac, which didn’t turn out well due to him having to return home after just one day due to ill health! The other client successfully won the bid for two days/ four outings that I donated to the British Deer Society, but as I don’t travel all the way to the highlands just for two days, I offered him seven at no extra cost, which he accepted (no surprise there). The only problem was the weather; it was like late spring early summer without a breath of wind and so quiet with not even a bird singing, really eerie.

With the slightest sound magnified, not ideal conditions at all for stalking. Even sitting in the heather (comfy or not) you’re bound to move sooner or later and so make a noise alerting every living thing around of your presence. But sometimes it’s not just the conditions that makes it hard to put one in the bag but the deer themselves. Knowing the species habits certainly helps if you are to be successful and if you don’t know their habits, then as I have said before, listen and take on board what you’re told from someone who does.

Out of the four species of deer I have stalked; Red, Roe, Fallow, and Sika it’s the Sika that’s without question the hardest to get to grips with! Normally, if an area is not disturbed too much, a deer will soon settle down and start feeding again after being spooked. Or, if when you are spotted you freeze, a deer will look at you then put its head down again as if to feed, only for it to suddenly lift it again to try and catch you out. It will probably repeat this four or five times until it convinces itself it was only seeing things, before calming down to carry on its business. But Sika are totally different; firstly they are more nocturnal than any other species and will stand for ages looking out from the cover of the trees, making sure that it’s safe, before coming out into the open. They also seem to have a photographic memory of their surrounding area and are quick to notice something out of the ordinary or out of place. If so, and once you’ve been spotted, it’s no good freezing, they are off like a race horse out of the stalls; plus there’s never one on its own, meaning more chances of you being seen.

After reading this article so far, it might make some stalkers give up before they start, while others will get excited and can’t wait to put their skills to the test. As with all stalking, there’re a number of essential bits of intelligence you need: knowledge of the land, deer habits, knowing where they lay up during the day and knowing where their wallows are. When correctly employed, these will greatly help to swing things in your favour, as will patience. Building up such knowledge takes time, remember there’s stalking then there’s shooting. Most keepers have taken out clients that think they are stalkers, when all they have done is taken park deer, which is a whole different ball game! As it is from a high seat, waiting for their quarry to show itself.

Not knocking it, as that calls for a lot of patience and sometimes it’s the only way to put one in the bag!

But to be on the same level as the deer, where every move you make is enough to send them into panic mode and disappearing into the trees is something else. Once spooked, Sika will take a few days to calm down and get back to normal. On one small estate where I help out with the cull, the ground consists of two large plantations fenced off and void of any deer and a third area of low moorland, unkempt wood and scrub. Hard going but a haven for Sika, which is also fenced off, though the deer are free to come and go as they please when the water level’s low in the river, by following the river and ducking under the fence; something we can’t do anything about.

We had fixed a loose piece of fencing with a log to add weight; the idea being as the water levels rises and falls, so does the fence. But it just collected so much debris, and with the force of the water, pushed a large section of fencing over. However, knowing some deer when disturbed will head for the river to escape through the gap it’s a good place for someone to stand over while someone sits it out in one of the two high seats, while a third stalks the wood.

This is what I did on this occasion and not a bad thing, especially if the wind keeps changing direction the deer know you are there (somewhere) and will prefer the cover of the wood, rather than risk making a break for it. I know if I don’t hear a shot from one of the two guns the deer are going round in circles in the wood, so time to change tactics and cut through the middle of the wood, find a spot and wait!

No sooner had I got to a bit of a clearing and set up my sticks, a number of hinds showed going from one clump of trees to another, followed by a stag; trouble was I was facing in the wrong direction. Shall I stay as I was in hope they would come round or attempt to move? Watching the deer, they were all looking back in the direction they had come from, so I decided to lift rifle and sticks in the direction of the next clump of trees.

I was counting on the stag stopping somewhere between the clumps of trees, if all went well I would have to be quick to get a shot off with them being twitchy. Why is it at times like this you don’t take notice of where you’re standing? Lifting my sticks I got all fingers and thumbs and the legs got caught in the long grasses, folding up partly at the same time as the deer started moving. I ended up grasping rifle and one stick with the other leg sticking out to the right when I took the shot (a little) high but stopped the stag on the spot.