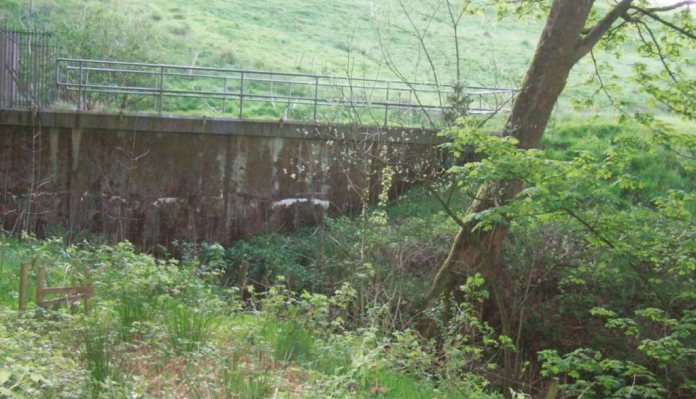 My weekend started with a phone call. I was just about to settle down for the night when I answered the phone to a lady laughing hysterically. It seemed her husband had also settled down for the night when he saw a fox cutting across the hillside towards the wood. Now, this guy hates foxes with a vengeance, so much so he jumped up out of his chair spilling his pot of tea over the cat, which got its own back by getting under foot, sending him flying. Picking himself up, he grabbed his trusty side by side and headed for the wood, hoping to intercept old Charlie. Did he get the fox; no!

He made it to the wood in time, gun raised and just about to blast it, when his mobile rang and the fox did a quick about turn and disappeared along the hedge. I could not hold back my laughter as the expression on his face was priceless. Still laughing I got my Tikka 243 from the car loaded up and started to make my way to the wooded valley, thinking the fox would be long gone. Walking down the narrow muddy path, getting snagged on the brambles, I looked up across the narrow valley into the field opposite, when something caught my eye coming in from my left.

There he was, bold as brass, walking from my side across a small bridge into the field on the opposite side, not 50 ft away. At that distance, I could take him on the move, but I didn’t need to; as I raised the rifle, the fox must have seen me move and froze, I touched the trigger and it was game over! From the car to actually bagging the fox took me no more than 15 minutes.

Job done, I headed back home to get ready for an early morning stalk for fox or roe buck. I had no idea where I was going to go and would make that decision in the morning. I awoke at 3am and still had no idea until I got on the road. I settled for some high ground overlooking a large open valley where I’ve had a good number of foxes and five roe over a six year period. Parking up, I walked the 200 yards and spied the valley, but nothing, so decided to cross the lane onto the other part of ground.

Not far from the lane I saw something in the corner of the field; slowly raising my binoculars, I could see it was a roe buck looking straight at me. I set up my sticks and positioned the cross hairs on its neck, one touch of the trigger and it was in the bag. I gralloched it and carried my prize over some uneven ground back to the van, while being watched the whole time by another buck and doe. I made it back but was on my last legs, either it was a good weight, or I am getting old!

Getting my breath back I drove to my next farm for a quick look and found everything OK and no fox sign. As it was only 7am, I thought I would push my luck and visit where I had bagged the fox the previous night. Parking up facing the hill side, I spied the hill and the little wood above but nothing showing. So, do I go up the hill to the wood, then on to the neighbour’s ground, or down to where I had the fox? At this time of year, they are bolder and stay out longer, so there is a good chance of catching one out in the open foraging for mice. So, I went up, skirting around the edge of the small wood so as not to stick out like a sore thumb.

The wood is pretty open with no ground vegetation; as long as I take it slow, I should get away with it. It’s movement that draws attention, then your silhouette; two minutes to get kitted out and I was ready but not before checking out the little valley by the side of the buildings. It’s a known fox run along the bottom, then up to the pig pens undetected. Well worth standing on the corner for a while checking for any movement, but after 30 minutes I saw nothing except a roe doe and some squirrels, more work for later!

Once I got to the wood, I stood quietly with my back against a tree straining my eyes almost wishing or visualising a fox showing itself from one of the many likely places. After a while, with no sightings and feeling the urge to move, I continued towards the corner of the wood to where it overlooks a large field. I’ve had a number of foxes here as they come through the fence at the far side, slowly working their way up through the field towards the wood again.

Once I got to my place of ambush, I stood quietly, not forgetting to keep an eye on the wood behind, but once again nothing, so decided to move on. Suddenly, out of nowhere, a roe buck appeared in the middle of a clearing on the edge of the wood; we were both out in the open, we looked at each other for a few minutes before he turned and made off. I waited 10 minutes for things to settle, turned and started to make my way back the same way as I had come. I was 70 yards from where I had first stood on the edge of the wood, when, just like the buck had appeared, a fox did exactly the same thing. Quick, as always, it spun around and headed back to where it had come; win some, lose some!