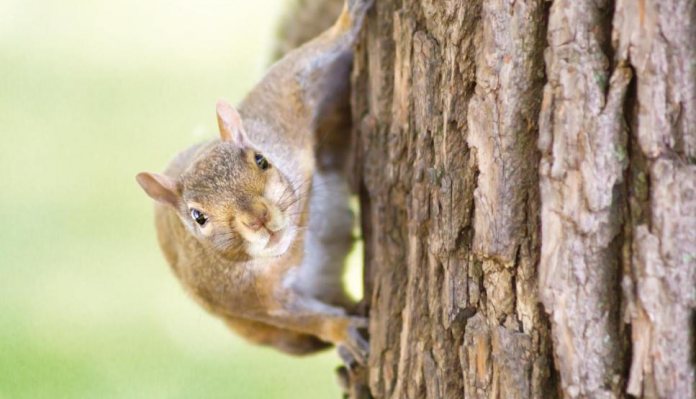 My son has always taken a keen interest in all that I do and I remember buying him his first air rifle. And though he’s stalked deer with a rifle and also shot birds with a shotgun, it’s his air rifle that’s still his favourite and he’s pulled off some brilliant shots. Now he has a son who is using a BSA Ultra in 22, under adult supervision, as he’s still under 14. The butt had to be shortened a bit to fit him but that was not a problem and with instruction from his dad on safety, gun handling, marksmanship and responsible hunting practices, it seemed the time was right to take him out for the first time.

We made off to a local farm that’s getting pestered with grey squirrels, pigeons and crows. As we drove in past a wood, the trees were heavy with woodies; so too good a chance to miss! We got kitted up and walked back down a hedgerow to get within range.

My grandson’s keen eyes spotted some birds and with a nod from his dad raised his rifle and took the shot bringing one down to earth with a thud; great start! My son also took one and after picking them up we made our way to the end of the main building where the pigs are housed and startled six or so magpies.

We made a plan; I was to stay with my Grandson, while my son went to the opposite end of the wood watching the valley floor and the beech trees. As anyone knows, air rifle hunting takes a lot of patience, my Grandson has been practising in the back garden and as long as he’s resting it, he can hit the target. We would soon see if he has the patience and whether that first shot was just luck! I just hoped he would not lose interest before something else showed.

Two things in our favour though; at this time of year ground cover has died back and the trees lose their foliage, making observation easier. Also, with food harder to find, everything has to forage for longer, so making more targets. Squirrels were number one on our list and here’s why- it’s not just the food they take, it’s the damage they do to the trees and the nesting sites they take over from the song birds. So now it’s payback and it’s this kind of shooting that helps hone your stalking skills! If all went well we’d make a dent in the squirrel and crow population. And at the same time give my Grandson his first experience of taking live game while teaching him as much of the dos and don’ts without over loading him.

I stayed with my Grandson at the corner of the main building closest to the beech trees, one thing I had not done was to put some bait out. I have tried a number of baits; one is obviously nuts but all they do is grab them and run off, not staying still long enough to make the shot. Peanut butter is the best, when pressed into the rough bark of a tree there’s nothing to run off, so they stay and lick it off and its lights out! Rats will also take as much as you can put down; like all bait stations, it’s best baiting a few days before.

We stayed watching and waiting until I could see my Grandson was getting bored, so decided to take a look around the farm buildings. I eventually met up with my son spoiling his chance of a squirrel, as there was nothing much happening to keep the interest going. So we all did a little plinking before heading back to where the pigs are housed, not a thing in sight until I noticed a flick of a tail by the base of a beech tree, before disappearing . Had it gone up or was it still on the ground?

We scanned the area for movement but that was the last we saw of it. Changing places again only to keep the interest going, we came across a little hot spot; three or four, maybe more, squirrels down on the valley floor; it was hard to tell how many, as when you lost sight of one, another would appear. If only I’d planned things better- I knew I should have baited up! It looked like if one found something amongst the leaf litter, the others would charge over to investigate, all the time moving further away. It’s impossible to predict which way squirrels are going to go when they are foraging; they will set off at full speed chasing each other, and then quickly change direction completely.

Not lucky but good

The only thing we could do was to sit, watch and hope a shot would present itself; at least it’s got everyone’s interest. Then, as fast as they all appeared, they vanished all except one coming head first down an old oak tree slowly as if looking, realising the others had left. Suddenly, my Grandson shot and the squirrel responded by first running up the tree before falling; it can’t be two lucky shots, as both had connected square on.

Not wanting to be out done by his son, my son wanted to go for one last try by the pig pens, while we were going to make our way back to the car. As luck happens, just as we were going our separate ways, I looked up and saw a squirrel sat in the fork of a tree, after two shots it fell bringing the total count to father and son one squirrel and one pigeon apiece and me nil!