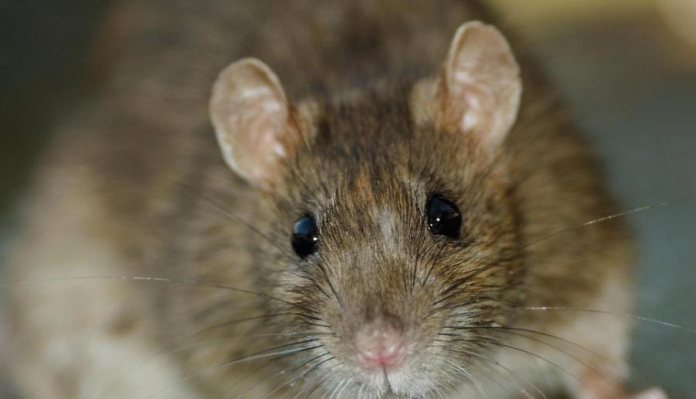 I’ve been so busy over the past few weeks with work and personal problems that I don’t know where I am up to, so much so that I never noticed rats had moved in and were living on my doorstep. When I say doorstep, I mean my back garden; talk about getting caught with my pants down, and it’s all my fault! As while I’ve been building my workshop with a built-on butchery department, which when finished will be fully kitted out, I have not been clearing up after myself. In my defence, it’s taken me months to build, grabbing the odd day here and there. Apart from the off cuts of wood that my friend took for his stove, everything else has been left. This provided the right kind of undisturbed habitat for the rats to dig in and call it home, coupled with the bird table makes it an ideal place for them!

Now I had the problem of getting rid of them (a lot harder) than just clearing up after myself. But now I didn’t want to tidy up without accounting for some, as the rest would disperse. So I kept things as they were, including keeping the bird table topped up. I did two things – first, remove small items, so as not to disturb them while giving me a better view of their runs, so that I can get a clear shot with my Air Arms S410 air rifle. Second - put down bait boxes with snap traps without bait or poison in them. I only use poison in extreme cases and with it you always get a little spilt outside the box by the rats and the last thing I wanted was for the song birds to pick it up or even mice.

Vermin are naturally curious and will investigate piles of wood, dark corners, holes, and tunnels and even the bait boxes. The rats were so settled they were coming out during the day when I am at work, not too much of a problem. But leaving the living room lights on, curtains open and the work shop lights on it will give me just enough light to be able to snipe them from my bedroom window. So a little arm chair shooting was called for.

Sat in my armchair, TV on, patio doors open, with my air rifle in readiness seemed like a plan. I just hoped it worked out, as I am writing this article as it happens, unlike most articles I do the job then back track, putting into words what, why and when; even then, if I mess up you know about it. But this time it was different, as I’d all ready messed up once by inviting them in due to my tardiness.

A week passed with nothing in the traps, so either they weren’t in the right place, or I have to extend the entrance to the box by covering them to make it more inviting. My first night standing at my bedroom window went a little better, bagging one, while the others were either too quick or stayed in the shadows, denying me a shot. But I did get a second at 07. 30, as I was leaving for work just as day light showed. Problem is, you never know how many there are, only how many you can see. In the workshop at my previous house, we had a mouse; the kids used to put grapes and all sorts of food down for it, just to watch its antics.

It was only when I found all my instruction books and cardboard boxes had been made into bedding for a nest, I knew I had to take action! I set a live catch trap and 16 were evicted and relocated. Vermin breed from an early age at a phenomenal rate, and if left unchecked, the results can be catastrophic. So I had to get on top of the rats as soon, as and I was keen to see if gun or traps worked best.

Though rats come out more readily, they will still keep close to cover or in the shadows to try and avoid predators. In the day you can often see a nose popping out a few times, as if building up the courage to make a quick dart for food and make a hasty retreat back to the safety of their burrow. Even spreading peanut butter on a brick or stone won’t get them to stay for longer than a few seconds. Blink and you’ve probably missed them!

Around 2pm is the time my wife says they start to show and the activity can last for up to 30 minutes. So I was ready in my comfy seat, but a feral cat’s untimely arrival at the patio doors wanting to be fed ruined any chances of bagging a rat. If my wife was to stop feeding the cat it might help to bring out it’s natural instincts and sort the rats out for me. We’ve watched it with the birds and it does not even look at them, let alone try to catch one.

So, I had to go back to standing at my bedroom window for an hour at a time, ready to shoot. Good job I am in with the neighbours, as though an air rifle is quiet, it can still be heard and a gun barrel sticking out from a bedroom window can be a little unnerving for some and could result in unwanted police attention! As it‘s unlawful to discharge an air rifle no less than 50 feet from the centre of a highway, which might also include being in your property. So be careful, as it’s easy to fall foul of the law unknowingly.