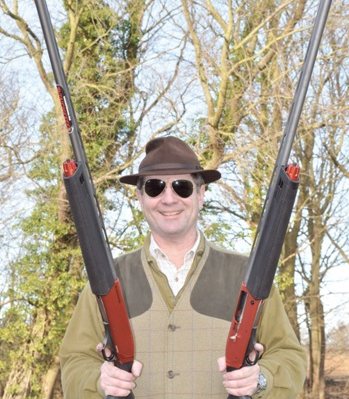 Last month we took a broad view of clay guns, so this month I wanted to be a bit more specific about brand and models. Let’s jump in at the deep-end with the two big names…

I don’t think there is any modern gun that offer better value than a Browning 525 Sporter or Beretta Silver Pigeon 1. The basic grade Miroku MK38 sporter and trap guns are also fabulous buys. You just won’t get more bang for your buck than these very popular models offer. They are popular for good reason. They’re A1 in all departments and won’t break the bank. If you are buying secondhand – and there is a lot to be said for buying a ‘pre-loved’ clay gun in good condition – make sure of the precise model.

The latest 525 has Invector Plus chokes – also marked Invector Plus on the side of the monobloc – and lighter barrels. It is significantly better than its predecessors in my opinion (the 525s generally have chrome bores which is a useful feature too). If you buy the 525 (RRP from £1391 for the Grade 1) or Silver Pigeon (RRP from £1700 for a Sporter), I would advise the 30-inch Sporter (a do anything machine which will also shoot game very well). If you go the MK38 route (RRP from £1583 for the Teague choked Sporter), my choice would be for 32-inch barrels. The latter gun is a particularly good choice for those who might want to shoot sporting and DTL with the same gun, and it will also do excellent double service on high-pheasants if required.

If you want to spoil yourself, the upmarket versions of the MK38 5 (£2740) offers exceptional value for a hand-finished and regulated gun with good wood.

There are other choices. The new Browning 725 (from £1999) offers a lower action design than the traditional B25 inspired guns, as well as a clever new DS (Direct Seal) choke system. This involves a copper ring compression seal at the rear of the choke (the threads, unusually, are at the front). Forcing cones are elongated, and the single trigger is mechanical. There is also an ‘Inflex II’ recoil pad made of a very light high- tech polymer. It is highly efficient and is designed not just to compress in the normal manner but to take the recoil force downwards as the pad comes under pressure. The new 725s come with deluxe engraving too (£3999 grade 5), and in a smart black actioned limited edition model (£2479). I like both the 30- and 32-inch versions (the former would be my preference if you want to take the gun into the field – indeed, I think it is one of the best game shooting guns there is in 30 Sporter form).

Other up-market choices from Browning would include the attractive side-plated Heritage models (from £5689 for the Sporter) and, the Belgian Custom shop built B25s. The latter – the famous ‘Superposed’ — start at something over 12K these days, but offer value for a bespoke gun. My choice would be a 32-inch B2G 208 Sporter at £12,390. The Belgian B25s still offer great handling qualities and lighter barrels. There are few guns more pointable than a B25 32-inch with a fairly narrow rib. Delivery time is about two years now.

With Beretta one really is spoilt for choice, easpecially with the terrific Silver Pigeons and the similarly actioned 686 EVO (RRP £2050). The EVO is a very solid gun with Optima extended chokes rather than Optima plus or HP chokes. There is also the SV10 chassis Prevail 1 Pro (from £1900) to consider and the relatively new 692 dedicated clay buster (RRP from £2900 for trap gun, with Sporters from £3200). It is a superb gun and one of my favourites from the current crop. It has a slightly wider action than the 68 series guns, a semi-taper bore, Optima plus chokes, and a balancer system in the stock. It shoots extremely well and was designed as the replacement for the 682 Gold E (another outstanding gun and a good buy on the secondhand market). The 692, though, is a hard gun to fault and the plain aesthetics will appeal to many puritans like me.

Moving up the Beretta range, there is the premium DT11 at £6550 for the trap model and a Sporter at £6750. It is just about at the top of the Beretta range (if we exclude SO sidelocks and EELL and Jubilee side-plates). The nickel plated action is 3mm wider than the old DT10 (so even wider than the 692). This adds weight in the middle of what is quite a chunky (8lb+) gun. The DT11 has new barrel geometry too incorporating both back-boring and a taper. The first three quarters of the ‘Steelium’ barrel tapered, then there is a short parallel section before the choke. The multi-choked (Optima HP) Sporter ends with a bore diameter of 18.6mm before the lead to the choke, whilst the fixed choke (three-quarter and full) trap gun is 18.4mm before it is finally constricted. Like the Browning 725, the Beretta DT11 has an ultra-light weight ‘Microcore’ polymer pad with a honeycomb structure. The stock of the DT11 (which is oil finished) is also more amply proportioned than that of its predessor, the DT10. It may be a big gun but it is a very good one.

That might also be said of the Perazzi MXS, MX2000s (the fixed trigger Sporter model as used by George Digweed), and MX2000/8 (the classic detachable lock Perazzi evolved from the MX8).
The MXS is the new, less expensive model which dispenses with Boss style draws and wedges and is not offered with the famous Perazzi bespoke build service but rather with two standard off-the-peg stocks. Nevertheless, it’s an excellent gun, and when I shot it recently I could not tell the difference between it and its more expensive siblings. The RRP of the MXS is from £4995. The MX2000s and MX2000/8, which do offer a full bespoke build, start at a still reasonable £8500. I have to say though that I think that these guns offer one of the finest bespoke buys on the market; fabulous design, fabulous quality, and an Olympic winning pedigree. 90% plus of Olympic shot shooters choose Perazzi, which is quite a recommendation, as well as being the choice of George. There are, of course, deluxe Perazzis on offer too with and without side-plates.

Kemen also make a Perazzi- like gun, the KM4, which many, myself included, believe to be a very fine sporter in 32-inch barrelled form. I have had several of these, and, when they are good, they are great (though not in my opinion made with the same consistency as a Perazzi, though arguably handling better in some forms). The latest guns have a taper to the box that holds their detachable trigger mechanism.

The Kemen copied the Perazzi MX8 in essence. As far as Sporting was concerned, it improved the stock shapes and the dynamic handling of the barrels. I have, however, had barrel wall thickness issues with some Kemens (as I have had stocks crack), though when they are right, I believe they are arguably the finest Sporter in existence. If you buy one secondhand do check for the issues mentioned, including having the barrels measured by micrometer. The man to go to get one from (for about 9K) would be Mike Meggison at Kelbrook Shooting Lodge.

Krieghoff, imported by Alan Rhone, is another marque that has done especially well in competition. They are big, heavy, well-made, guns – an evolved version of the old Remington 32 with a sliding top-cover action and mechanical selective trigger. The K80 Sporter starts from £9200 with fixed chokes and multichoked guns commence at £9865. The barrels in most Krieghoff models are rib-less and have a hanger at the muzzles which allows for point of impact regulation. There is also a new parcours model with conventional joining ribs and a faster handling characteristic. It is one of the few recent guns that I have not shot, but I have heard very good things about it from people whose opinion I trust. It starts at £9400. And I might add that I have a lot of time for Alan who is a master gunsmith in his own right.

The Blaser F3, RRP from £4626 in clay form, is another popular competition gun. It is distinguished by a very low action profile, a modular build system, and a most unusual in-line sliding hammer action. The selective single-trigger is also of interesting pattern. I shot my way right through the range recently in Germany at Dornsberg and had few complaints. Indeed, I thought the gun had distinctly improved since they were launched a decade or so ago. The F3 professional in 30-inch form would be my pick, although there are some attractive deluxe models too with and without side-plates.

We have not mentioned Guerini yet, a firm which has stormed the British market in the last few years. Guerini’s latest offering, via Anglo Italian Arms, is the Invictus which has a most interesting action design which reverses the normal hinging arrangement (there are studs on the monobloc and recesses at the knuckle) as well as moveable bearing surfaces to the front which allow the gun to be tightened without major gunsmithing. It is very attractive aesthetically too and has an RRP from £3265. I have a particular soft spot for the side-plated Maxum sporters in 32-inch from RRP £3211. I shoot a pair of Maxum 20 bore sporters at both game and clays. They never let me down and I would say the Maxum model offers not only exceptional shooting qualities in long-barrelled form but exceptional, indeed, outstanding value for a deluxe gun. Guerini also offer the Summit, a no nonsense mid-market competition gun from £2157, and they had some considerable success with their high rib Impact range from £3519. I like highribs for trap work, but they can also be useful to sporting shooters who close one eye.

Gas operated semi-autos can be great clay shooting guns and Beretta, Browning, and Winchester all offer good options. Beretta have replaced the 391 with the 400 series (from £1495) which have a rotary bolt-head unlike the vast majority of 300 series guns. Beretta have put a lot of research into the new gun and offer it in many models including a 32-inch Sporter (Xcel 400 £1640 or £1740 with rear end Kick-Off recoil reducer). I also especially like the 20 bore version of the 400 (£1495, £1595 with Kick- Off), which I think is probably the best 20 bore semi Beretta have ever made and is notable for its lack of recoil (and ideal ladies or training gun). Browning have the excellent, well-priced Maxus (RRP from £1155 for a composite stock model), Winchester have the even better priced (and also great shooting) SX3 (from £786 for the composite model). These are all terrific guns, I also think the 30-inch 390s and 391s offer particularly good value secondhand. Indeed, there are few guns which shoot better than a standard wood-stocked 30-inch 391. Benelli offer some good inertia actioned semis too. I especially like their Comfor- Tec models which effectively contain the slightly greater recoil of this type of guns.

Finally, we have not considered budget guns. RUAG (who distribute Perazzi) also offer the excellent value Bettinsolis o/u guns with or without side-plates from £750 for the boxlocks and from £1150 for side-plates. Edgar brothers have a wide range of well- priced Turkish semi-automatics (which have much improved in recent years – indeed, they are now selling some of their technology to the Italians). My advice, however – and though it might involve a bit of extra expense – would be to get a secondhand Browning or Beretta Sporter instead, because I think their handling qualities are generally better). I’ll end with this: one of the best secondhand clay buys out there is still an old Miroku with shorter barrels.