HFT Diary:All Change at the Worlds 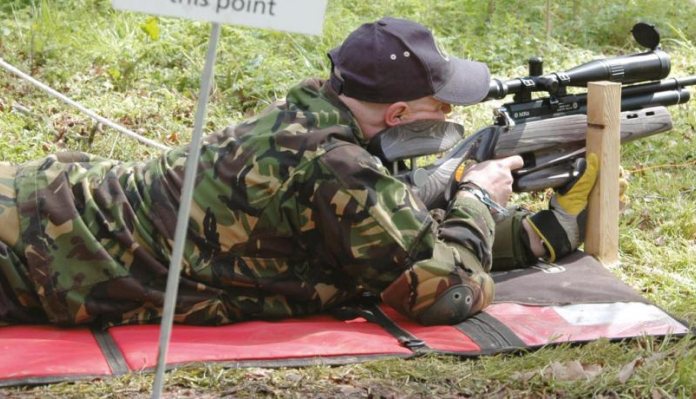 Late to the diary comes the dates for the forthcoming HFT Masters Series in 2019, and with Roger Lait and his team planning the final details, it looks like being another busy season for all us competition nuts. Good news indeed. The dates are listed at the end of this article, and you’ll notice that, just like boxing, we have those rival World Championships; with the HFT Masters version taking place in Poland in June. Sadly, I will probably have to miss that one, but consolation comes with the well-established UKAHFT ‘Worlds’ title taking place later in the year - in the UK.

The Kelmarsh Country Fair in Northamptonshire has played admirable host to this prestigious event for some years now, but with the show normally being held over the Easter weekend, it’s not an exaggeration to say that erratic and unreliable weather at this time of year has caused mayhem and chaos for the organisers on several occasions. Minus 6⁰ for both days comes to mind, shooting on sheet ice that never thawed, no really, then there was the recent year when the organisers called a halt to day two, due to crazy wind conditions, scoring everyone over just one day! Predictable disquiet in certain quarters, but with shooter safety paramount, the organisers simply had no choice, since falling trees were a likely outcome. Portaloos were blown over, which gives you some idea as to what they had to deliberate over! (imagine being caught in that?)

Well, all that is set to change in 2019, as the UKAHFT World HFT Championship moves to a new venue, the Midland Game Fair, held at Weston Park, normally on the second weekend in September 14th and 15th this year. Weston Park maybe new for our championship, but I have been going to the Midland Game Fair, almost without fail, for 25 years odd on the trot. The ‘V music festival is normally held a couple of weeks before hand, and the prestige of the venue does make it a genuine pleasure to visit. I love the place, and the surrounding area is fascinating too, with all our industrial heritage just a stone’s throw away.

Of course, the small matter of the European Field Target Championship kept me occupied at the Midland for most of my attended years, so it will be exciting to get back there, and sample the atmosphere. Just having the spectacular show taking place as a backdrop, really adds to the weekend, and if you’ve never been, the show is a great example of country sports and well worth seeing, even if you aren’t competing in our top tournament. But for those of us that are, the fact that pre-booking started in the new year, and has already hit the 300 mark at time of writing, only serves to ratchet up the excitement and sense of anticipation for ‘the big one’. The maximum entry book is normally around 360, so if you’re thinking about it, get in quick! Those places will not be around for long. An entry form and application details are all on the WHFTA website listed below.

As for entering either of the national series, the HFT Masters take a very relaxed approach, and booking at these can often be even on the day. Facebook is increasingly playing a part, although the organisers are maybe a little over relaxed about sharing their info! By contrast, the UKAHFT Series needs a pre-booking form to be submitted, highlighting which events are planned, with an accompanying cheque to cover the appropriate fees. Again, sometimes it is possible to get a late booking nearer the time, or get placed on a reserve list, if and when shoots become fully subscribed. Either way, keep a check on the websites below for any changes and full entry details. Latest shoot dates for 2019:

For pre-booking application forms and downloads regarding established UKAHFT events (where bookings are possible), and all the latest information on anything connected with Hunter Field Target shooting, take a look at the following websites: https://sites.google.com/site/ukahft/ and www.shooting-the-breeze.com https://sites. google.com/site/whfta1/

HFT Masters have been developing their website at www.hftmasters.net so it should be confirmed soon. They also use www.facebook. com/hftmasters/. For details of their own World Championship, check out www.whfto.com.