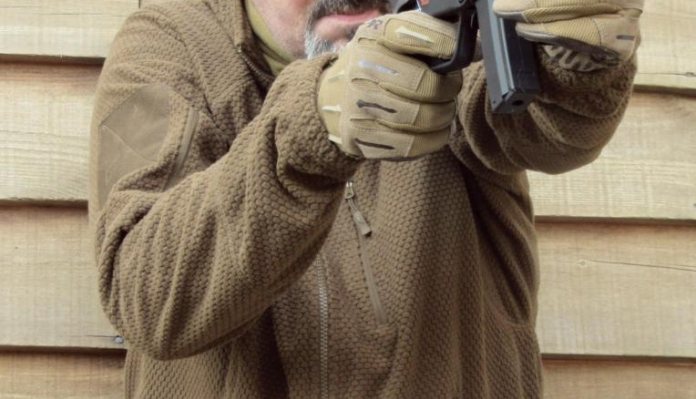 It seems to me that every week these days someone else is opening a new CQB site; within easy driving distance of my home I can visit Darkwater ‘After Dark’ CQB during the week, and at weekends I have a choice of either South Coast CQB or 1066 Airsoft, both of which offer a full day skirmish in confined spaces. If I fancy something a bit bigger, then an overnight stop will avail me of the likes of Strikeforce CQB in Gloucester or Grange Live Gaming in Birmingham. The choice is quite literally better than ever!

Once just a part of a wider skirmish, Close Quarter Battle, or simply CQB, airsoft has really taken on a life of its own. The vagaries of the British weather have little bearing on an indoor site, and the kit needed is much more straightforward; gone is the requirement for a pack full of gear, for waterproof clothing and footwear, and for long slogs to and from the Safe Zone, as with CQB airsoft you simply turn up, pop on a belt rig carrying some extra magazines and your pistol, pop on your eye protection (most CQB sites recommend fullface protection for obvious reasons!), grab your RIF and have at it! It’s fast, adrenalin-fuelled gaming, and is quite addictive when you get into it.

It also means that the requirements for your choice of airsoft replica can become much simpler too; in most CQB environments your maximum engagement distance is rarely going to exceed 10m, and most of the time it’s going to be even more ‘up close and personal’ than that; add to this that many CQB sites will now ask you to play on semi-auto only and you’re into a whole new world! Gone are the requirements for AEGs with the highest possible legal power levels, and gone is the need for rattling high-capacity magazines; in many ways CQB takes us back to a much simpler era of airsoft, albeit that you need to be as quick and agile as ever!

One particular replica springs to mind whenever I personally think of CQB environments, and that’s the venerable Heckler & Koch MP5. This little submachinegun really won its CQB ‘spurs’ as it was the firearm carried by the SAS on that fateful day on May 5th 1980 when they stormed the Iranian Embassy, and just like in the real world, there are many airsoft variants to choose from, but if you want to keep things as light and compact as possible then the MP5K seems the exactly right tool for the job!

Back to the future!

During the early to mid-1960s, it became apparent to security forces worldwide that the rise in terrorist atrocities was a trend that they had to counter and for this reason many police and military units started the hunt for a lightweight, accurate, pistol calibre sub-machinegun (SMG). The Germans of course had a bit of a history with SMGs and ‘machine pistols’ and two companies, Carl Walther Waffenfabrik in Ulm-an-Donau and Heckler and Koch (H&K) GmBH in Obendorf-am-Necker were at the forefront of the development process. After a close run ‘head to head’, the MP5 was chosen, and a long service life began.

H&K looked at their successful G3 rifle designs, and then adapted things to make use of the 9×19mm Parabellum pistol cartridge. The MP5 was created within this group of firearms and was initially known as the HK54. First created in 1964, the H&K MP5 was developed as a pistol-calibre, blowback operated rollerlocked member of the H&K weapons system, and in 1966 it was officially adopted by the German Federal Police, border guard and army special forces.

In repeated and exhaustive testing, the MP5 has proven capable of firing more than 30,000 rounds without a single stoppage or parts failure and it is not uncommon to find MP5s still serving with in excess of 500,000 rounds through the original barrel and receiver! Still regarded of as one of the most reliable and effective submachine guns in the world, the MP5 has become the choice of the worlds’ most famous elite anti-terrorist, special operations and special law enforcement organisations.

Any variant of the MP5 is both compact and light-weight, but when it comes to sheer minimalism, the MP5K take the prize! In 1976, a shortened version of the MP5A2 was introduced; the MP5K (K from the German word ‘Kurz’ or short) was designed for close quarter battle use by special units, especially in a close protection/bodyguard environment.

The MP5K does not have a shoulder stock (the receiver end was covered with a flat end cap, featuring a buffer on the inside and a sling loop on the outside), and the bolt and receiver were shortened at the rear. The resultant lighter bolt led to a higher rate of fire than the standard MP5. The barrel, cocking handle and its cover were shortened and a vertical foregrip was used to replace the standard handguard. The barrel ends at the base of the front sight, which prevents the use of any sort of muzzle device.

The MP5K is produced in four different versions; the MP5K, MP5KA4, MP5KA1, MP5KA5, where the first two variants have adjustable, open-type iron sights with a notched rotary drum, and the two remaining variants have fixed open sights. The MP5K retained the capability to use optical sights through the use of an adapter.

In 1991, a further variant of the MP5K was developed, designated the MP5K-PDW, or Personal Defense Weapon, that retained the compact dimensions of the MP5K but restored the fire handling characteristics of the full-size MP5A2. The MP5K-PDW uses a side-folding synthetic shoulder stock, a ‘Navy’ trigger group, a front sight post with a built-in tritium insert and a slightly lengthened threaded, threelug barrel. The stock can be removed and replaced with a receiver endplate if the gun needs to be made ultra-concealable.

Much like its real-world counterpart, the Tokyo Marui (TM) MP5K is not a new model, which means that as a replica, it’s been through the ‘airsoft mill” and found not to be wanting. I know certain sniper mates who have carried an original TM for a number of years as their backup, and these little AEGs seem to be able to take the punishment and come back for more. Reverting to my comments earlier though, with the rise and rise of CQB airsoft, the time for the tiny TM may truly be now!

Weighing in at just 1500g, and with an overall length of just 315mm/12.4-inches, the MP5K is only slightly larger than some large framed pistols, but oh my, does it pack a bigger punch; this small size and light weight also means that it’s the ideal AEG for smaller and younger players that still want the ‘cool factor’.

If you’ve ever used another MP5 AEG, then everything on the K is going to seem simple and intuitive, as all the controls are exactly as you’ll find them on its larger brethren; the fully ambidextrous fire selector keeps the ‘bullet’ pictograms to show ‘safe, semi, and auto’, and the magazine release it where it always is, namely directly in front of the trigger guard. Although much of the K is high-quality plastic (TM’s have always been thus…) the thing is SO short that there’s absolutely no flex or ‘twist’ anywhere to be found; all of the important parts however are metal.

One unusual quirk of the TM MP5K though is where you’ll find the battery compartment, and I have to admit that this is not the most user-friendly design I’ve ever come across; TM have come up with a neat solution to the apparently zero space for a battery by incorporating a channel inside the body of the replica, which was designed for an old-style 8.4V AK-type stick battery, and which now of course holds a 7.4V LiPo with ease. It’s still a bit of a fiddle to change the battery though, as you need to pop off the front grip by releasing a retained pin, then do the same with the rear-plate, which accesses the battery compartment itself. Pushing the battery into the compartment, the ‘female’ Tamiya connector needs to pass through a tiny ‘gate’, to mate with the ‘male’ part; this is made slightly easier in that with the cocking handle forward you can access the front part of the compartment to poke the connector through. Whilst you’ve got the front grip off, you can also alter the sliding hop-up adjuster, which is found lower left.

In terms of performance, this is where TM have always excelled, and the MP5K is true to form; even with a tiny inner barrel of just on 100mm, at CQB engagement distances it shoots like a laser! The 7.4 LiPo gives a good trigger response on semi, and switching up to auto you’ll empty the short 28BB magazine in short time; luckily mid and high capacity magazines are cheap and readily available for MP5 models, my vote going to the 50BB mid. Power-wise, the MP5K is also perfect for a CQB site as on .20g NUPROL RZR BBs I got an incredibly consistent 0.5-Joule/230fps.

The standard TM MP5K comes in at £199.00 and is great value for money at that level; if you fancy something with a bit more ‘poke’ though, then TM also offer a ‘high cycle’ version at £259.00, which is essentially pre-upgraded, with a handmade, ultrahigh-speed motor that achieves 30,000rpm, and a high cycle mech-box coupled with top of the line Japanese bearings; there’s also a slight increase in power to 0.72-Joule/280fps with this model. As the MP5K has been around for a while now, there are also countless accessories available for it, so you can configure it any way you wish. All in all, this is a super little AEG, and if ‘hi speed, lo-drag’ CQB is your thing, then I’d really recommend you consider it as your ‘tool of choice’.