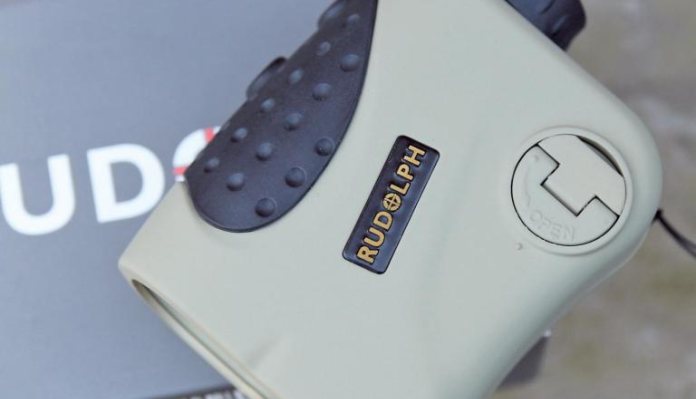 Though the laser rangefinder (LRF) is seen primarily as a hunting aid, its ability to measure exact distances is of use to all shooters. The optical industry is thick with all types of LRF, from cheap as chips to units costing over £2500. It’s your choice; as they all do the same thing and most I’ve tested are in a similar ballpark when it comes to quality of measurement. Adding a compact to this eclectic mix, is Rudolph Optics Micro 1200.

There’s nothing that special about the Micro but it appears well made and tough, giving consistent readings from 5- to 1200-metres to the usual +/- 1-metres deviation @ 100-metres. This of course is dependant to the size, distance, contrast and colour of the target, as well as the operator holding it steady enough! For hunting, if it can measure accurately up to 500/600-metres and it does, it’s good enough! The build shows an over/under lens arrangement with the optic barrel on top and the laser below. It measures a pleasing 1.5 x 3.5 x 2.75-inches and weighs 6oz, so is very easy to slip into a pocket. The spec is 6 x 21, which is enough magnification and field of view for the job.

Power comes from 1x CR2 3V cell, read out is in yards or metres and it has selectable rain mode (over 30-metres), near and far target priority, laser strength signal and battery indicator. The eyepiece is focusable and the operation buttons are on top front – ON and fire, rear MODE selection. The reticle, which comes up black, is a flat cross with a circular centre for placing the target easily. The body casing is a light green polymer, with a black rubber grip insert on top.

Compared to other LRFs, the Micro worked well, giving consistent average readings good enough to be relied upon. Its small size means that you have to be ‘cock-on’ when aiming it and holding steady.