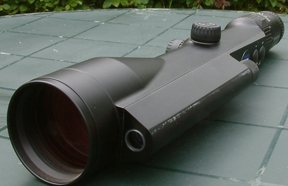 I think it is fair to say that the name ‘Zeiss’ is as synonymous with the term ‘optical perfection’ as one can get, and has been for many years. Never an option for anybody on a budget, the Zeiss range of scopes has always represented top quality in all departments but at a price.

Zeiss have three model ranges, one of them to my knowledge, only available outside of Europe. The ‘Victory’ series is the top dog here. Built without compromise in any department it represents the absolute best in optical clarity, brightness, and build quality. The ‘Classic’ series is a slightly more affordable option which, in their own words has, “many of the same features as our Victory line, the Classics provide five excellent choices for the uncompromising, but value conscious hunter”.

The ‘Conquest’ series is only available in the USA and is ‘Zeiss branded’ which I take to mean that it is built by someone else to a standard set by Zeiss. This is the most affordable way to own a Zeiss scope (if you are in the USA of course).

What I am trying to do here is to qualify the fact that this Victory series Zeiss ‘Diarange’ 3x12x56 laser range finding riflescope retails at over £2000 although it can be discounted as low as £1675. Now that’s a lot of bread by anybody’s standards and not every shooter is willing to lash out that sort of money on optics, particularly in this day and age when good glass options are plentiful and can cost less than a third of the price.

What we have to see here is that this scope is not built for any type of shooting application, but is tailored to fit the needs of the dedicated stalker/hunter in search of Deer, Elk etc. For anybody looking for versatility read ‘no compromise’ with this baby, or should that be baby monster? Well. If looks are anything to go by, read the latter. This is a big scope! Over 14 inches in length and weighing over 2lbs without any mounts it looks like the Battleship Galactica, not helped by the method used by Zeiss to accommodate the laser technology. Unlike its rivals, Zeiss have built the laser tube alongside the main scope body and this has swelled the width of the scope to 3.5 inches. A standard scope with the same 56mm objective would be around the 3 inch mark. On their laser rangefinding scopes Bushnell and Burris keep the width and shape conventional by using a laser that reads through the objective lens system; obviously Zeiss must have a good reason to believe that their method is better.

Starting at the rear, the Diarange has a dioptre quick focus system that once set should be right for all distances. In front of that is the power ring adjuster which is clearly marked off in numbers 3 to 12x and is smooth in operation with a good ‘friction’ feel.
From that point forward, the body widens out and on the left side are two function buttons that control the illuminated reticule and distance readout brightness, more of this later.

In front of these buttons is where the laser tube is grafted onto the scope body and at the rear of this tube is a knurled cap which unscrews to house the battery for the laser system. Forward of this and underneath the scope on the left side is the button which operates the laser. Positive in operation, it has a super quick acquisition time of 0.5 seconds from pressing the button to reading the range. The displayed range has a life of 3 seconds and although the shooter can re-range a target immediately, it will not read the second reading until the 3 seconds have elapsed. There is no other facility such as ‘scan’ mode offered (this is where the shooter can hold the button down and get a continuous reading for as long as he wishes). Useful on moving or hard to range targets, Zeiss seem to have missed a trick here. There is no parallax adjustment at the front end and it is set at 100mtrs.

Removing the turret caps reveals the elevation and windage adjusters that are super positive in operation. On this particular scope, the clicks are equal to 1cm (0.36inch) @ 100yds giving a useful 140cm ( 4.2ft) of vertical adjustment. The windage turret gives 100cm (3ft) of horizontal adjustment which should be more than adequate.
Markings on both turrets are just a series of vertical lines with no reference points or numbers, and the reference point on the scope body is so small as to be practically invisible to the naked eye! It can make adjustments tricky for those of us with bad memories and no numbered reference points to use.

Available with one of 5 reticule designs including a mil-dot version, the test scope was fitted with their No.66 Illuminated reticule. The image is in the 2nd focal plane and consists of a fine cross, broken in the centre with the illuminated cross. The horizontal line has two thicker posts as does the vertical line on its bottom section. They can be used for ranging purposes but only on a set 12 magnification due to its second focal plane system.

Press both function buttons simultaneously and the small cross lights up in the centre of the reticule. By pressing either one independently it brightens or dims the display including the meter readout, which is displayed at the bottom of the sight picture.
This display will always work in its brightest mode during daylight hours, but can be dimmed at night. The centre cross has a memory and when switched on initially, will illuminate at its last brightness setting. The button unscrews to allow replacement of the battery that powers the illuminated reticule.

Underneath the scope body is a channel designed for the Zeiss Diarange mounting system. This rail mounting system allows for the scope’s inner rail to be mounted into a quick release rail that locks down onto conventional Weaver or Picanny bases. The mounting interface is compatible with all Zeiss rail mount scopes and base systems that are Weaver compatible. Quick release levers allow the scope to be rapidly removed or mounted onto the rifle.

The complete mounting system retails around the £100 mark and is not included in the scope package. In fact, very little is included in the package. You get the scope, a soft bag to put it in, some lens cloths and a small handbook. I find it hard to believe that an optical instrument of this quality and price does not even come with a set of lens caps!  Also, the booklet fails to explain about the mounting system; in fact it completely ignores the scenario of mounting the scope except to say that you should get a competent gunsmith to do it for you. It doesn’t matter how competent the gunsmith is, he ain’t gonna mount this baby without a special mounting system. The book should explain this.

The ranging button is situated on the left side of the scope and so precludes left handed shooters from using it without purchasing the remote unit which - you guessed it - is an added extra. Furthermore, this unit is not infra red but relies on a wired connection to operate.

All these complaints aside, the quality of build and the optics are typically Ziess with a superb optical picture, uncluttered, bright and clear to the extreme edges. The illuminated cross is tiny but very effective in twilight situations. Its low light capability is enhanced by that 56mm objective lens which actually looks like a 44mm due to the total bulk of the scope and its twilight factor is given as a creditable 8.5 @ 3x mag and 25.9 @ 12x.

I was so much looking forward to evaluating this scope but I must say that my initial reaction is one of disappointment, simply because, optical quality aside, I don’t feel that Zeiss are offering value for money. Sticking with the same uncompromising ‘Victory’ range, at retail prices you can buy a conventional Zeiss Diavari 3-12x56 with a 30mm tube for less that half the price of the Diarange. Also, I feel that anybody willing to part with two grand for a riflescope is entitled to expect a set of lens covers and some sort of information regarding the mounting system.

Zeiss have now superseded the 3-12x56 model reviewed here with a 2.5-10x50 model which will at least be less bulky. I wonder if they have included a set of lens caps?

In operation, the laser did its job consistently on targets up to 540yds, reflective or otherwise, but I could not get it to give a reading above that, even on reflective targets. Maybe the ranges that I had at my disposal just didn’t fall within its capabilities. It should be good up to 999 meters. For what its worth, it did read ranges down to 6 meters, though I cannot imagine this capability being put to use.