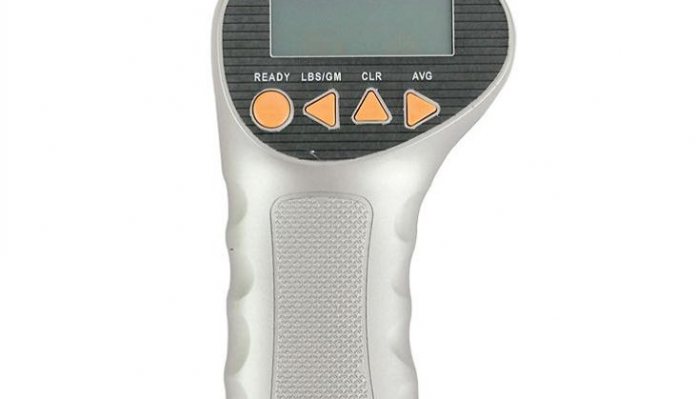 I don’t deny that as time has gone by, I have become increasingly obsessed with light triggers and of course my interest in competition shooting is to blame. But whilst many shooters and friends don’t seem anywhere near as concerned about this aspect as myself, the need for a safe, correctly functioning, predictable trigger unit, is universally accepted.

Of course, trigger performance varies widely between a simple design, with just two or three sears, to a highly sophisticated, top performance match unit, with many more components and levers to reduce the weight. But the principle remains the same- namely that the trigger needs to release the shot at the same point each time. Being able to accurately check the weight of pull of this mechanism is therefore of great benefit! On show here is a neat little device for any enthusiast out there, who wants to take the guess work out of this important aspect of our shooting.

The Lyman Electronic Trigger Pull Gauge is a battery operated (9 volt) electronic gauge, designed to accurately measure the gun’s trigger pull weight. It comes supplied in a neat carry case, and with a removable trigger hook, the whole design is remarkably compact. The gauge features an easy to read LCD display, and read-out figures can be instantly converted from Imperial (English) to Metric (European) measurement at the press of a button. The display can be switched between pounds and ounces or grams by using the ‘LBS/GM’ button and can read right up to 12 lbs in weight. But let’s face it, if the pull weight goes beyond that, the gun is best sold for scrap, as you won’t hit much!

Obviously, safety is a key consideration when using this product, and that means having the gun safely supported where it can fire either down range, or where airguns are concerned in a workshop scenario, perhaps into a padded pellet catcher. With the gun secure, the trigger hook can then be pulled against the trigger blade, and this is where that roller tip design comes into its own, keeping the gauge in position. And simulating the all-important first pad finger position for breaking that perfect shot.

If you prefer to take an average weight, then the Lyman gauge can calculate this figure from up to ten separate weight readings. In short then, this gauge is very neat, and works well. As with many aspects of the shooting sports, confidence in the equipment can make a big difference, and in that respect, this Lyman gauge is an invaluable tool, allowing as it does, the serious shooter and enthusiast alike, to keep a check on the hardware.