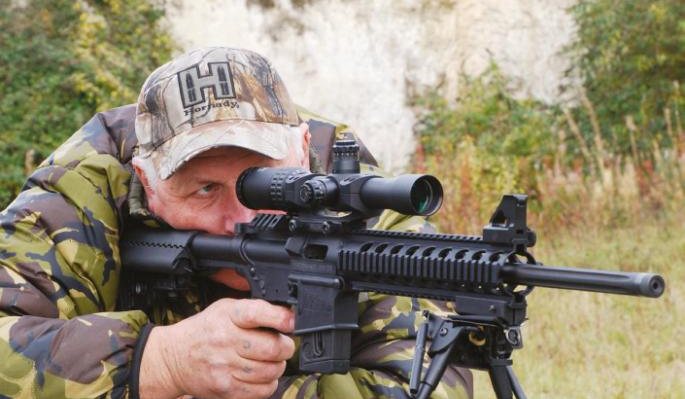 Today, we shooters are bombarded with a plethora of bipod systems, some are modern and innovative, others pay homage to what many consider the original and best product, the Harris.

They have been around for a long time and offer many versions, including long leg models, but one design that stands out is the BRS (Bench Rest Swivel). It’s the shortest of the range and originally designed for offering a stable, yet flexible support system for Bench Rest shooters. However, it has become the benchmark for most shooters who need a decent bipod. The legs are height-adjustable from 6-9”, with pre-set notches and rubber feet. They swing forward to stow under the forend and are retained by spring, stowed or deployed. The base is in two parts; the bottom holds the legs and the upper provides a rifle interface and the ability to cant (swivel) so allowing you to always have a level shooting platform. This is also tension-adjustable by a screw.

It attaches by a scissors clamp to the standard, American quick detachable sling stud. Once engaged, a screw is tightened to lock it securely into place. A true design classic that is still at the top of its game, even in the face of many copies and the modern opposition! They are available from most good gun shops; price quoted is from Sportsman Gun Centre.