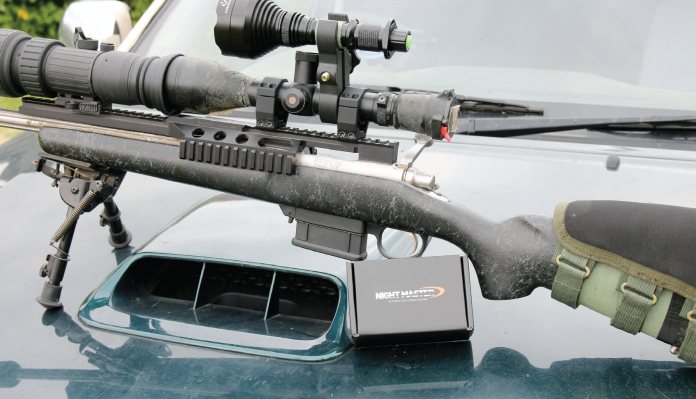 With much of the new generation of image intensifiers too much IR illumination can cause problems and the user sees too much glare making quarry identification and shooting difficult. Night Master has certainly lead the way in IR torches, initially with the 400, the 800 and Xsearcher and have recenelty added a rheostat system that can be retro-fitted to their range of torches. This will allow you to adjust the beam intensity to suit your range and requirements for the ambient lighting conditions at the time. Called the IC LED conversion kit it’s easy to fit in a couple of minutes! You remove the torches head, neck, spring and brass contact then with the tool provided with your original torch remove the contact nipple and replace it with the new neck. Next replace the old tail switch for the new one and replace the head and off you go. The conversion kit allows the user to vary the intensity of the IR thrown out depending on the conditions at the time of use and it’s an excellent addition to your NV gear! As NV users will be well aware how conditions that can affect what can be seen often vary widely from night to night.